This sleek hybrid from the British luxury car manufacturer gets a makeover after three years in the market.
Wednesday, November 10, 2021 By Farhan Shah 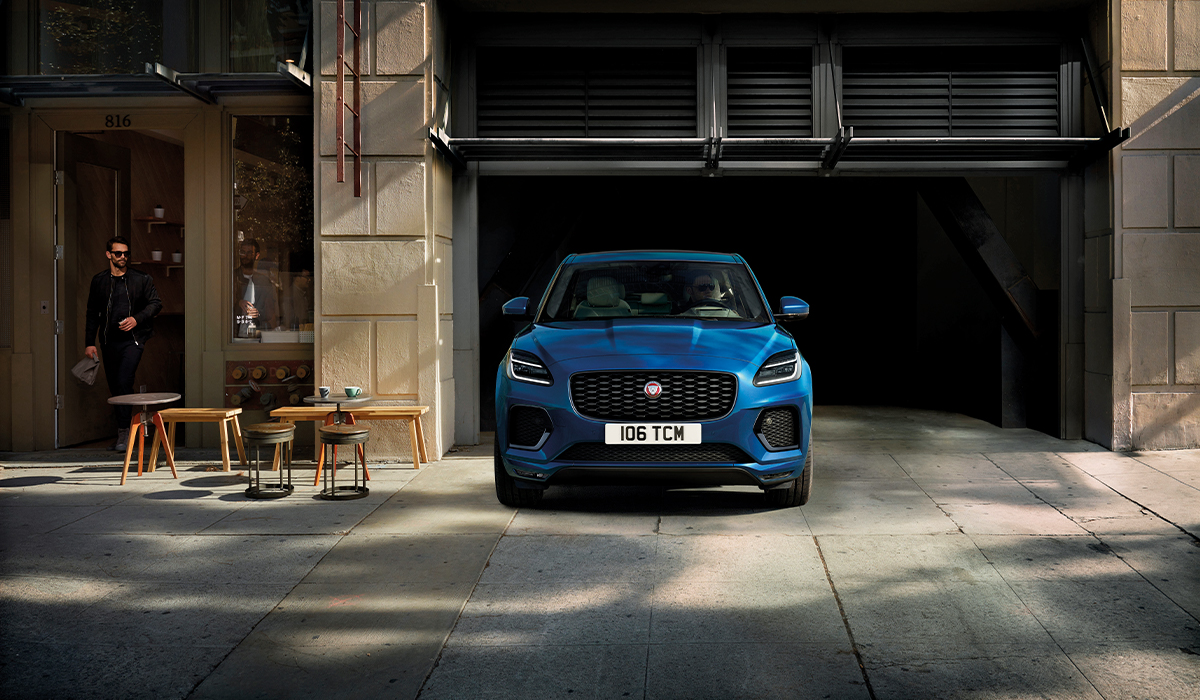 While it might have a mild-hybrid system, the E in the Jaguar E-Pace doesn’t stand for electric. For fully electric, four-wheeled big cats, you’ll want the i-Pace. The E-Pace is Jaguar’s entry-level SUV.

First launched in 2018, the car has had a facelift for a more environmentally conscious generation, hence the engineers have included an 80kW electric rear axle drive motor. Unlike hybrid vehicles, its mild-hybrid compatriots cannot operate solely on their batteries. The car’s engine and motor must work together to propel it forward.

The E-Pace’s fuel efficiency is still good without sacrificing power, which is probably why Jaguar can fit a 1.5-litre turbocharged engine that still puts out 158bhp. There’s also more than enough torque (260 Nm) for city driving and occasional, F1-style overtaking manoeuvres.

(See also: Mercedes-Benz Reinvents Itself as an EV Trailblazer)

The interior has transformed. Most of Jaguar’s new cars now come with its revelatory Pivi Pro and, in my opinion, the best in-car infotainment system in the market right now. You can access almost everything with just two taps on the screen and its interface mimics that of a smartphone. If your kids are digitally savvy, I imagine they could navigate it easily. With the E-Pace, you get an 11.4-inch curved glass touchscreen with HD resolution.

Buttons and dials have a beautiful, tactile feel now, thanks to knurled details and soft trim. Everything is thoughtfully designed around the driver; nothing important ever feels just out of reach. The headrests also feature a gorgeous embossed Jaguar Leaper. It’s a minor detail, but things like this add up to an automotive package that’s bigger than the sum of its parts. Jaguar’s design director, Julian Thompson, sums it up well: “The overall result is a more grown-up feel for the compact performance SUV.”

Refinement is the key characteristic of the new Jaguar E-Pace, inside and out. It also applies to the car’s handling and raw speed. If you’re looking for a rough and tumble SUV that gives other cars on the road the side-eye before speeding off into the distance, the E-Pace isn’t that. Instead, it’s understated, quiet and regal, preferring to remain under the radar and only showing off when it needs to. It might not be everyone’s cup of tea, but it’s certainly a uniquely tasty one.

The article originally appeared in thepeakmagazine.com