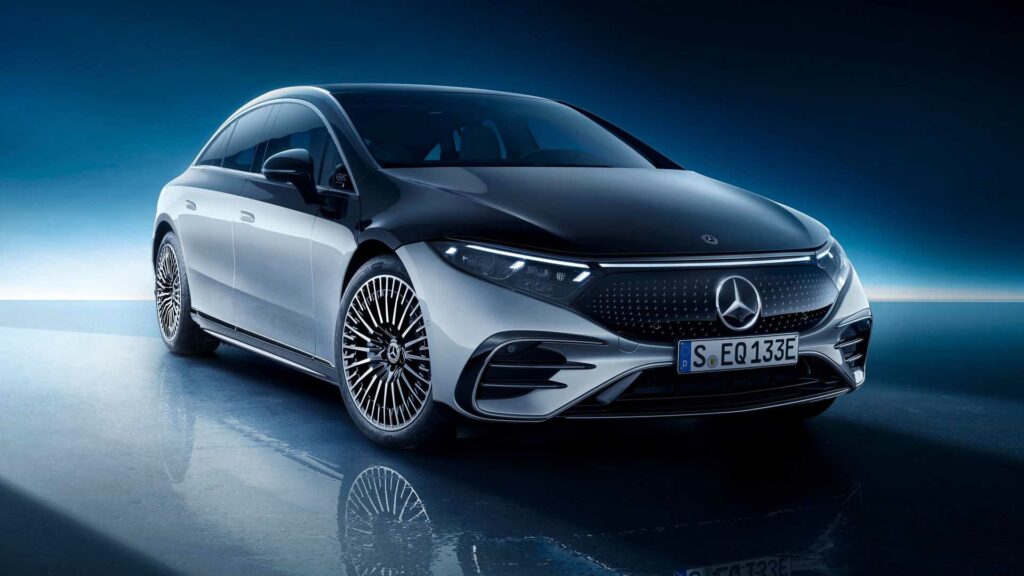 Finally, the 95-year-old luxury automotive marquee is rebranding itself as a cutting-edge electric vehicle innovator.
Tuesday, September 14, 2021 By Ellfian Rahim

Just a week ago at the launch of the world’s largest mobility trade show – IIAA Mobility 2021 – in Munich, Germany, Mercedes-Benz unveiled five battery-powered vehicles to pleasantly surprised visitors. But what many didn’t know then was that this unprecedented mega launch essentially kicks off a US$47 billion effort by the historic automakers to push its electric models deeper into consumer land!

At the show, Mercedes-Benz introduced its first AMG-branded high-performance EV, a sedan and a G-Class SUV concept – all part of the company’s bid to become an electric-only automaker by the end of the decade.

Mercedes has already started producing the all-electric EQS, a tech-forward and sleek flagship that’s meant to be an electric counterpart to the S-Class. At IAA Mobility, Mercedes aims to showcase its next big EV’s moves.

Earlier this year, the automaker also laid out its multi-billion Dollar electric-only plan, a target that will push the company to become more vertically integrated, train its workforce and secure the batteries needed to power its products.

This plan actually piggybacks on previous goals set in 2017 to build and sell more EVs. Back then, Mercedes said it would electrify – which means petrol-hybrid, plug-in hybrid or battery electric – its entire lineup by 2022. Then, the German automaker said in July that by next year it will offer battery-electric vehicles in every segment that it serves.

And boy, have things suddenly started to speed up…!

In its latest stand on the subject of electrification, Mercedes aims to launch three electric-only architectures in 2025 that will form the basis of all of its new vehicles. Its so-called MB.EA platform will be used for its medium to large passenger cars, while AMG.EA will underpin its performance Mercedes-AMG cars and the VAN.EA will be dedicated architecture for electric passenger minivans and light commercial vehicles.

The company has already announced its “electric first” compact car architecture, known as MMA, which will launch in vehicles by 2024. It seems that MMA platform will debut a new kind of car for the marquee, a limousine SUV named Mercedes SUL (Sport utility limousine).

“The EV shift is picking up speed, especially in the luxury segment where Mercedes belongs,” said Ola Källenius, the chairman of the board of management of Daimler AG, and head of Mercedes-Benz. “That’s why we’re accelerating from ‘EV-first’ to ‘EV-only.’ We’re set to have battery-electric options in every segment we serve, and by 2025 we’ll have at least one electric alternative for every model we make.”

Like it or not, we’re all about to embark on an exciting new era of motoring, aren’t we? Great times ahead, indeed!