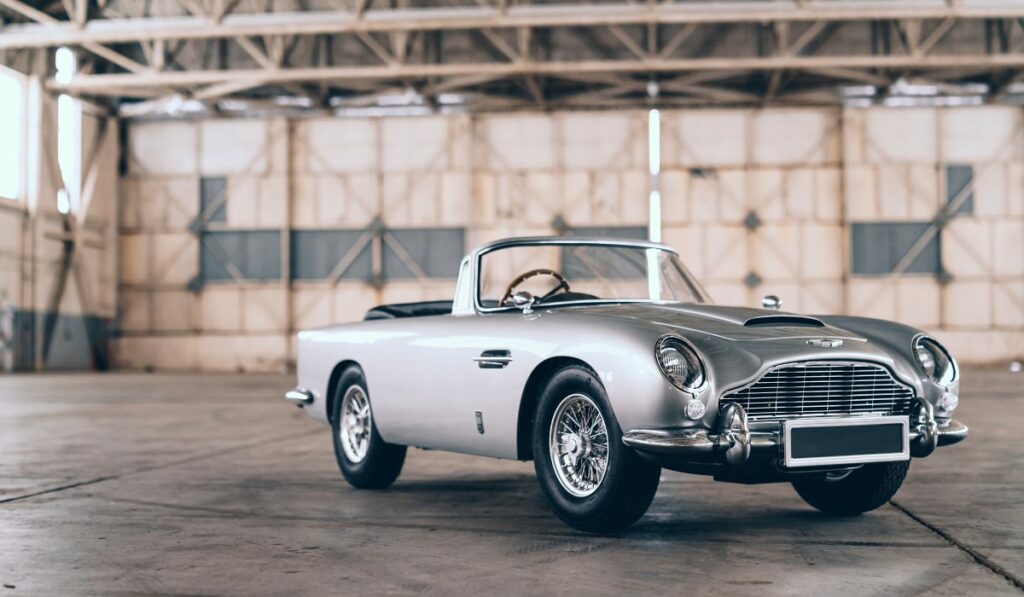 The limited-edition convertible, built in collaboration by UK-based The Little Car Company and Aston Martin, arrives just in time for No Time to Die.
Thursday, October 7, 2021 By The Peak Malaysia

James Bond fever returns as the 25th film in the franchise – and Daniel Craig’s last romp as 007 – looms after three delays in a certain pandemic. And with it, a slew of special edition collaborations to celebrate the conclusion of yet another iteration of the spy famed for beautiful women, ridiculous gadgets (The World is Not Enough’s bagpipe flamethrower comes to mind) and very spiffy cars – including the now-legendary Aston Martin DB5.

It first appeared in Goldfinger back in 1964, before returning in six Bond films spanning half a century. Now, just before its eighth appearance, UK-based The Little Company have unveiled a James Bond-branded version of the Aston Martin DB5.

The kids’ car manufacturer is known for its high-profile collaborations with some of the automotive world’s best and brightest, including Ferrari, Bugatti and of course, Aston Martin. In fact, they technically already released a (mini) version of the Aston Martin DB5 in August last year, dubbed the DB5 Junior.

This version comes at just under three times the price though (starting from a cool S$166,000) – with all the bells and whistles you’d expect to justify such a price. The 2:3 scale version of the original, of which only 125 models will be made, is bigger and badder than its predecessor, with four 1.8 kWh battery packs to 2020’s one powering an electric engine with an output of 16 kW instead of five. The result is a top-end speed of 72kmh.

Gadgets (non-lethal, of course) come by way of twin miniguns concealed within the mini-car’s headlights, which only simulates firing bullets; customisable digital number plates in place of the sixties’ era revolving ones; and an actual, tailpipe-deployed smokescreen. Reminiscent of a move featured in No Time to Die’s first trailer, the DB5 Junior No Time to Die edition comes with a skid mode for driving doughnuts around unsuspecting parents and/or nannies.

All these gadgets are accessible from a hidden switch panel – this is a spy-car after all – hidden in the passenger door trim. Speaking of passengers, the vehicle has room for an accompanying adult alongside their child – great for some added safety, alongside the vehicle’s various modes suited to the driver’s level of expertise. Not everyone’s 007.

Spy gadgetry aside, the Aston Martin DB5 Junior No Time to Die Edition is all about authenticity. It comes in the signature silver birch paintwork with replica Smiths instruments, black leather interior and wooden steering wheel.

The car joins the two-year-old brand’s growing fleet of luxury kids’ cars, which include the likes of the Ferarri Testa Rossa J and Bugati Baby II.

This article first appeared on The Peak Singapore.