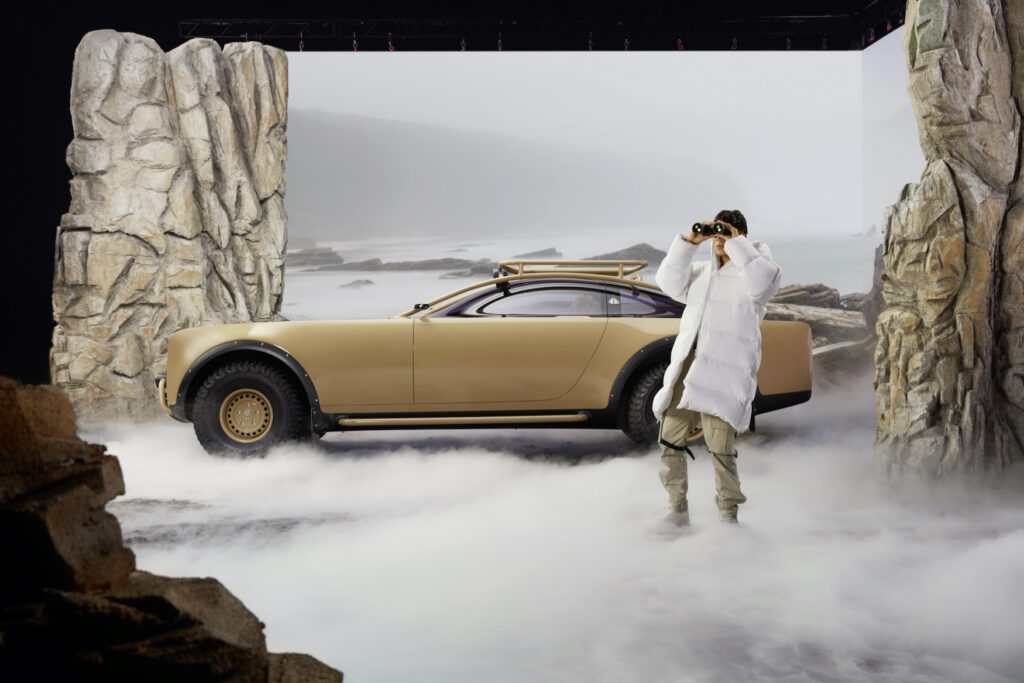 The late designer’s collab with the marque features a futuristic off-road coupe – with a see-through front bonnet sporting solar cells.
Tuesday, December 14, 2021 By The Peak Malaysia

Mercedes-Benz has just unveiled its second and final collaboration with the late Virgil Abloh, titled Project Maybach. The prolific designer made waves during his three-year tenure as artistic director of menswear at Louis Vuitton, though sadly, he passed away on November 28 after a battle with a rare form of cancer.

His design legacy, however, lives on – at his family’s behest, the German automobile manufacturer revealed the Mercedes-Maybach, to the public at large, rather than to the press at a private event. The multi-hyphenate’s design – “a design unlike anything that has been developed by Mercedes-Benz”, says the press release – is an all-electric off-road coupe that seeks to reimagine responsible (but adventurous) travel for the 21st century and beyond.

Says Mercedes-Benz in a press release, ““Mercedes-Benz is devastated to hear of the passing of Virgil Abloh. Our sincere thoughts are with Virgil’s family and teams.  Now opening the world of our collaboration, and Virgil’s unique vision, to the public we want to respectfully celebrate the work of a truly unique design talent, who created endless possibilities for collaboration through his unbridled imagination and inspired all that knew his work.”

Like the designer behind it, the two-seater, battery-powered vehicle is a confluence of “function, style and collaborative creativity”, featuring epic “Gran Turismo proportions” – it’s almost six metres fender to fender – alongside a transparent front hood, beneath which solar cells are stashed to extend the vehicle’s range.

In terms of its design, the show car seeks to combine the world of authentic luxury that Mercedes-Benz has subscribed to for close to a century with an all new “Outdoor Adventure design motif”, expressing said crossroads as an all-new design language. The result is a design that does what it set out to do: buck the trend, and start a conversation around what can be, rather than what is.

The press release concludes, “The power of Abloh’s work is not only from the product design, but also the exploratory conversations that his work ignited. Whilst the Project Maybach show car was inspired by how one could explore nature within a uniquely luxury context with Maybach, the Mercedes-Benz teams thank Virgil Abloh for the inspiration to explore every day the power of cross-industry dialogue to imagine a better, more inclusive future.”

Abloh’s second collaboration with the luxury marque, following 2020’s Project Gelandewagen that saw the brand’s G-class off-roader turned into a Nascar-inspired racing car, was showcased at the Rubell Museum, Miami from December 1 to 2.

This article is originally appeared in The Peak Magazine.