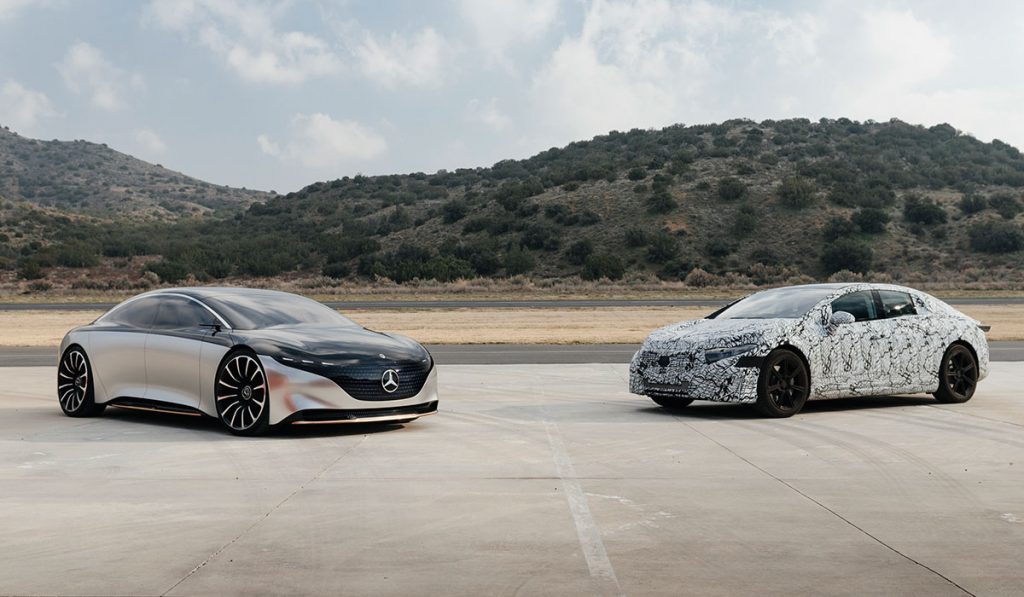 The production EQS EV from Mercedes-Benz is shaping up to be a very exciting flagship vehicle that will set the standard for premium EVs.
Tuesday, February 11, 2020 By Jx Chong

Ask anyone in the auto industry and they will tell you that there is electricity in the air as the industry gears up to move towards developing electric vehicles (EVs). German automaker Mercedes-Benz clearly believes this vision as they recently showed off the pre-production prototype of what it calls its flagship EV vehicle, the EQS electric sedan during a test event in California.

If the name EQS sounds familiar, then you probably would recall that Mercedes-Benz revealed its Vision EQS concept car which grabbed everyone’s attention during the 2019 Frankfurt Motor Show.

One notable difference that sets the EQS apart from its contemporaries is the fact that it uses dedicated electric-car architecture, a concept that utilises its two electric motors to deliver 470 horsepower and 560 lb-ft of torque to the EV’s four wheels. Apart from that, the EQS is claimed to go from 0 -100km/h in just 4.5 seconds.

Mercedes-Benz boasts that the final production unit should be able to come close to the excellent performance delivered by the Vision EQS concept car which is said to offer an electric range of 700km.

Though there is no confirmed date as to when the production model of the EQS will hit the roads, some estimate it to be some time next year after the standard S-Class lineup debuts at the end of 2020.