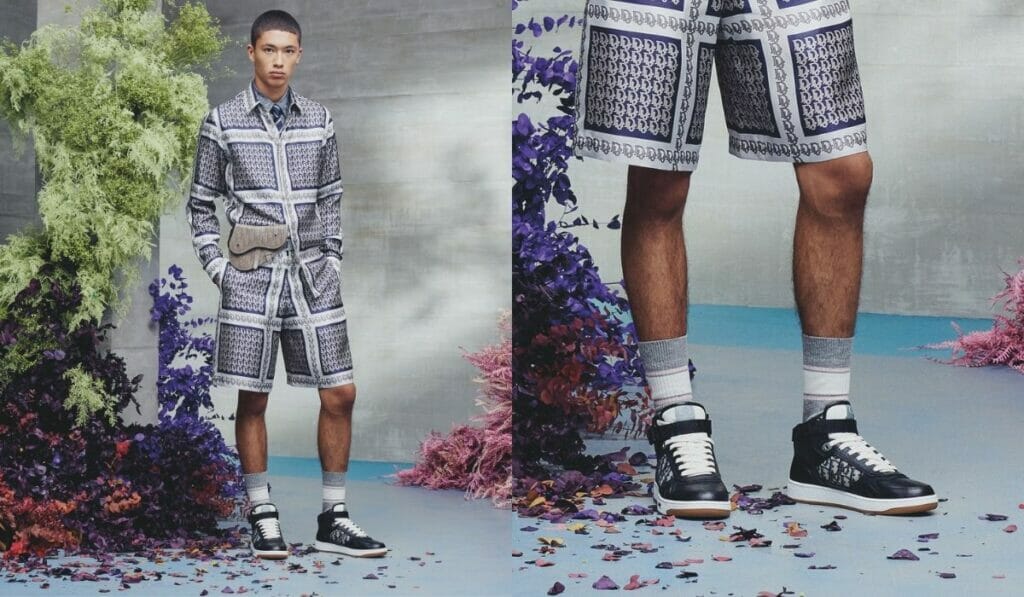 Both in low- and high-top versions,  Dior’s B27 sneakers are the latest example of the high-low/sophisticated-street fusion creative director Kim Jones does so well. While its silhouette is influenced by inspirations ranging from 1980s tennis shoes to skateboarding culture, the B27’s construction and materials are firmly rooted in the luxury realm.

Available in white, black or grey, the sneakers feature mixed materials: calf leather and nubuck with the Dior Oblique monogram jacquard or the new Dior Oblique Galaxy, a perforated smooth, black calf leather with a reflective lining. Their creation showcases the house’s attention to artisanal detail. Leather-working techniques such as edge-dyeing and topstitching go into the crafting of each sneaker with accents such as logo-shaped eyelets and brand logos on the heel and sole.