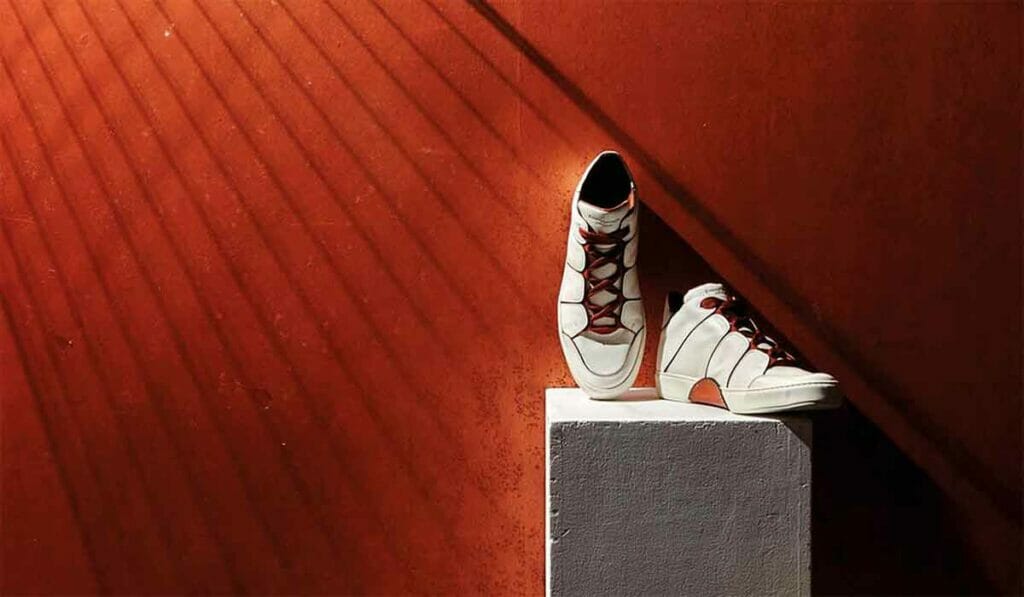 Sneakers have joined the ranks of fine wine and high-end watches as covetable items.
Tuesday, March 26, 2019 By Editors

Move over, teenagers. Just like fine wines and watches, high-end sneaker collecting has become a pursuit that big-shot executives wholeheartedly embrace. Collectors gain street cred and bragging rights when they cop â€“ street parlance for purchase â€“ a pair of rare kicks. The thrill of this chase is what drives collectors to obsessively check websites like Highsnobiety.com, Hypebeast.com and Sneakernews.com for updates on the latest releases, or drops, because popular shoes can sell out in a jiffy.

Francis Tan owns about 130 pairs of sneakers, including rare first-edition Adidas Yeezy 350 Boost Turtle Dove kicks by rapper-turned-designer Kanye West. Another gem in his extensive collection, which he stores in a walk-in shoe closet, its door bearing a full-length decal by cult skate brand Supreme, is the Yeezy 750 Gum shoes that glow in the dark. â€œI love them to the extent that I bought two pairs â€“ one to wear and another to keep till the first one wears out,â€ says the executive creative director of Germs Digital, a marketing consulting agency.

Marcus Chew is a sneakerhead too. The chief marketing officer of NTUC Income has almost 100 pairs of shoes and favours limited-edition designs or collaborations such as the Hender Scheme x Adidas ZX 500 sneakers, featuring the Japanese brandâ€™s signature nude leather uppers. To keep his beloved shoes pristine, he treats each new pair with water and dirt repellent and makes it a point to clean them after each wear.

There is a nostalgic element to the hobby too. Both Chew and Tan grew up loving sneakers but had limited pocket money to indulge in their passion. These days, all bets are off. Plus, funky sneakers look cool when worn with suits.

THE RISE OF LUXURY SNEAKERS

SUIT AND SNEAKERS
Designer labels such as Ermenegildo Zegna take on luxury casual.

SUIT AND SNEAKERS
Designer labels such as Tom Ford take on luxury casual.

While sneakers have long held a certain cult appeal â€“ observers point to Nikeâ€™s Air Jordans, originally made for basketball player Michael Jordan in the 1990s, as the first ever collectorâ€™s shoes â€“ it is only in recent years that the sneaker frenzy has exploded, in part due to the slew of luxury labels that have jumped on the sneaker bandwagon.

â€œThe influences of high-end fashion in the sneaker market have resulted in new consumers who gravitate towards the high-end designer stuff from the brands, as well as towards traditional sports brands that collaborate with designers like Alexander Wang and Virgil Abloh (artistic director of Louis Vuitton),â€ says Mandeep Chopra, managing director of Singapore-based niche sneaker boutique Limited Edt.

It was arguably Balenciagaâ€™s 2017 Triple S sneakers by Demna Gvasalia that dramatically changed the sneaker game. Priced from US$795 (S$1,080), it dominated the luxury sneaker market, comprising 52 per cent of sales in this category on StockX, a sneaker â€œstock exchangeâ€, with an average resale price of US$1,162. Today, it is de rigueur for designer labels to include sneakers in their seasonal line-up, with popular designs from the likes of Dior Homme, Gucci, Louis Vuitton and Zegna.

This has led to impressive gains in the sneaker market. The global athletic footwear market, which was valued at US$64.3 billion in 2017, is projected to continue growing by at least 5 per cent for the next six years. The secondary resale market is also thriving. According to Cohen, the siteâ€™s top sellers sold more than US$10 million worth of sneakers each in 2018, a dramatic jump from 2016 when the top takings were US$800,000 each.

There are a few factors that can drive the price of a pair of sneakers up. â€œIf they are produced in a limited amount and are â€˜numberedâ€™,â€ says Cohen. Limited-edition releases of originals such as Nikeâ€™s Air Max 1 or Adidasâ€™ Stan Smiths are coveted too. â€œThey are also considered rare or collectible when they are â€˜hypedâ€™ and made desirable by the community such as bloggers or influencers.â€

While Balenciagaâ€™s Triple S holds the distinction of being a rare designer pair that has garnered feverish popularity, the shoes that attain cult status are typically those that designers, musicians or artists create in collaboration with shoe brands, including Puma, Reebok and Asics. Westâ€™s Yeezys are a perennial favourite as are Nikeâ€™s classic Air Force 1 basketball low-tops, which the brand has released in various high profile collaborations. Most notable of the Air Force 1s â€“ Virgil Ablohâ€™s Off-White version.

Collectors say there are generally a few ways to buy a covetable pair of kicks. Sometimes, brands issue raffle tickets. Often, sneakerheads have to queue up for hours prior to a drop, in the hopes of snagging a pair the moment they are released. Street culture events, like Culture Cartel, which was held last year, also bring in rare pieces to draw crowds.

Or, the time-starved can turn to resale sites like Goat and StockX, if they have deep pockets, as prices can jump by multiples of the retail value. â€œIt is not difficult to get a pair of sneakers you like; it is about your willingness to pay. The challenge is getting a pair you love at retail price,â€ says Chew, who typically buys his sneakers online. â€œThe most extreme was to ask a colleagueâ€™s friend for a favour to buy a pair of sneakers from Canada, as it was no longer available anywhere else and they did not ship to Singapore.â€

But collectors do not mind jumping through hoops to get their dream kicks. Says Chopra: â€œAt the end of the day, the more limited or difficult it is to get a pair of sneakers, the more its value will skyrocket. Youâ€™ll own not only a shoe but a commodity or even an investment piece.â€