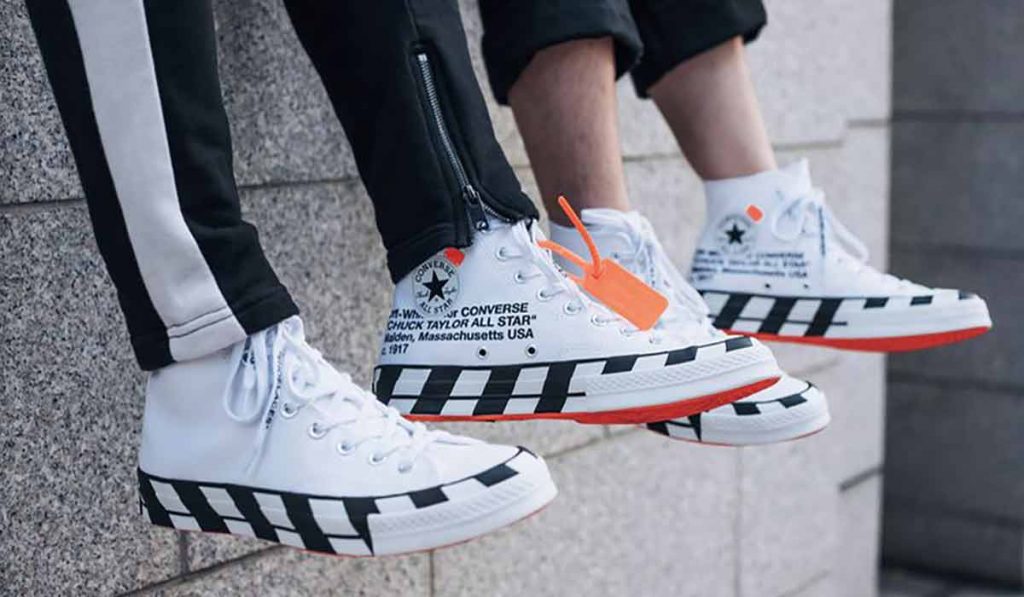 OFF-WHITE X CONVERSE CHUCK 70
Designer (and artistic director of Louis Vuitton) Virgil Abloh’s The Ten collaboration with Nike was an Internet-breaking success. This tie-up with Converse sees a reinvention of the brand’s classic Chuck 70. It has Off-White’s signature diagonal strips on the midsole, printed text on the canvas, and a bright orange sole. (Off-White is Abloh’s version of Nike’s Air Force 1).

NIKE AIR MAG ‘BACK TO THE FUTURE’, FROM SNEAKER-RESELLER GOAT
These kicks, which were featured in the 1989 movie Back to the Future II, were finally released over two decades later. Note that the real-life version does not come with the film’s self-lacing feature. Only 1,500 pairs were released, practically guaranteeing this is one pair that will continue to command top dollar.

PHARRELL X ADIDAS NMD HU TRAIL ‘HAPPY’ CHINA EXCLUSIVE, FROM GOAT
Sometimes, sneakers that are launched exclusively in one country end up on collectors’ most wanted lists because they can’t be bought anywhere else. This China-exclusive version of American rapper Pharrell’s NMD Hu Trail features the word “happy” on the right shoe and its Chinese characters on the left.