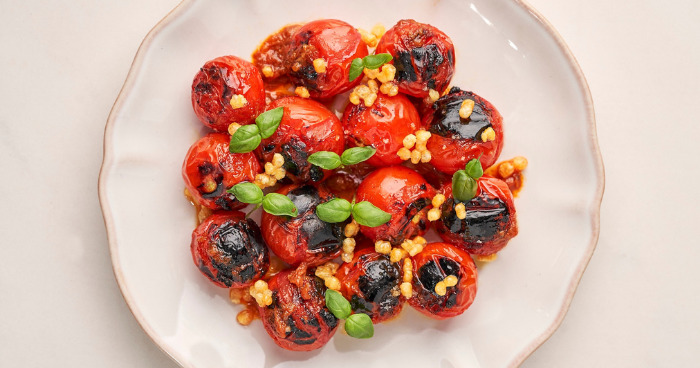 The Jigger & Pony Group and co-owner David Tang offer their interpretation of the Golden State that comes without the pretentiousness but all of that warmth.
Wednesday, January 26, 2022 By The Peak Malaysia

There are perks to taking up residence in a 1920s heritage building that once housed a vault. Rosemead’s 10-seater private dining room is down two flights of narrow stairs and through a steel door inches thick. There’s just enough space for a table and a pantry separated by an island counter.

Resembling a nook in someone’s house more than a restaurant, the room is completely removed from the main area and even has its own sound system for you to plug in your choice of music should the playlist of Lauren Hill and Bee Gees not tickle your fancy. Then again, emulating the comfort of home is exactly what co-owner and executive chef, David Tang, (the Jigger & Pony Group co-owns the restaurant) is trying to achieve here at his modern Californian fine dining restaurant.

(You may also like: The Peak Almanac 2020: Wining and Dining)

Upstairs, where most of the action happens, is a continuity of Rosemead’s unique blend of laid-back attitude and plush furnishings. Raw textured clement walls continue to make an appearance where they make a statement against wood panelled walls and antique art deco lamps original to the building.

Looking nothing like the former Black Swan, a brass open hearth kitchen stands in the middle of the space with an open grill that burns with orange and lychee wood. The team quick-steps around the kitchen counter as they busy with cooking and prepping, while whole ducks hang on hooks by the fire. On the periphery is a bakery that we hear will open in February, a pocket-sized bar and a potentially pet-friendly alfresco area that has yet to come together.

But what is Californian cuisine anyway? As both Tang and the restaurant’s general manager, James Moon, will explain: it’s the freedom of borrowing from a multitude of cultures they grew up with as Asian Americans in Los Angeles. (Rosemead is the town where Tang grew up in.) There’s also a pledge to sustainability as the team sources for ingredients, mostly fish and vegetables, locally and regionally.

(You may also like: Chef-Owner Drew Nocente Takes on Zero-Waste Cuisine at Salted & Hung)

The a la carte menu, dictated by seasonality, is divided into three categories on a single page – Chilled (cold appetisers), Vegetables & Grains, and the fun grilled stuff under the Cooked Over Orange & Lychee Wood Embers category. (Desserts have their own separate menu just because.) The multi-ethnic flavours meld like milk and honey, sometimes playing the lead character and at other times the supporting cast.

An example is the Grass-fed Wagyu Tartare with Kampot Pepper, Caramel and Lettuce that’s seasoned with a locally grown pepper and a Thai powder mix, which is meant to be eaten Korean barbecue style using lettuce as a wrap. So clearly Thai on the palate, the green leafy receptacle is a subtle nod to Moon’s Korean heritage.

While dishes such as the Mangrove Crab Tartine with Avocado and Yuzu Citrus, an avocado roll of sorts, is an advanced show of technique that Tang has acquired from his long tenure at the Wolfgang Puck Fine Dining Group in the United States. And if some of the desserts look familiar, it’s because pastry chef Elena Pérez de Carrasco has done her rounds behind the sweet treats at Iggy’s, Artemis Grill & Sky Bar and most recently, Preludio.

The wine programme is led by principal sommelier, Marcus Tan, who you’d recognise from Odette and Euphoria or as one of Singapore’s youngest in the industry. Making full use of a wine cellar in the basement, the list currently hovers at 170 labels with a focus on American producers, of course, but there’s still plenty of shelf space to occupy.

(You may also like: Champagne Houses are Changing the Way They Think and Make Wines)

At the bar, Jigger & Pony Group is responsible for the cocktails including the Trigona Honey Bellini, a not-too-sweet concoction of honey puree gathered from stingless bees in Johor, Japanese kumquat and Jansz Premium Cuvee sparkling wine from Tasmania. Or the Chitose Cooler garnished with a grissini stick lightly dusted with tomato powder, which didn’t satiate my craving for a Bloody Mary but went down easily nonetheless.

With such a stellar and promising cast, Rosemead has much potential to be the Californian fine dining restaurant it wants to be. As most fine dining establishments contend with the tried-and-tested formula of multi-course tasting menus, this bunch with their a la carte menu and relaxed hospitality feels like a welcoming, warm ray of sunshine.

All images courtesy of Rosemead.