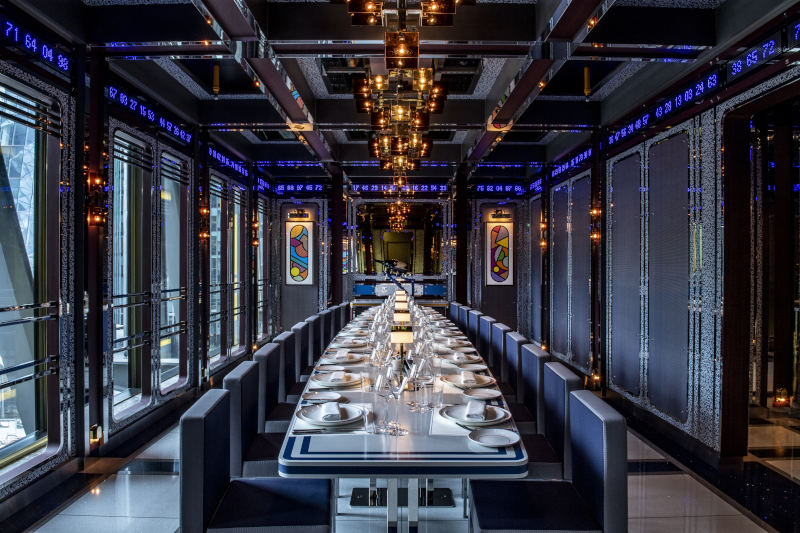 Take your taste buds on an interesting journey at these four interesting dining experiences.

Indonesia’s most prominent lifestyle brand, Ismaya Group, makes its local debut with two new spaces located right in the heart Kuala Lumpur. Making their mark in town is a Malaysian outlet of the group’s Dragonfly club and bar, as well as its new concept restaurant Blackbyrd Dine & Lounge. Taking up the entire 50th floor of the Platinum Park Skyviews lifestyle centre on Persurian KLCC, get a taste of the full Ismaya lifestyle experience as you sit down for dinner in the cosy environment of Blackbyrd before winding down with drinks and good music at Dragonfly. Be sure to ask for a window seat when dining at Blackbyrd, as its penthouselevel location makes for a great bird’s eye view of Kuala Lumpur.

BE YOUR OWN BARISTA

The latest addition to Nespresso’s permanent range of coffees, the Barista Creations line offers three specially formulated coffee blends crafted especially to be enjoyed with milk. The three coffee blends are Corto , Scuro and Chiaro , or short, dark and light, respectively, in Italian, and range in intensity to suit the palate of any white coffee drinker. The Chiaro is inspired by Brooklyn baristas and perfect for fans of a light, sweet cappuccino, while the Scuro takes inspiration from the baristas of Melbourne’s coffee scene for those who want a strong brew. Finally, the Corto , inspired by baristas from Spain, is perfect for a traditional Spanish cortado with its dark, smoky and spicy notes.

FOR THE SAKE OF SAKÉ

Mr Chew’s Chino Latino Bar in Bukit Bintang invites you to travel to the heart of Japanese saké during its monthly Saké Nights. Join the team at Mr Chew’s on every first Thursday of the month for a culinary journey that marries Asian-Latin fusion food with the distinct flavours and notes of Japanese saké. With a regular list of more than 20 premium sakés available, guests get to explore the wide varieties of saké from various regions of Japan. Each Saké Night will showcase five specially chosen sakés that are expertly paired with a changing menu prepared by the chefs, with each pairing designed to bring out the best of flavours in both the food and saké.

From the creators of Soho’s Bob Bob Ricard comes a second restaurant five years in the making. London’s recently-opened Bob Bob Cité is the latest hotspot from restaurateur Leonid Shutov, and is located in The City of London’s iconic Leadenhall building. A shining example of both British and French excellence, Bob Bob Cité combines the best of British craftsmanship, evident in the decor and setting, with fine French cuisine and wines on the menu under the helm of Chef Eric Chavot. With an estimated cost of GBP25 million that went to bespoke rosewood marquetry, light fixtures & bulbs, steel trim, leather seating and even customdesigned bone china serve ware, dining at Bob Bob Cité will prove to be a unique and enjoyable experience for diners looking for something new in London.