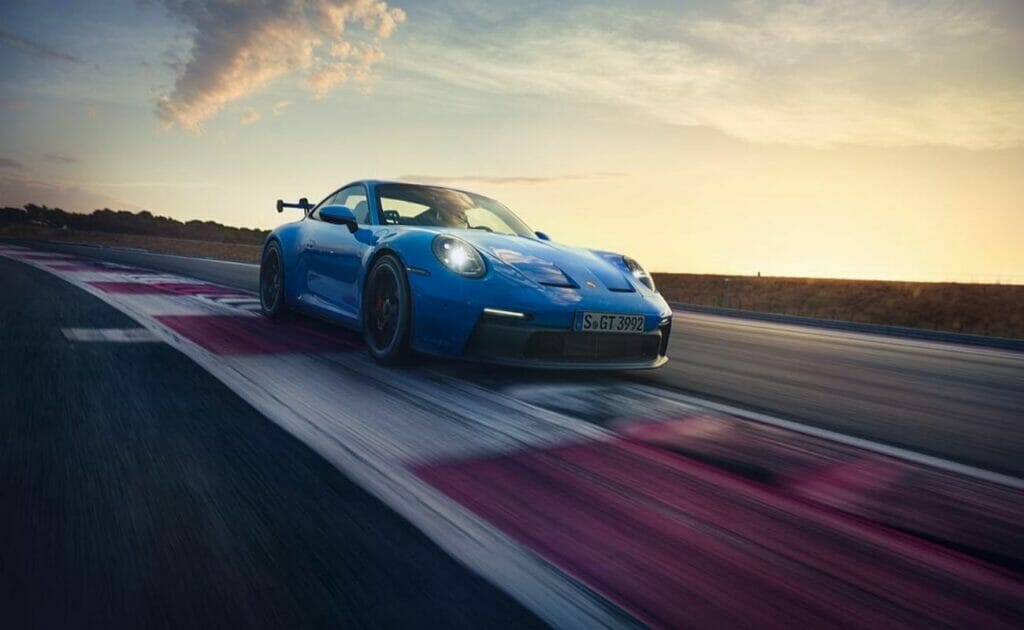 The latest hardcore 911 breaks cover with a 510hp engine and all sorts of track-ready bit
Friday, February 19, 2021 By Ellfian Rahim

It’s only half-way through February and a flurry of performance car launches have already taken place thus far!.And it looks like Stuttgart’s finest just couldn’t be left out, in spite of the unique challenges of the moment, with the launch of the long-awaited Porsche 911 GT3.

Of course, for those out there who know their automobiles, this model that shares such an accomplished lineage is an alternative to the likes of the equally uncompromising McLaren 600LT and Mercedes AMG GT R Pro, and now there’s an all-new version.

First hinted at what almost seems like an eternity ago, during the 2013 Geneva Motor Show, the new set of wheels that one will find in the spotlight at Porsche showrooms sees a front bumper that has been completely redesigned to feature a large air intake that stretches the breadth of the car. There are two large vents on the bonnet, as well.

And for those out there who don’t care too much for complete makeovers, little has changed at the side of the Porsche 911 GT3, but the rear features a huge wing designed for maximum downforce – pushing the car to the ground and helping it grip through corners. If that wasn’t enough, there’s also an extra ducktail spoiler under that and a rear diffuser for good measure.

Perhaps there was a little cause for concern when it come to the amount of downforce and grip that this new car needs to generate. After all, this Porsche that motoring journos everywhere are already calling the “racing 911” is powered by a ridiculously powerful tuned version of the engine from the current Carrera S. And there’s no turbocharging on the new Porsche 911 GT3 either. Instead, it’s a 4.0-litre, naturally-aspirated flat-six engine in the back.

Here, the direct fuel injection unit pushes out 475hp through the use of a new GT3-specific crankshaft, valve gear, titanium connecting rods and forged pistons, for a 75hp jump over the Carrera S. Couple all this urge with a body made up of 70% aluminium and 30% steel for a low weight of just 1,260kg, one has the makings of one heck of a scorcher.

Thus, the 911 GT3 is very, very fast – 0-100km/h is now done in just 3.5 seconds, while 200km/h takes less than 12, and top speed is now a mind-boggling 315km/h. Porsche says that it also laps the legendary Nurburgring track faster than the outgoing turbocharged 911 GT2 at less than seven and a half minutes!

Such class-leading performance is greatly assisted by the use of active rear-wheel steering, a first for Porsche. This actually turns the two rear wheels into or away from the corner according to speed, aiding stability and agility. What’s more, the steering system is electric.

Porsche’s seven-speed PDK dual-clutch transmission is the only one available in Malaysia and the company created a new automatic gear shifter that looks (and supposedly feels) exactly like a manual transmission’s stick. This should offer a lot more tactile engagement for folks who buy the PDK, though all DCT GT3s will also have steering wheel-mounted paddle shifters.

Another new in-cabin feature is a ‘track screen’. When selected, this reduces the information displayed on the two digital displays located either side of the central rev counter to essential information needed on track, such as tyre pressures, oil pressure and temperature, water temperature and fuel level.

With a Malaysian sticker price of MYR1.23 million before options, the Porsche 911 GT3 sensibly sticks to a familiar formula of naturally aspirated power, lightweight materials, and high downforce. Like previous generations, the new car is also closely aligned with the latest 911 GT3 Cup race car and continues a proud tradition of fire-breathing track day specials from the much-celebrated German automaker.