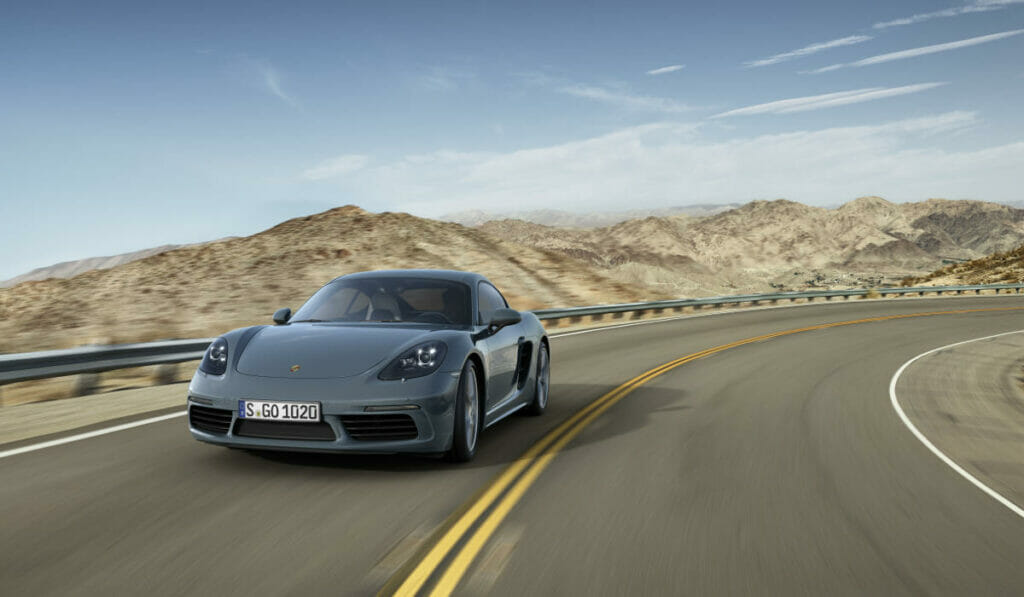 As far as the Karak highway is concerned, the undulating roads that shift from steep climbs to high-speed descents make it a nightmare for any heavy-set vehicle to navigate. However, it is precisely these conditions, sprinkled in with some sharp bends here and there that make it perfect to test out a lightweight performance vehicle like, say, the latest Porsche 718 Cayman. And it was on this particular drive that I was hit with the idea that maybe thereâ€™s no need for an insane amount of horsepower (and with that an insane pricetag) to have a good time on Malaysian roads; maybe a base 718 Cayman is all you need to enjoy the thrill of a spirited drive up a twisty mountain road.

On the surface, the 718 Cayman might just seem like a watered down 911, what with its 2-door, 2-seater configuration, and lower price point. In actual fact, the 718 range of Porsches which currently includes both the Cayman and the Boxer have its own longstanding history within the German marque. The 718 badge actually came from a series of racecars which Porsche produced from 1957 to 1962. The spiritual connection these vintage racecars have with the Cayman of today is that both models were built with a mid-engine setup. Also, just like these early racecars, todayâ€™s Caymans also come with flat or â€˜boxerâ€™ engines.

The latest 718 Cayman hit Malaysian shores in 2017 and one of the biggest changes it had from the previous generation was that it went from a naturally aspirated flat six to a 2.0-litre, turbocharged flat four engine. For the purists, going from a naturally aspirated engine to a turbocharged one is pure sacrilege but to those who embrace the future, these new engines still mete out 300hp and even offers 380Nm of torque available below 2,000 rpm. This engine coupled with Porscheâ€™s dual-clutch PDK transmission, allows the Cayman to sprint from 0 to 100km/h in just 4.7 seconds.

Okay, Iâ€™ll be honest, in terms of speed and horsepower the numbers arenâ€™t exceedingly impressive. On paper Porscheâ€™s 718 Cayman tops out at 275km/h but really, how many people even get close to that speed. What this little roadster really has going for it is its handling; and it was as I exited Karak highway to the smaller, windier roads that led up to Genting Sempah that the Cayman really started to shine.

The huge lorries disappeared and the bends in the road got sharper. With each successive corner I got more comfortable at taking them at higher speeds. The more I pushed the coupÃ© the more I felt the car sticking to the ground; even with my limited driving abilities I never once felt out of control. Being arrogant I would say that its natural talent, but being realistic I have to attribute it to the Porsche Stability Management system.

The 718 Cayman didn’t even break a sweat on the uphill climb to Genting Sempah, needless to say the downhill was a blur of speed.

Jokes aside, the very essence of the 718 Cayman is its stability on the road. The midengine setup puts the heaviest component of any vehicle â€“ the engine â€“ as close as possible towards the carâ€™s center of gravity. Then, with the flat-four engine, the pistons are closer to its bottom, further lowering that center. All of this equates to a car that is immensely stable which would explain its cornering prowess. Even the steering of the new Cayman borrows the steering gear of the 911 Turbo with its more direct gear ratio giving the driver better control of the car.

After what can only be described as an exhilarating drive up and down the mountain and as I neared the city centre, the huge lorries returned, and so did a ton of other cars bringing my average speed down to about a 10 or 20km/h crawl (so much for the top speed). Switching the Cayman from â€˜Sportâ€™ back to comfort, the roar of the exhaust quieted down, the steering loosened up and the car transformed from an aggressive roadster into something that was comfortable enough to drive in heavy traffic.

At the end of the day, the Porsche 718 Cayman is still the entry level option of the Porsche sportscar family and with that it could never or will never replace the classic 911. However, it is undeniable that this 2-door, 2-seater coupe is still heaps of fun drive; and with a price tag that is just a little over MYR500,000, I think that it represents a brilliant introduction into the world of Porscheâ€™s performance vehicles, and, dare I say it, is also one of the best in its segment.