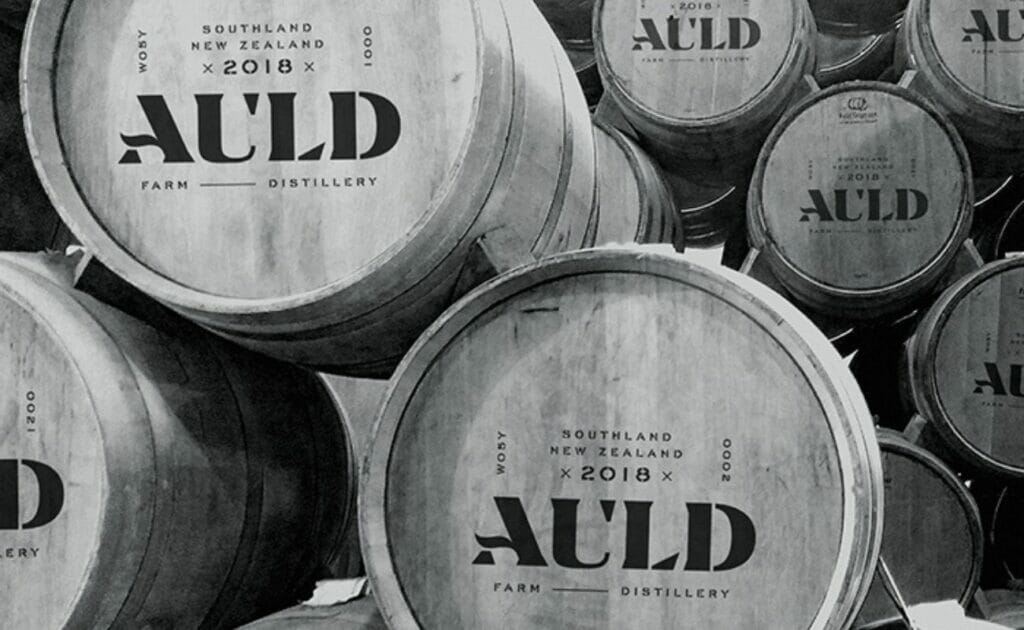 The distillery has released its initial cask offering – to be bottled in a few years
Friday, January 15, 2021 By Weets Goh

Unlike wine, the story of whisky rarely starts with its raw material. While information about a single malt’s stills, casks and master blenders abound, the barley is only briefly mentioned, if at all.

For first-time distillers Rob and Toni Auld, it’s all about making a ‘seed-to-sip’ dram – distilled from barley they grow on their 137-year-old family farm in Southland on New Zealand’s South Island, an area with many climatic similarities to Scotland. The distillery is also located on the same farm.

Toni Auld and her husband, Rob, runs the Auld Distillery in New Zealand

Since the Aulds own their land where the grain is grown, they can produce the relatively rare single-paddock whisky

“Our farm used to supply grain to be made into malt for whisky. Seeing this as a mature product with our grain ignited the dream of building a distillery ourselves. We also want to create a legacy for our children and future generations,” shares Rob, who, along with his wife, picked up the art of distilling in Tasmania, considered Australia’s whisky central.

Because the Auld family owns their land where the grain is grown, they can produce a relative rarity in the spirits world: single-paddock whisky. Like how wine is often identified by the parcel of land the grapes are grown on, single-paddock whisky allows the product to express the terroir of the land, offering a unique flavour profile that changes with the seasons, soil and fields. This takes more work too since there’s a two-year lead time to source the seeds, plant them and harvest the grain to prepare it for distilling – and this without factoring in the time the whisky needs to age in casks.

With its first batch, Auld Whisky is allowing customers to choose from its limited-edition 100- and 200-litre harvest casks – options include port, bourbon and New Zealand pinot noir barrels. They will then be left to mature in Auld’s warehouses.

Those that have purchased casks are also sent samples of their whisky so they can taste its ageing progress. Says Auld: “The Foundation Harvest Casks for our first customers allow us to showcase the full distilling process. It also provides an opportunity for a customer to get up close to the distilling process as well as to spend time with us on our land.”