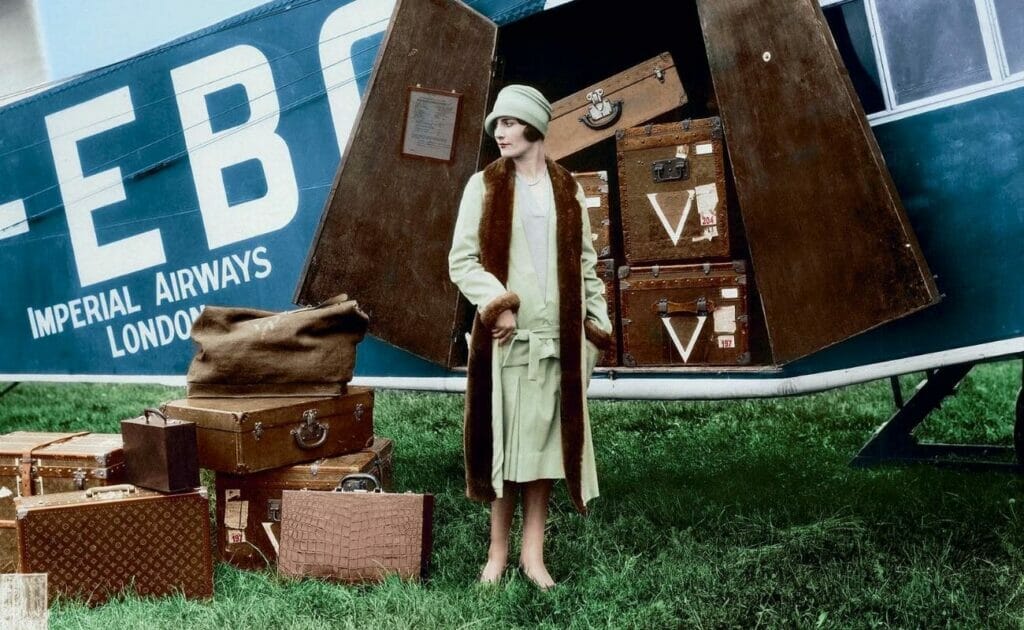 Louis Vuitton presents an illustrated journey of traveling in style, and you know you’ve got to have it
Thursday, April 1, 2021 By Ellfian Rahim

Here’s a little-known fact: in addition to crafting timeless, infinitely stylish luggage and cutting-edge fashion, did you know that Louis Vuitton also operates its own publishing house? Since its very first book – The Birth of Modern Luxury – was published in 2004, a plethora of titles have already followed suit, including collections dedicated to travel, like its various City Guides and Fashion Eye issues.

And perhaps as yet another sign that freewheeling travel may just be upon us again in these next few months (fingers crossed!), Louis Vuitton is set to debut its newest travel book, Louis Vuitton: Extraordinary Voyages. Due to be released next month, the book will trace the journeys and adventures of travellers across the world who were also accompanied by their beloved LV luggage, ultimately featuring a tour of 50 different stops.

Louis Vuitton: Extraordinary Voyages, however, offers travel writing of a slightly different pace. The mid-19th and early 20th centuries heralded new means of transport and equipment, and, with them, new and original ways of exploring the world. Transatlantic liners, automobiles, long-haul airplanes, zeppelins and express trains unfurled new horizons and changed travel itself into an adventure. Distant lands were no longer solely accessible to aristocrats, explorer, and adventurers. Instead, the world opened up to new groups of people eager to circumvent the globe.

And for many of these new globetrotters, traveling was synonymous with Louis Vuitton, whose iconic and functional luggage trunks could be found on nearly every boat, plane, car and train around the world. As Extraordinary Voyages takes readers through each of the 50 stops mentioned, we see how Louis Vuitton’s luggage begins to unfold in the stories of many individuals featured.

Of course, author Francisca Mattéoli is supremely equipped to spin such an engaging yarn, being an internationally published and award-winning travel writer, contributing to Conde Nast Traveler and National Geographic, among others.

A Chilean with a Scottish mother, Mattéoli resides in Paris after having lived in Brazil and Chile. Over the years, she grew up feasting on and soaking up all manner of exciting adventures, and is now recounting each remarkable experience for those curious enough to explore. Having written various stories and novels on travel before, she formed her theme for Extraordinary Voyages, which focuses on the activation of a vision from the mind to reality.

In this beautiful book, Mattéoli entertainingly recounts thrilling travel undertaken in every possible mode of transit, from the hot air balloon to even the space shuttle, each lavishly illustrated with more than 300 historical photographs and ephemera from Louis Vuitton’s own official archives. With all that, Louis Vuitton: Extraordinary Voyages is a journey all on its own – an evocative and transporting account of the most surprising and transformative trips taken ever since the 19th century.

This definitely sounds like something that’s at the very least worthy of a thorough inspection, and perhaps even a cherished spot in your study, don’t you think?