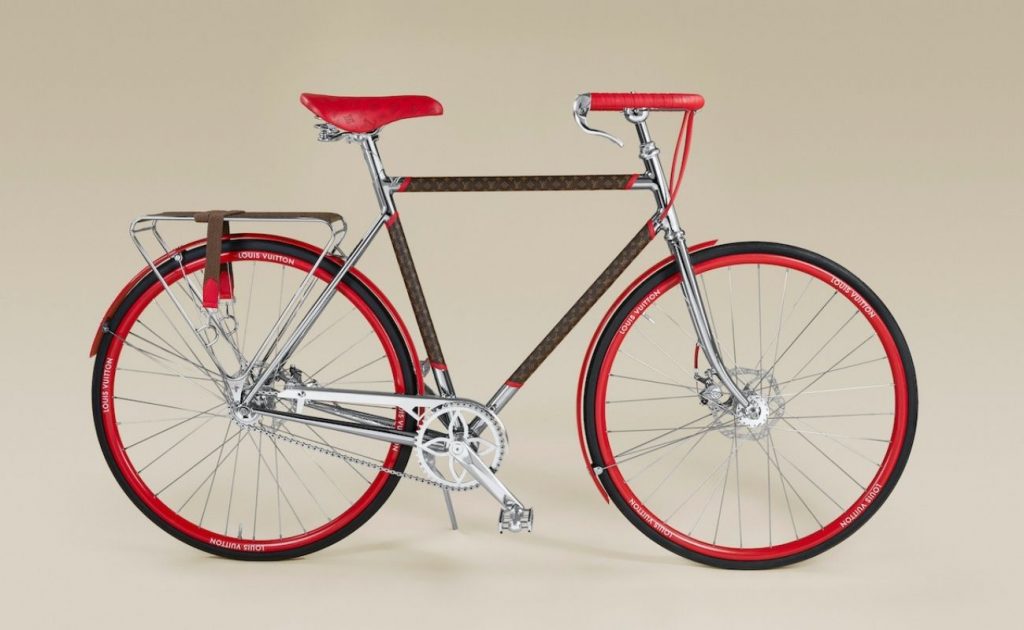 You know, ever since the bicycle was dreamed up in 1817 by the German inventor Karl Von Drais, humanity has not stopped pedaling. Since then, the two-wheeled wonder has become an indispensable vehicle in the lives of millions of people on this planet, not to mention its ecological credentials. And lately, pretty much everyone’s picked up cycling again for transport, recreation and staying fit, all while nicely taking in the views.

As ubiquitous as the bicycle has become, the freshly out-of-the-oven bike from fashion house Louis Vuitton still manages to display enough attractive quirks to make such a familiar object still appear out of the ordinary!

Louis Vuitton and the historic Parisian bicycle company, Maison Tamboite Paris, have come together to launch the LV Bike line just at the start of the new year. Incidentally, the century-old bicycle maker delivers only the highest quality, most exclusive hand-made bicycles to an awesome clientele that included the likes of American singer Josephine Baker, French actor Maurice Chevalier and songbird Edith Piaf, making it the perfect partner for LV to realise its latest, freewheeling release.

The mudguards and wheel trims are made of wood

Add your initials to make the LV Bike your very own

With the new LV Bike, Maison Tamboite Paris has modified and upgraded its classic model in typical Louis Vuitton style. With such a clever retro design, fine leather craftsmanship and exquisite woodwork feature strongly alongside styling cues that make it an instantly recognisable LV product and, at the same time, possessing an elegant appearance when taken out on any street.

Metal framework made of enamelled and chromed steel means the bike has been stretched and lightened without compromising strength and reliability. Its frame is also expectedly clad in monogrammed brown leather, and there’s even a Monogram flower chainset to boot. Plenty of red accents make the LV Bike really pop too: a red leather, monogrammed saddle, red leather-clad handlebars, and red wheel trims and mudguards are just some key highlights.

Of course, a few old-school touches also go hand in hand with the retro look of the bike: for example, the mudguards and the wheel trims, which are LV branded, are made of wood. But that’s not to say that this gorgeous, eye-catching bicycle is a relic from old days. Keeping up with the modern times, it is equipped with discrete LED lighting, built-in tracker (but no, you still shouldn’t leave this bike unlocked!) and shock absorbers under the seat. And you’ll definitely want the latter too, considering that this thing costs a fortune but has no suspension fork whatsoever.

Four models of this special bicycle are available at LV stores on a made-to-order basis: the LV Bike monogrammed with red Louis Vuitton perforated Mahina leather; the ‘Damier Graphite’ model with black, grey and yellow details; a special ‘Lime Yellow’ colourway; and an exclusive Nicolas Ghesquière-designed ‘Since 1854’ Monogram. For each of these bicycle models, you can opt either for a step-through or closed frame, with a two-speed drivetrain.

Although the current MCO restrictions are in place, you can still make your order from the comfort of your home: just call 1-300-888-586 for a private appointment; use the LV app on your portable device; or just shop online here.