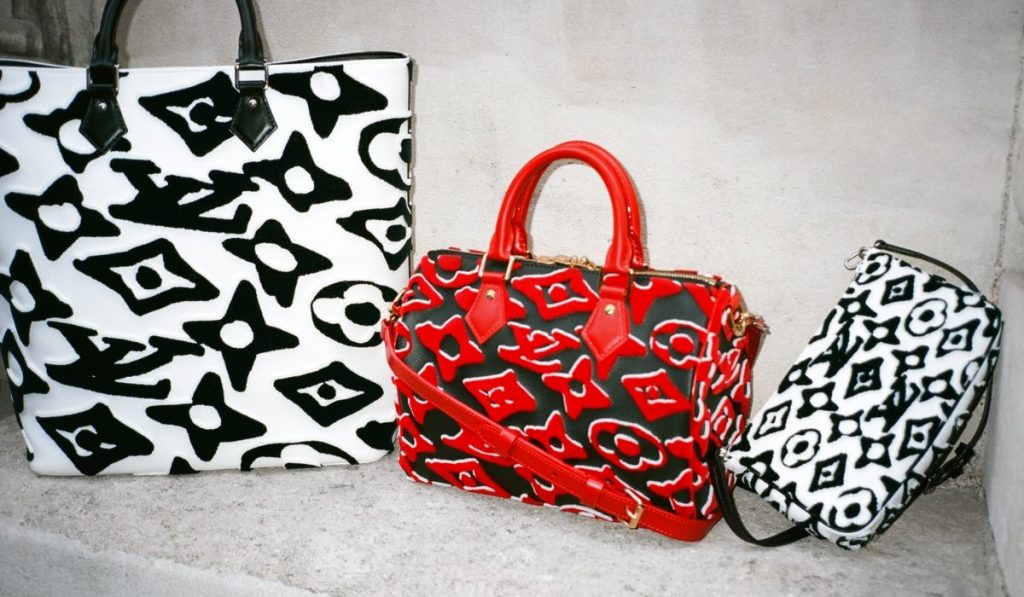 Louis Vuitton’s classic motif gets yet another makeover
Wednesday, January 6, 2021 By Lynette Koh

One of the most widely exhibited artists in the world today, Urs Fischer’s works frequently deal with themes of impermanence and the passage of time: among other things, he is known for his life-size candle wax sculptures — depicting nameless nudes as well as famous folks such as Leonardo DiCaprio — that are lit and left to morph as they burn for weeks.

Showing that he is also a dab hand when it comes to objects that last, Fischer’s latest project sees him putting his imprint on Louis Vuitton’s leather goods, and more. In doing so, the Swiss contemporary artist joins an impressive list of artists that include Stephen Sprouse, Richard Prince and Takashi Murakami. Their creations for the French luxury brand were bestsellers when they were launched and continue to command solid prices on the preloved market today.

The starting point of the Louis Vuitton x Urs Fischer collection is the artist’s take on the brand’s Monogram. His ‘memory sketches’ feature hand-drawn, distorted versions of the flowers and LV initials that make up the Monogram, and are applied in different ways, shapes and sizes depending on the item. On bags, for instance, the motifs are applied using a weaving technique called tuffetage, a weaving technique that uses a velvet-like material to create texture and depth.

Revolving around two colourways — black and red, and black and white — the new collection is a comprehensive one, including ready-to-wear, accessories, shoes and bags. The collection arrives at Louis Vuitton stores this month. Move quickly: these items will last you a long time, but stocks at the boutiques probably won’t.