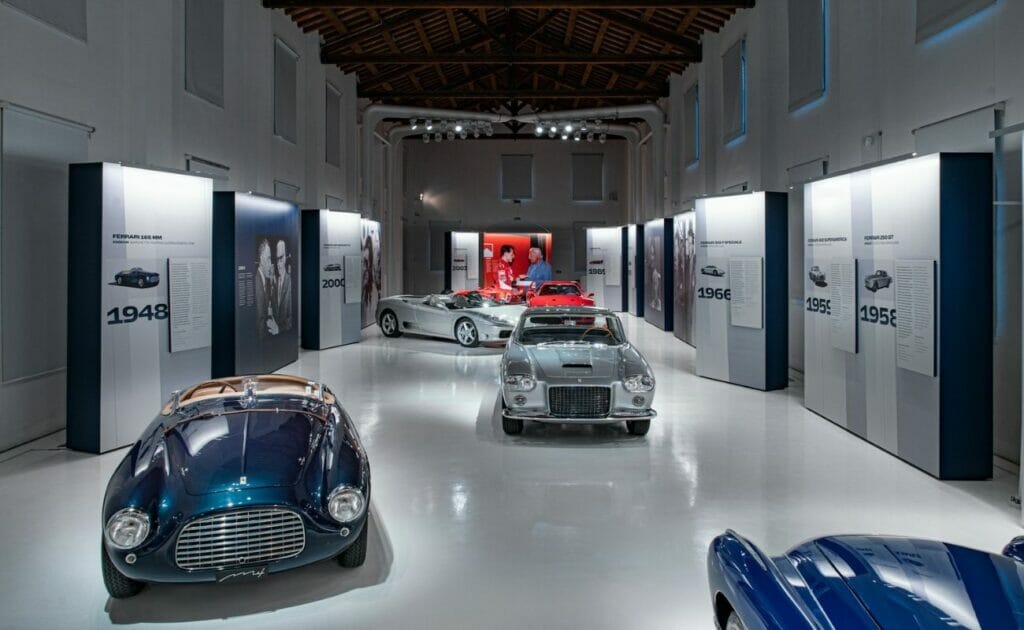 The Museo Enzo Ferrari celebrates the relationship Ferrari shared with the late Gianni Agnelli with an exhibit of gorgeous one-off cars
Friday, March 19, 2021 By Ellfian Rahim

Perhaps not a fact that escapes the most ardent Tifosi (what a Ferrari aficionado is known by back in its home country of Italy), but this year actually marks the 100th anniversary of the birth of Gianni Agnelli, president of Italy’s largest automaker – FIAT – from 1966 to 1996, who passed away in 2003. He’s also well-known as the very vocal President of the Juventus football club from 1947 to 1954.

On top of all that, Agnelli also was a true-blue Prancing Horse enthusiast from a young age. During his time at FIAT, who were 50% shareholders of Ferrari at that time, he was consistently courteous and respectful in his proposals for highly customised special versions of certain models. For his part, Enzo Ferrari was aware that the influence, aesthetic tastes and personality of a client who was both very close to the factory and familiar with working on exclusive projects, might lead to successful and farsighted choices.

The duo’s close relationship produced a collection of peerlessly beautiful and seductive cars, which Agnelli drove with rigorous understatement. Famously, he was the one who coined the term barchetta (little boat) to describe the sleek lines of the Ferrari 166 MM on its presentation at the 1948 Turin Motor Show.

Current Ferrari Deputy Chairman, Piero Ferrari, remembers the mutual respect and esteem the two great entrepreneurs shared: “My father was impressed by the Avvocato’s (or lawyer, which was Agnelli’s nickname) power, acumen and ability in business. They understood each other intuitively and that relationship consolidated over the years, culminating in the agreement in 1969 that created one of the strongest partnerships in the automotive world. I was with my father on that historic day when I had the pleasure of meeting Agnelli. From then on, with FIAT by his side, we felt that our company had a guarantee of continuity and development”.

To commemorate the achievements of this stellar automotive industry icon, a new exhibition, Gianni Agnelli and Ferrari. The Elegance of the Legend, began its run this month at the Museo Enzo Ferrari in Modena. This represents a homage by Ferrari to one of its greatest touchstones, first and foremost as a loyal client and, later, as close confidant and partner.

The show brings together the one-off cars built by Ferrari for Agnelli, and meticulously customised in close collaboration with him. Starting with the 166 MM, the exhibition features those cars which had been customised to Agnelli’s taste, from the 1959 Ferrari 400 Superamerica, up to an extreme one-off barchetta out of a 360 Spider.

Clothed in a silver-grey livery paired with elegant blues, the latter is a Pininfarina-styled car and was a wedding gift for Luca di Montezemolo, who was then the Ferrari Chairman. Another key exhibit is the Ferrari 2003 Formula 1 car that was unveiled by the Scuderia on 7 February 2003 and dedicated to Agnelli, who had just passed away on January 24 that same year.

Ferrari Chairman John Elkann declared: “The exhibition tells of an extraordinary encounter. It combines, on the one hand, the excitement that the most beautiful cars in the world evoke in people who love driving, and on the other, the enormous respect and real passion that my grandfather had for Maranello cars. A passion that led him to make every Ferrari he owned special and which we are happy to share with all enthusiasts.”

This unique collection is also a testament to the symbiotic relationship that developed between two of the most charismatic and authoritative figures of the 20th century and endured for over 50 years. But really now, how on earth does one make the trip to sunny Italy in this current, no-travel reality, to experience all this then?

Well, you can be there in spirit as Ferrari has been organising two daily free virtual live tours of around 30 minutes each and this is set to continue until 1 April. You can book your tickets here.