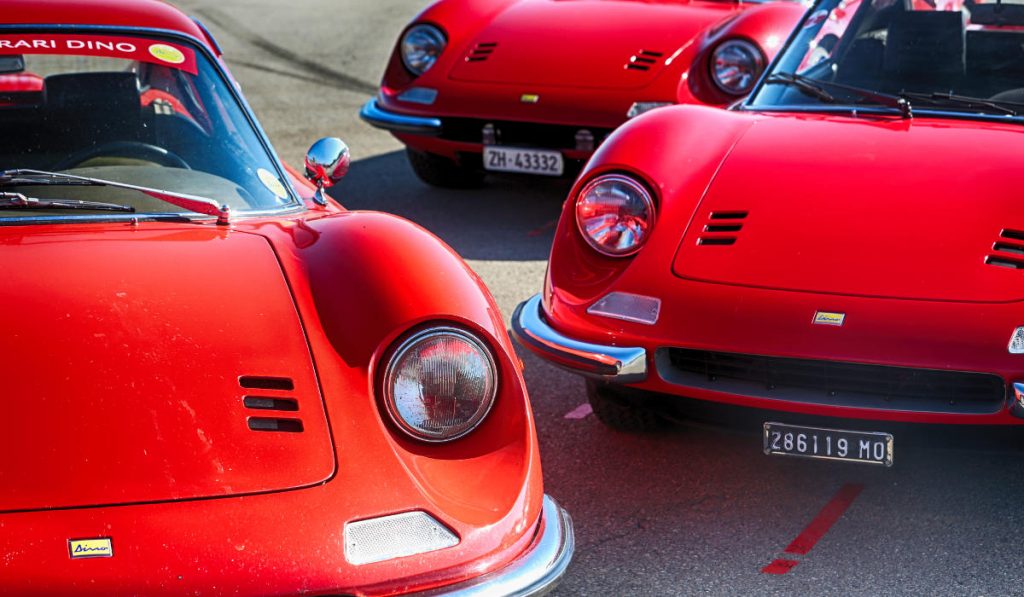 Talk to any lover of vintage Ferraris and the Dino will definitely come up in conversation. And for good reason. The Dino represents one of the worldâ€™s best-loved and biggest selling Ferraris that combined a saloon car body and a six-cylinder engine designed by Enzo Ferrari’s son â€“ Dino.

To celebrate 50 years since this car first had its road debut (it was first presented as a prototype at the Paris Motor Show in October 1965), Ferrari invited Dino owners to the Fiorano track where they got to parade their beautiful cars together. A fun fact to note was that the car was actually officially launched in November of 1967 but of course the good folks over at Ferrari didnâ€™t want it to be overshadowed by their 70th anniversary celebrations and thus, they chose to celebrate the Dinoâ€™s road debut in 1968.