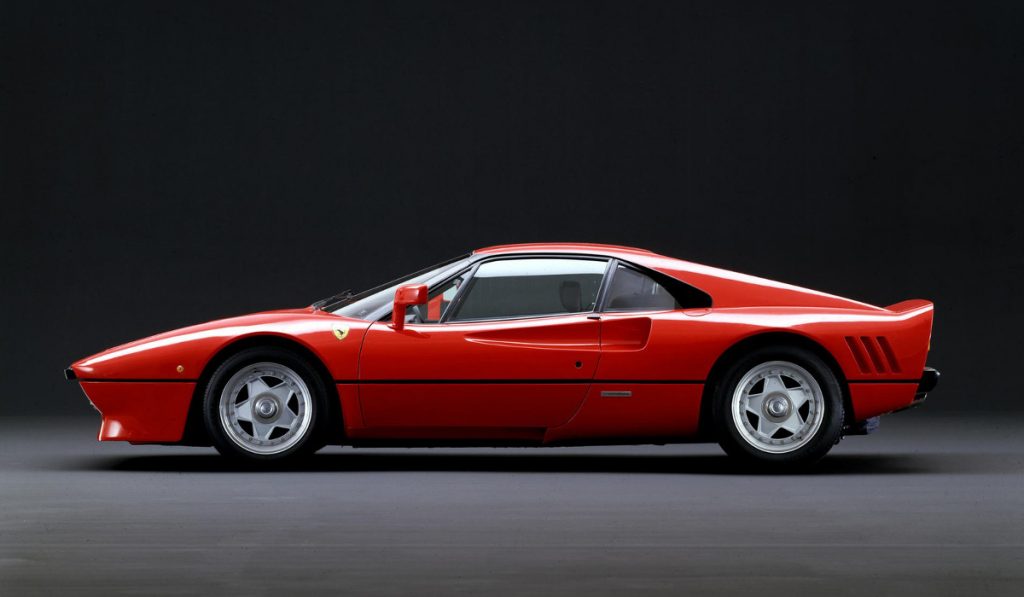 The Peak takes a look at what’s behind the wheel.
Friday, October 13, 2017 By Daniel Goh

Never had I been happier to see a long stretch of highway with the right lane clear; with more than 600 horses at my disposal, I leaned on the throttle hard and immediately the V8 engine of the Ferrari 488 GTB propelled me forward. Zero to 100 km/h in three seconds flat, the g-force pushed me against my seat and I flew down the road with the engine screaming away. Not a bad way to spend a Saturday morning, Iâ€™d say.

This drive was part of a convoy up north to Penang to celebrate the 70th anniversary of one of the most recognisable car marques in the world â€“ Ferrari. About 50 cars had gathered in front of Naza Italia in Petaling Jaya, attracting its fair share of uninvited paparazzi. Young boys with digital cameras snapped away at the marvellous Italian cars, as owners proudly displaying their Ferraris ranging from the latest GTC4Lusso and 488 GTB to classics like the Testarossa, produced in the 1980s and 90s.

Whatâ€™s better than driving in a Ferrari convoy, you ask? Well, the fact that we were all escorted out of the city by the local police force was certainly the icing on the cake, if you ask me. Already I could feel the animosity of angry motorists for this disruption of their Saturday morning ritual. But for all the criticism it got, Iâ€™m pretty sure there was an overwhelming sentiment of people wanting to be part of this exclusive club and that, for me, is where Ferrari shines â€“ its unique ability to make people dream.

BORN OF THE RACING SPIRIT

If there is one thing the Ferrari name is synonymous with, itâ€™s speed; and over the course of the past 70 years, the Italian marque has managed to keep it that way. The reason that Ferrariâ€™s reputation as a blindingly fast car has never wavered is, perhaps, because its origins was in motor racing.

The very first Ferrari out of the factory doors was the 125 S, built by Enzo Ferrari specifically to win races. Ferrari himself was a racecar driver up until 1931, when he left the circuit as a result of the impending birth of his son Alfredo, better known as Dino. After World War II, in 1945, Ferrari began work on designing his first car and, just two years later, he takes the very first one with the official Ferrari badge â€“ the 125 S â€“ for a test drive around the streets of Maranello.

The 125 S had a V12 engine and 120bhp at 6,800rpm. On 11 May 1947, the 125 S made its debut at the Piacenza Circuit but couldnâ€™t complete the race due to a failed fuel pump. However, just nine days later, Franco Cortese piloted the 125 S to its first victory at the Rome Gran Prix. Since that day, Ferrari hasnâ€™t let up in its quest to dominate the circuits at the highest level of motorsports and, as Dieter Knechtel, the Managing Director of the Ferrari Far East Hub, tells me: â€œSince its entry into Formula One in 1950, Ferrari has remained the longest participating team without any interruptions.â€

Indeed, to date, the motorsports arm of the Italian marque, Scuderia Ferrari, shows incredible statics in Formula One: 16 world championships, 229 first place finishes and 239 instances of recording the fastest lap. But what does success on the racetrack have to do with Ferrariâ€™s production series cars? â€œWe have always derived the technology from the race cars and developed them in the road cars. We take the features we believe will be beneficial to normal driving, resulting in more driving fun, more options in the way the car can be driven and even the safety features so our consumers always feel comfortable driving a Ferrari.â€ Knechtel continues: â€œBecause of our track record, itâ€™s easy for us to convince our prospective clients that what they get within a production Ferrari is the latest technology.â€

The launch of the 2017 LaFerrari Aperta to celebrate the 70th anniversary of Ferrari.

The LaFerrari, unveiled at the 2013 Geneva Auto Show, is the perfect example of how the technology from the Formula One cars makes its way into the production line. This car, with the project name F150, was Ferrariâ€™s first production car powered by the F1-derived HY-KERS (kinetic energy recovery system) hybrid drivetrain. It combined an electric motor with the most powerful Ferrari V12 engine at the time, making a total of 949hp. Knechtel reveals: â€œIn the future range (a few more years to go), we will see a lot more hybrid cars within Ferrari.â€

If it was as easy as just creating a good product to keep a company at the top of its industry for 70 years, there would be many more like it. Even though Ferrariâ€™s cars are fantastic examples of supercars, Knechtel add: â€œWhat makes Ferrari special are the customers. When they buy a Ferrari, they know that itâ€™s an entry ticket into the very exclusive world of a Ferraristi. We have loads of programmes that promote an ownership experience. At least half of our work (in Ferrari) is related to organising platforms, activities and events for drivers to enjoy the brand.â€

It doesnâ€™t end after youâ€™ve driven the car out of the showroom. Ferrari makes it so that it continues to engage with you and bring you closer to people that share the same passion and DNA of the brand. That is why, as Knechtel points out: â€œVery rarely you see a customer sell their cars. Once you start with Ferrari, youâ€™ll continue with Ferrari.â€

In the past, Ferrari has successfully connected the Ownersâ€™ Club from Malaysia to Singapore and Thailand, culminating in a convoy drive from north to south and vice versa. Local customers also get access to international events like a scenic drive in Hokkaido, Japan. The most recent one was during the recently lapsed Ferrari Challenge in the Sepang International Circuit, where owners were invited to testdrive the entire fleet of Ferrari cars with professional driving instructors in different driving situations. The key is to keep the driver interacting with the brand and, in the process, develop even more of an affinity for it over time.

Speaking of the entire fleet of Ferrariâ€™s cars, it has become clear that itâ€™s not solely about top speed anymore. Knechtel says: â€œThe development of the GT models (like the four-seater GTC4Lusso) represents a fantastic opportunity to reach out to customers who previously have not been with Ferrari. The California is a very successful model for the â€˜new to Ferrari segmentâ€™. Meaning first time buyers and younger people as well.â€ With the rise of these cars designed for multi-purpose usage and for daily drives, itâ€™s clear that the prestige of owning a Ferrari has extended far beyond just the promise of being one of the fastest cars on the road. The brand has become a universal symbol of wealth and success.

A LEGEND 70 YEARS IN THE MAKING

Seventy years on, looking at the 125 S and the limited-edition LaFerrari Aperta â€“ launched to commemorate this anniversary â€“ itâ€™s incredible to see just how much the car has grown. From 120hp in 1947 to nearly 1,000hp in 2017, Ferrari remains as quick as ever. Where the fans in 1940s were limited to the stands on the circuit, today lovers of the Cavallino Rampante come from all walks of life.

They could be the people behind the wheel of a Ferrari, or the young paparazzi snapping away at the cars with the dreams of someday being able to own one. They could also be Formula One fans, decked from head-to-toe in Ferrari merchandise, or, as I found out, just the simple folk who want to take a picture with the car when we pulled over at the rest-stop on the way up to Penang. The point is, the appeal of a Ferrari has long-transcended the realm of the petrol heads and become a beacon of aspiration and success for a vast majority of the public. For the owner of one of these beautifully crafted machines, I can only imagine what itâ€™s like to be a part of something that can draw out these kinds of emotions from driver and onlooker alike.