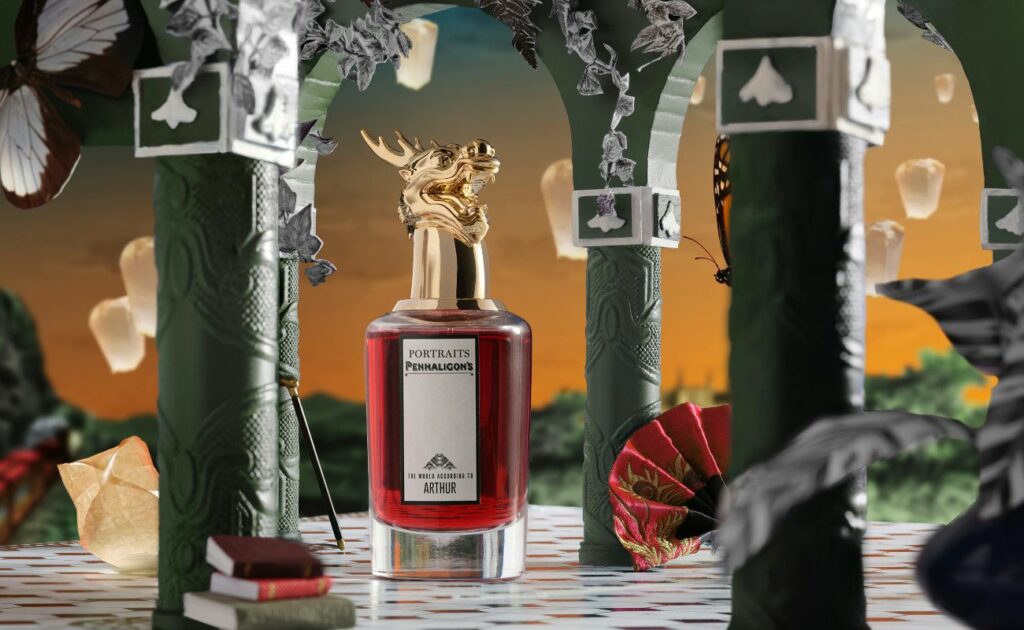 Penhaligon’s latest addition to its Portraits collection, The World According to Arthur takes you into the serene heart of Nature.
Monday, July 4, 2022 By The Peak Malaysia

There is something about fragrances that is right on the nose. Scents are intimately evocative, an olfactive journey that is both suggestive and recollective, their differing notes proposing far-off vistas as well as invoking memories that we have. The successful fragrance is the one that balances all its myriad ingredients in harmony, a scent that evokes and reminds, one whose whole is truly greater than the sum of its parts.

With more than 150 years of experience behind it, Penhaligon’s is, undoubtedly, one the world’s foremost fragrance houses. Founded by William Penhaligon in 1870 in London, the brand’s first fragrance, Hamman Bouquet, was created in 1872 and captured its founder’s experience of working in the famous Turkish baths of Mayfair. That Hamman Bouquet continues to be a mainstay of Penhaligon’s fragrance collection even today is testimony to its success.

Other Penhaligon’s mainstays that have stood the test of time include Blenheim Bouquet, created in 1902 for the 9th Duke of Marlborough, and 1910’s English Fern. More recent fragrances, including Artemisia, Elizabethan Rose, Endymion and Quercus, have also become classics, all presented in the familiar cylindrical bottles topped with a ribbon and round stopper, clearly demonstrating the house’s expertise as a perfumer. Being a recipient of three Royal Warrants – from Queen Alexandra in 1903, the Duke of Edinburgh in 1956 and the Prince of Wales in 1988 – also testifies to Penhaligon’s heritage as a British brand.

In 2016, Penhaligon’s launched the first fragrances from its Portraits Collection, an aromatic amalgamation of its olfactory ability and British heritage. The collection consists of aromatic representations of curious – and eccentric, even – members of the British aristocracy, and presented in intricately hand-drawn packaging designs by talented Icelandic illustrator Kristjana Williams. The bottles are different, too, made with slightly heavier glass bases and topped with a hand-polished animal head, inspired by the character they represent.

In the time since, Penhaligon has added new expressions to the first four fragrances in the Portraits Collection – The Tragedy of Lord George, a modern take on a classic fougère – masculine fruitiness, with a hint of shaving soap and a shot of brandy; The Revenge of Lady Blanche, woody spice perfectly balanced with floral freshness; The Coveted Duchess Rose, a sweet, rosy fragrance with an unexpected dash of musky wood; and Much Ado About the Duke, an aromatic, peppery rose fragrance, with a warm woody dry-down.

The brand’s latest Portraits creation retains the characteristic tongue-in-cheek name and unexpected olfactory sensations of the collection. The World According to Arthur is the troubled brother of Lord George, who fled a legal career and the pressure of “tedious relations” for the East. His search for serenity and sage wisdom eventually led him to the Celestial Empire, where he explored hills, lakes and temples as he journeyed to the Great Wall of China to discover serenity in the heart of Nature.

Created by perfumer Fabrice Pellegrin, The World According to Arthur is Oriental Woody Amber, opening with an enveloping incense that has been magnified using three complementary olfactive territories: fresh, resinous and leathery. A vanilla infusion in the top note, ambrette seeds in the heart and a base of tonka bean further underline the sensuality of the fragrance and amplifying its balsamic signature.

Topped by the head of a dragon – another nod to its oriental antecedents – The World According to Arthur is a worthy addition to the aromatic world of Penhaligon’s: surprising in its olfactory sensations, underscored by its expertise as a creator of some of the world’s best fragrances. Discover it for yourself at Escentials in Suria KLCC or click here to find out more.