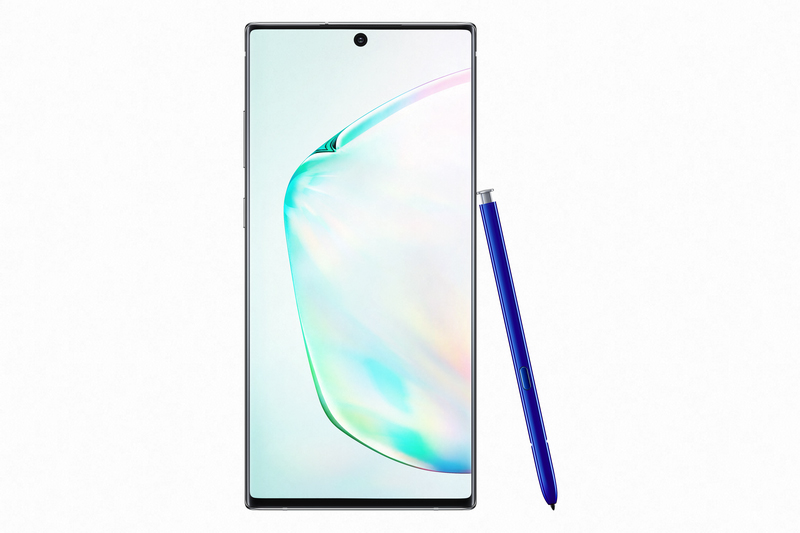 Samsung’s latest Galaxy Note10 endows users with the right tools to take their productivity to the next level.
Friday, October 11, 2019 By Jx Chong

When it comes to the best smartphone money can buy in 2019, you can count on the Samsung Galaxy Note10 series to be among the very best.

Since its introduction in 2011, Samsung’s Galaxy Note smartphone has set trends and innovated well beyond most Android devices. This year’s Samsung Galaxy Note10 comes in two sizes with the smaller Galaxy Note10 and much larger Galaxy Note10+ but it remains to be that power device for power users packing incredible hardware, software and improved features to help you stay productive and unleash your creativity.

Here are five reasons why the new Galaxy Note10 is the best tool to keep on you at all times when you need to work while on the go.

The All-New And Improved S Pen

Samsung has also taken the S Pen to the next level by adding a gyroscope and accelerometer within to have it double as a remote control with Air Actions. Using these gesture controls you can easily capture pictures, switch camera modes or control your presentation slides with a wave of the S Pen.

(Related: The Revolutionary Samsung Galaxy Fold Is Now Available For Pre-Order In Malaysia)

This, however, is just the beginning because Samsung has opened the S Pen Air Actions to third party developers thus opening infinite possibilities to add new ways to control your favourite applications with the S Pen in the near future.

Capture Your Ideas In An Instance

You never know when a good idea pops up but it is a good thing that the Galaxy Note10’s Screen Off Memo lets you capture those ideas before they disappear into the ether. Just pop out your trusty S Pen at any moment and you can immediately jot down what is on your mind, all without having to unlock your phone or start an app.

You can also now add a splash of colour to your memos with a choice of five colours to choose from and make your message stand out more. Once you are done, you can save it directly into your Samsung Notes app.

So in a manner of speaking, you have no excuse to not capture your next bright idea with your Galaxy Note10 at your side.

The Galaxy Note10 lets you do more with the S Pen with an enhanced note-taking experience. Now, users are able to instantly convert their handwritten notes into digital text within the Samsung Note app. They can also further customise their notes by either shrinking or expand their notes.

This is a great way to organise all your thoughts and ideas as all your digitally converted text are searchable within the app. Now you will never lose track of your important notes. That is not all, you can even export your notes into different formats like Microsoft Word so you can continue your work on your desktop computer.

Your Office On The Go

Samsung’s DeX feature is an absolute must-have feature for power users as it allows you to connect your Galaxy Note10 with a monitor or TV to bring content from your smartphone onto the big screen.

A brand new DeX feature exclusive to the Galaxy Note10 and Note10+ is the ability to use DeX on your PC or Mac computer with just a USB cable. This essentially opens you up to use two operating systems on one screen all with the control of a keyboard and mouse.

Samsung has also made it easier than ever to multitask between your smartphone and computer as there is no need for any additional accessory.

Once connected, you are able to access all favourite apps installed on your smartphone on a big screen. Certain enterprise productivity apps and solutions can be used within this mode allowing for greater efficiency for mobile professionals. You can even drag and drop files between your Galaxy Note10 and computer.

In addition, you can rest assured that all your sensitive data can be stored securely within a secured folder that is guarded by defence-grade Samsung Knox security.

If you are more of a desk-based user and want to stay focused on a single screen without the distraction of constantly switching focus between your smartphone and computer, then the Galaxy Note10 offers a seamless connection to your computer via the Link to Windows feature right out of the box.

Once enabled, you will be able to see all your smartphone’s notifications on your computer, send and receive text messages as well as drag and drop photos from your Galaxy Note10 directly to your computer.

Indeed, the Galaxy Note10+ embodies the power of innovative tools by Samsung. But if you are concerned about the hassle of switching smartphones, fret not because Samsung’s Smart Switch app makes the process of switching from your old smartphone to a new Samsung device seamless and painless. It is supported on both iOS and Android devices too.

The #iChanged campaign documents 10 important and common situations that many of us often find ourselves in. Nonetheless, with tools such as Samsungâ€™s Advanced Super-Steady video recording, DeX, Samsung Knox, Video Editor, All-Day Battery, S-Pen Screenwrite, and Google Drive, Maps, Play Store, and YouTube; these issues are efficiently resolved

You can also choose to trade in your old device up to RM 3,200! What you need to do is to bring your old device to the nearest participating outlet and look for our friendly staff for a quick validation. You can own a brand new Galaxy S10 or Galaxy Note10 by topping up the balance â€“ as easy as that!