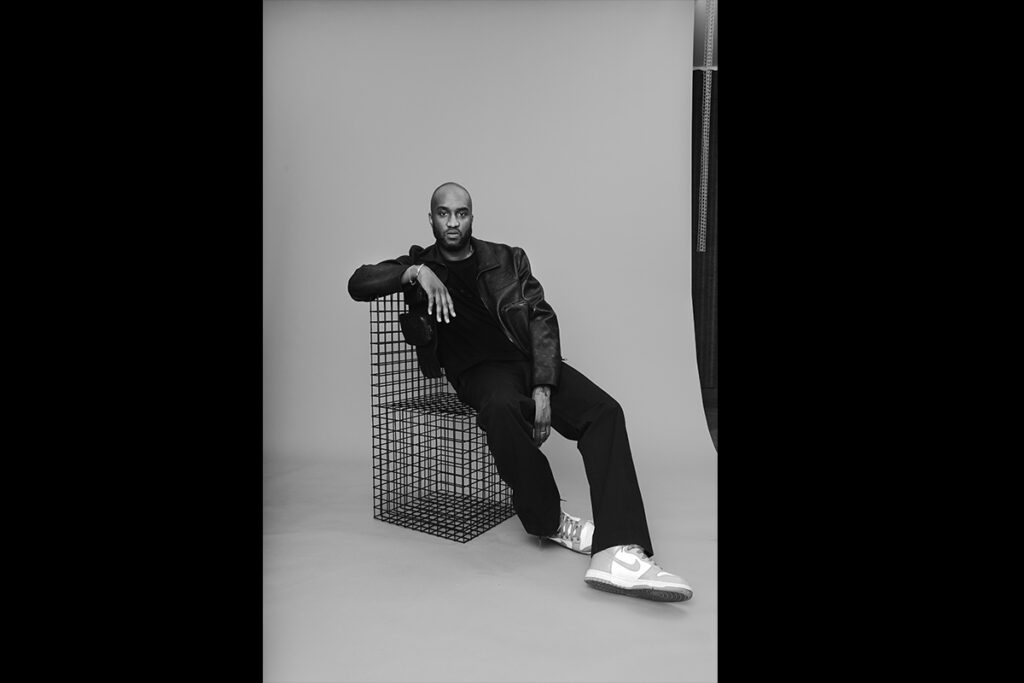 Following the news of his untimely passing, we remember the most outstanding moments of the house’s artistic director of menswear.
Thursday, December 23, 2021 By Lynette Koh

In 2018, multi-hyphenate Virgil Abloh brought a whole new dimension to not just Louis Vuitton but to the world of luxury fashion when he was appointed artistic director of menswear at the former. Abloh, who founded haute streetwear label Off-White, was also Louis Vuitton’s first African-American artistic director. Sadly, on Sunday, the 41-year-old designer passed away in Chicago from cardiac angiosarcoma, a rare cancer. Here, we highlight some of the most memorable aspects of his too-short time at Louis Vuitton.

As the pandemic closed borders around the globe and brands had to content themselves with showing their latest wares via virtual showcases, it provided the opportunity for the multi-disciplinary creative (the civil engineer and architect by training was also a DJ on the side) to come up with one of the most ambitious hybrid fashion presentations we have seen to date.

His Spring/Summer 2021 presentation for Louis Vuitton, titled Message in a Bottle, was an extravaganza that kicked off last July with a cryptic animated short film starring a cast of zany characters stowing away on a ship on the River Seine. The narrative thread was then continued with two large-scale presentations, first in Shanghai in August and then in Tokyo the following month.

A still from the Spring/Summer 2021 animated short film.

02: His abundance of ideas

For many brands, a one-page press release can sum up a 60-look collection. For Abloh, that would just be the contents page. The show notes for his collections read like an academic work, and include maps of the world showing the broad range of regions where his models — and their parents — are from, as well as glossaries explaining the terms that are relevant to a particular show and the many, far-ranging meanings behind it. For Abloh, fashion is not just about looking good in the clothes you wear, but is also “a tool for shaping identities”.

His Fall/Winter 2021 collection, for instance, mixes relaxed tailoring with traditional pieces such as African wraps, and the show was accompanied by 70 pages (yes) of show notes. Here, Abloh questioned stereotypes, identity and social structures: “The Artist, the Architect, the Salesman, the Writer, the Designer. Their familiar uniforms reflect our understanding of ambition, talent and lifestyle. Fashion is a tool for shaping those identities. Dress the part. But subconsciously, our collective view of those characters is still connected to archaic attributes of race, gender and sexuality.”

A look from the Louis Vuitton men’s Fall/Winter 2021 collection.

03: The partnerships forged under his watch

Louis Vuitton has had many high-profile collaborations over the decades, and Abloh continued this tradition to great aplomb. For Pre-Spring 2022, the brand launched a second LV² collection as a follow-up to its first collaboration with Abloh’s fellow streetwear icon Nigo, founder of the label Human Made. Blending “a Western 1950s and ’60s tailored silhouette with a Japanese sensibility”, the collection is the continuing conversation between two (talented, famous) friends.

Another extremely successful partnership has been that with South Korean supergroup BTS. In July, Abloh unveiled a fashion film featuring the seven members of the biggest pop band in the world, who walked around moodily on a futuristic set clad in Louis Vuitton’s Fall/Winter 2021 menswear. It garnered over two million views within half an hour on YouTube, a smash hit by any marketing metrics.

The members of K-pop group BTS in the Fall/Winter 2021 spin-off show in Seoul.

Despite all his abstract ideas, there is no doubt that Abloh was a thoroughly commercial designer with a knack for turning out an unending slew of covetable leather goods — typically one of the most important product categories for luxury fashion brands. This was apparent from his very earliest collections, where he debuted bags such as the Keepall LED, an innovative statement piece featuring a debossed monogram pattern that lights up in a rainbow of hues thanks to fibre-optic textile technology.

Even more desirable, in a much calmer way: The New Classics collection comprising four bags featuring the black and grey Monogram Eclipse, featuring slight tweaks to the house’s archival pieces. Because that’s where Abloh’s strength always lay — changing things just enough to make them relevant and appealing, and reimagining them in a new context, rather than upending them.

The Steamer bag from the New Classics range.