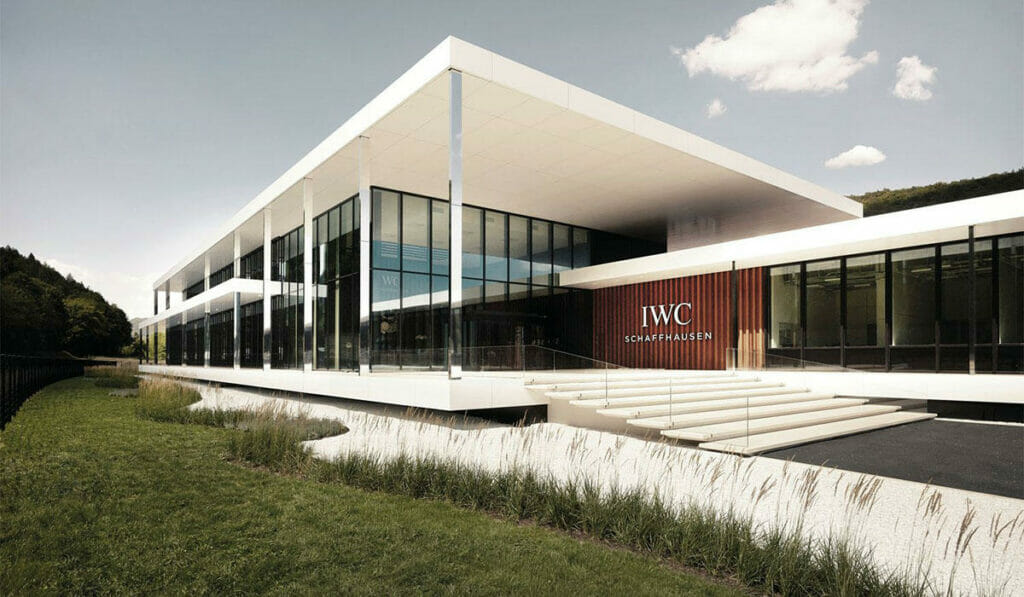 A major new IWC production facility is the latest milestone in the brand’s traditional-watchmaking-meets-high-tech story.
Tuesday, November 27, 2018 By Editors

There is no doubt that IWC’s new integrated facility is its pride and joy, and one that it is proud to show to the world. In our second outing to the heart of German-speaking Switzerland for the opening of the IWC Manufakturzentrum, there are absolutely no limits on photography or video-recording, and we practically breathe down the necks of some of the watchmakers. This is a far cry from four years ago, when we visited IWC’s headquarters and its other key facility at nearby Neuhausen, and strict restrictions were placed on photography, as well as where we could venture.

We would want to show it off, too: Located in Merishausen, a Schaffausen municipality just a ten-minute drive away from the brand’s headquarters on Baumgartenstrasse, the 13,500 sq m facility makes a definite first impression. Amid a thoroughly verdant setting, it is a long, low-lying building with a facade dominated by floor-to-ceiling glass windows and rigorously rectangular white concrete structures. Partly designed by the brand’s CEO, Christoph Grainger-Herr – an architect and interior designer by training – the facility is meant to see IWC at least 50 years into the future.

Christoph Grainger-Herr, who officially took up the position of CEO at IWC in April 2017, is an architect and interior designer by training. He helped to design the new facility, which he likens to a “modernist pavilion”.

Housing key processes – including case and movement-part production, as well as movement assembly – under its massive roof, the Manufakturzentrum brings together 239 skilled workers and high-precision machines in a logical, continuous production flow.

“We don’t just celebrate candlelight romance,” says Grainger-Herr with a wry smile, during a roundtable interview. “In watchmaking, there are times when the human touch is the only thing that makes a difference. But it’s never a contradiction to have machine technology come together with the human hand. I don’t think we need to be afraid to use the best technology to make a better product.”

This two-pronged philosophy has guided IWC since 1868, when its American founder, Florentine Ariosto Jones, started his company in Schaffausen in eastern Switzerland. In contrast to the cottage industry that defined watchmaking in western Switzerland, F.A. Jones combined Swiss watchmaking know-how with new American industrial production methods, driven by hydropower supplied by the nearby River Rhine. Today, the opening of the Manufakturzentrum brings that vision full circle.

Says Grainger-Herr: “I think the Manufakturzentrum is one of the most important selling points that we have. You fall in love with the brand, the design and the story, but here you can see that love, that craftsmanship, that dedication, the passion that goes into each and every IWC watch. It’s a beautiful reconfirmation of what this brand stands for.”

The numbers behind the Manufakturzentrum

SOLAR PANELS
2,200 square metres providing up to 15% of energy for production