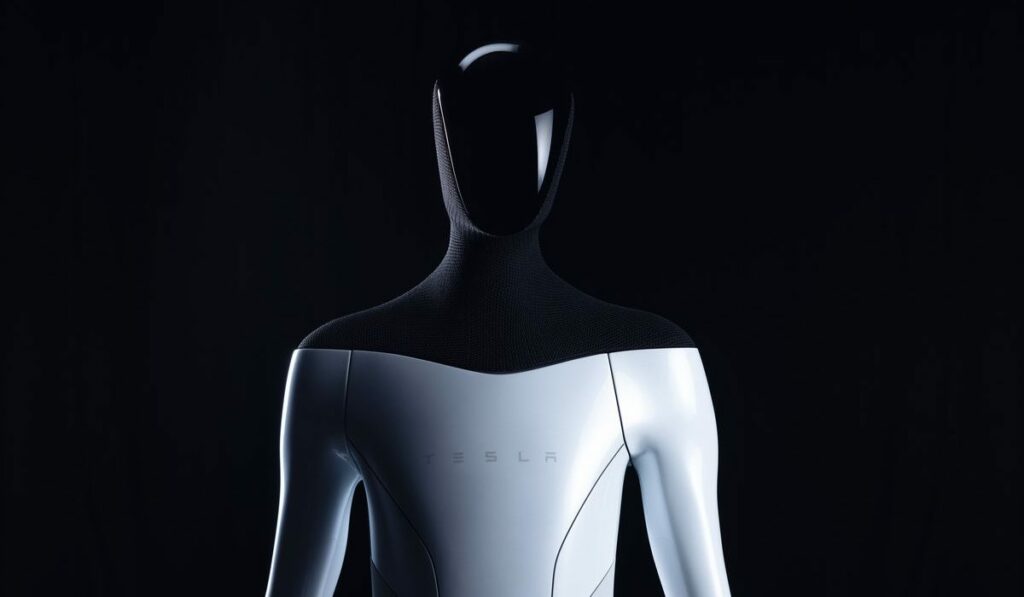 Tesla hopes to release a prototype next year – just as Boston Dynamics shows off its two-legged bots’ athleticism.
Friday, September 24, 2021 By The Peak Malaysia

Mercurial tech magnate and second richest man in the world – though that might change again soon, like it has several times this year – Elon Musk recently announced on Tesla’s AI (artificial intelligence) Day that his electric car company will be building a humanoid robot. Yes, with two arms and two legs.

The bots will be powered with the same in-development tech as Tesla’s current fleet of autonomous vehicles. Apart from the chip in its head, it’ll also navigate itself with eight cameras, just like Teslas on wheels. The Tesla Bot, which he aims to unveil a working prototype sometime next year (we’re not sure if they’ll feature in their Toa Payoh service centre), will be around 172cm tall, weighing just over 54 kg.

The Tesla Bot, the CEO of SpaceX and Tesla says, would primarily deal with work that’s boring, repetitive and dangerous. In other words, work that people don’t want to do, but have to – whether as a source of steady income, or to keep our current standard of societal living a reality.

Of course, that brings up the question of mass, tech-related unemployment: a question that the South African-born entrepreneur has long answered with his strong support for universal basic income (Government-supplied money for everyone to replace salaries when jobs become a thing of the past).

Being powered by AI, the bots would hopefully function at a higher level than your average Roomba. That could mean anything from understanding speech – for example, if Siri could actually make your toast instead of reminding you about it – to performing a multitude of general tasks. Most artificial intelligence systems now are generally capable of performing single tasks to exceptionally high degrees, yet fail to comprehend anything a step outside of their core programming.

And of course, there’s no need to worry about rampant Tesla Bots fighting back against their creators. Not only because Musk acknowledges the potential dangers (while hoping to design his bots murder-proof), but also since the prototypes will only be capable of lifting around 20kg, and strolling at a breezy 8 kmh.

Instead, one should be wary of Boston Dynamics’ Atlas robots. If anyone remembers, the American robotics company paid a visit to Singapore last year when four-legged automaton Spot dropped by at Bishan-Ang Mo Kio Park. The somewhat-terrifying quadrupeds patrolled the park looking for non-socially distanced fellows, which is concerning given that they’ve inspired an episode of Black Mirror depicting yet another AI-and-automaton-led doomsday scenario.

To further fuel nightmares (or maybe just provide Charlie Brooker with better material), the American robotics company recently unveiled some behind-the-scenes videos showing off their Atlas robots capabilities. Chief among them, the ability to leap over gaps, vault over obstacles and do backflips.

Rather impressive for a robot five years in the making. It packs a hefty 89kg into a smallish 1.5m frame, with a top-end speed of around 9kmh. The recent developments in the robots’ parkour are more significant than meets the eye, says a blog post on Boston Dynamics’ website. The bots were previously performing impressive athletic feats like dive rolls or handstands blind. Those were a show of the company’s developments in producing robotic movement – while this demonstration illustrates robots selecting and executing pre-learned moves based on what they sensed, much like human traceurs would.

The robots don’t always get it right – after all, the Atlas is a platform for the company to research on the intricacies of bipedal movement – but they’re learning. We might not find these robots as novel once we can’t outpace them with a light jog.

For more on Tesla or Boston Dynamics.

This article first appeared in The Peak Singapore