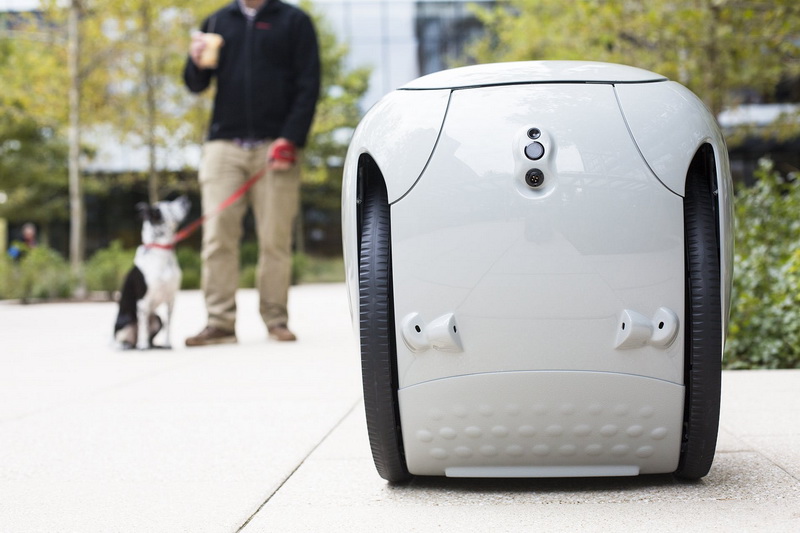 You may have seen robots in popular science fiction shows like The Jetsons back in the day and wished you could use a robotic helper around to help carry your heavy bags. That day may actually be not too far away so long as you are willing to pay USD3,250 for the latest innovation from Piaggio Fast Forward, a cargo robot called Gita.

Now, if the name Piaggio sounds familiar to you, that is because that is the very same company that created the iconic Italian scooter the Vespa. Incidentally, the name Gita means a “short trip” in Italian.

(Related: Life On Mars? Explore It At The Design Museum)

Indeed, Piaggio Fast Forward is looking to make Gita an essential companion for you when you are out on a short trip to the grocery store, the gym or park, carrying your load and freeing your hands up. It has a maximum load of 18kg so it can be really handy for carrying a heavy load at the end of a major shopping excursion.

The small spherical robot moves around on two wheels, somewhat like the robot R2-D2 from Star Wars, and it is able to navigate the world around it through the use of a number of built-in cameras that track and follow its leader with a simple press of a button. Much like R2-D2, Gita has a colour coded-lighting system that helps it communicate when it needs a recharge or ready to go.

(Related: Hop on a Hypersonic ‘Space Plane’ and fly from London to Sydney In Just 4 Hours)

Piaggio Fast Forward claims Gita is able to follow users outside or indoors and works best on hard surfaces. That, unfortunately, means it is mainly confined to city settings and it isn’t great for off-road settings like when it’s wet and mud. It can also go up slopes with an incline of 16 degrees but it won’t be able to climb stairs. Not yet, anyway.

Another thing to note is that the robot offers other conveniences including a USB port to charge your smartphone and a built-in Bluetooth speaker for those moments when you want to pipe your phone’s music through it.

Gita will be available for sale on 18 November and it is available in three different colour variants- red, grey or blue.