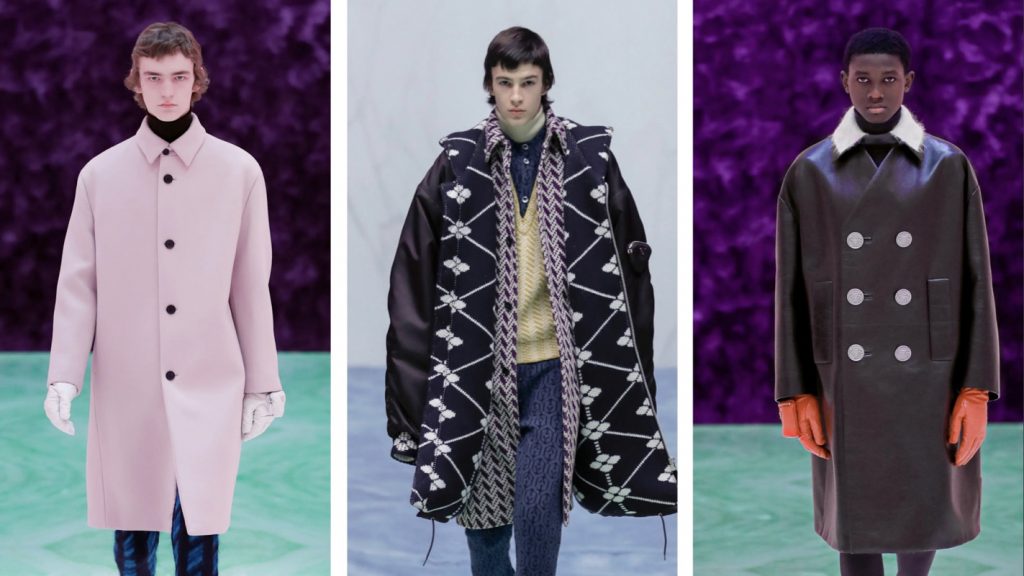 The focus of this collection is a response to what Miuccia Prada and Raf Simons feel about what’s going on in the world.
Thursday, July 29, 2021 By Sarah Hani Jamil

Having debuted their much-awaited collaboration for Spring/Summer 21, where co-creative directors Miuccia Prada and Raf Simons showcased a contemporary collection that struck a balance between both of their design aesthetics, the fashion duo returns with a menswear line that is in favour of Raf’s abilities for Fall/Winter 21.

The focus of this collection is a response to what they feel about what’s going on in the world. In a virtual conversation with art and design students across the globe, Raf explains, “This collection is connected to the feelings of the human being and is very much related to our world right now. It’s the opposite of technological sensibilities and is very much about the contrast of textures and senses.”

There is uniformity in every silhouette with the label’s take on long johns, otherwise known as the ‘body piece’. Appearing almost like second skin on each model, knit bodysuits were worn underneath oversized coats, long trenches, bomber jackets (a Raf signature), and even over shirts as an outer piece. This created a stark contrast in silhouettes, which brought a sense of edginess to the game.

Live-streamed from Milan, the futuristic show set featured geometric rooms with furry walls and carpets that created an illusion of a never-ending route. The set was designed by architect Rem Koolhaas and his research studio OMA.

This article first appeared in The Peak Malaysia Issue 2/2021