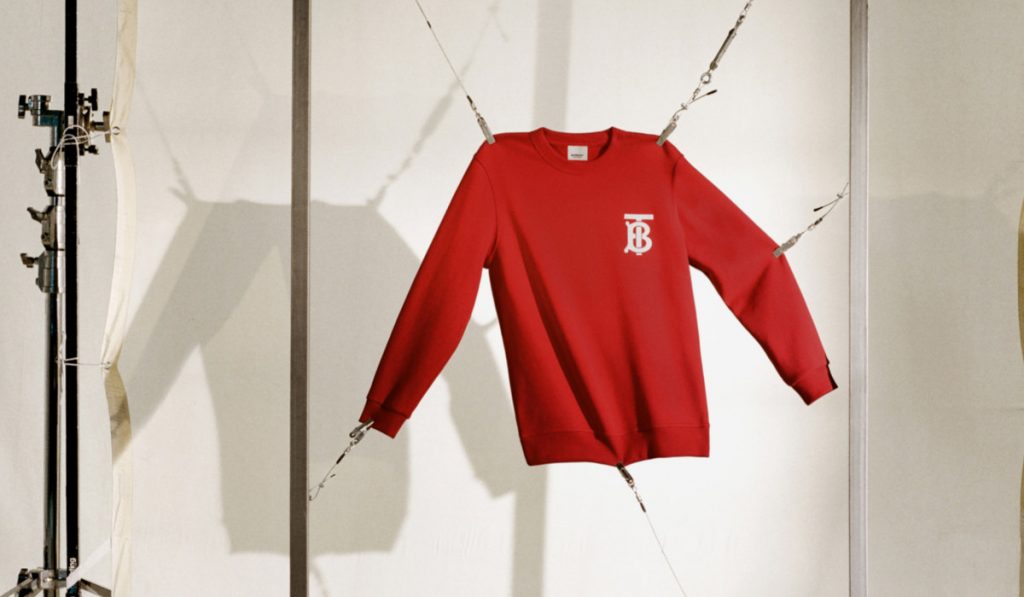 With Riccardo Tisci at the helm of British fashion house Burberry, it seems a new age has emerged for the heritage brand, an age in which it has started to fully embrace the digital era and the younger market of consumers who make more of their purchasing decisions through their handheld mobile devices that come with it.

One of Tisciâ€™s first moves as Creative Director was to revamp Burberryâ€™s unmistakable logo, a change that saw the removal of the equestrian knight and serif font, into one that is big, bold and more importantly, easily readable on digital devices. The move is one that many luxury brands adopted last year, and is clearly a sign that these brands are ready to move full force into the digital age. But Tisci is doing something different with Burberry that we have yet to see with other fashion labels, which is engaging customers with their constant online exclusive releases.Â

The B Series is a collection of capsule launches from Burberry that started after Tisciâ€™s first runway showcase during London Fashion Week (LFW) 2018. The first collection launched in the lead-up to Tisciâ€™s first runway, a black t-shirt emblazoned with the Thomas Burberry monogram (as seen above on Tisci’s instagram post). On the 17th of September, just 30 minutes after his LFW show, Tisciâ€™s entire first collection was available for purchase. The catch, you could only grab them within a 24-hour time frame and sales were made exclusively through Instagram and WeChat. From then on, these B Series capsule releases have taken place on the 17th of every month, a recurring event now marked on calendars as something to keep an eye out for, while sales are still limited to a 24 hour, online-only model.

According to Burberry CEO Marco Gobbetti, the market strategy theyâ€™re adopting is one of â€œmore frequent, smaller deliveriesâ€ in order to â€œkeep the customerâ€™s attention and keep them engaged with us.â€ And itâ€™s working, with Tisci breaking past projected sale numbers in his first year.

The move is one that cleverly utilises the fast-paced, information-at-your-fingertips characteristic of the digital world, and one that might work to pull in the younger millennial market, who spend an increasing amount of time on their mobile devices. Not only that, Tisci is keeping the industry on their toes with the consistent yet mysterious allure of month product releases (akin to the increasingly popular monthly subscription boxes with a rotating list of products) as people anticipate what might come next. The 24-hour time frame also keeps things limited-edition, spurring customers on to make buying decisions immediately and increasing attention on what Burberry is up to.

The 17 January edition of Burberry’s B Series featured a red TB Monogram polo t-shirt and sweater.

Itâ€™s great that a brand that started more than two centuries ago is evolving with the times and staying relevant in an age where information becomes increasingly filtered and personalised. Iâ€™m looking forward to see what else Tisci has up his sleeve through his tenure as Burberryâ€™s Creative Director.

The next B Series drop will take place on 17 February, stay tuned to Burberry’s social accounts to be in the loop.Â