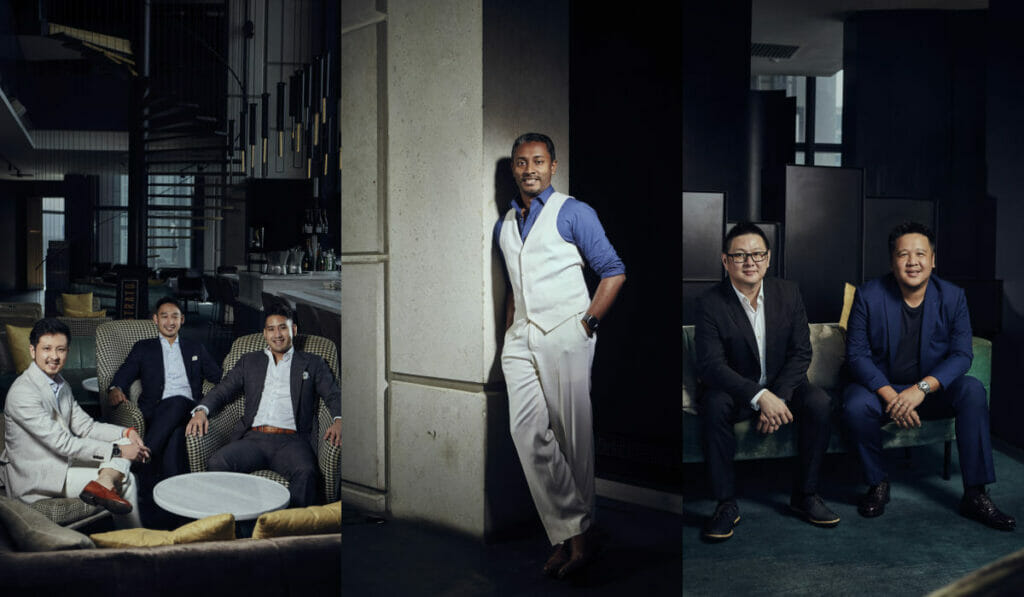 We actually met at a dumpsite and saw the opportunity to, literally, turn one man’s trash into another man’s treasure. Our backgrounds are in financial, where Matt is an accountant by profession and Levin is a banker with computer science background. While it may seem rather odd for the two of us to venture into the RE (renewable energy) business, we realised there is big potential in RE and that’s when we decided to set up Mattan Engineering.

Both our roles are like a goalkeeper and a striker in a football team. I (Levin) focus on bringing business opportunities to the table, while Matt ensures the company delivers on time in full for all our projects. As an Executive Chairman, I also take on the role of Executive Director for Business Development, hence the striker role. Matt’s role as CEO – the goalkeeper – is equally critical because he would need to ensure that the company has the cash flow to fully leverage on the opportunities that my team and I bring in.

From the beginning, we wanted to build a multi disciplinary RE company. Instead of focusing on just one source of RE, why can’t we look into it as a whole? We have projects in solar, biogas and hydroelectricity as well. But we always strive to be as efficient as possible with the limited resources that we have. For example, our solar plants are mushroom farms as well. Under the solar panels, we plant mushrooms that are sold to not only generate revenue, but also to reduce heat that actually reduces the efficiency of these panels.

While the company is fairly young – only six years in operation – 2018 will be a big year for us. It’s a year of growth. For one, we are looking to list in the first half of this year, which we hope will be a springboard for us to grow the business further in both the local and international business arenas. We are looking to penetrate the RE markets in Cambodia, the Philippines, Indonesia and the Middle East. Our midterm ambition is to be a powerhouse in RE within the South- East Asia region, and it makes perfect sense as this region is outgrowing the rest of the world and RE is not widely adopted yet.

Educating people on going green is tough as a majority of the market is either ignorant or adamant about sticking to conservative methods and traditional business protocols. And so, we have to step in and advise them on the differences in operating their businesses by using RE, and continuously remind them of the benefits of going green. Even banks need guidance in green projects as these are not standard infrastructure projects with clearly defined protocols. Everyone is getting educated along the way.

That being said, we believe that the interests in RE will only get stronger as evidenced by global trends. Our dream, as a company, is to be a South-East Asian RE powerhouse. Once we have achieved this, the next relevant step would be to grow globally. For that, we need to establish a strong brand and we believe that we are well on our way to achieving this. Despite having only been in the industry for a few years, we have been receiving strong support from our customers, which is further substantiated by our order book that amounts to MYR300 million from 2017 to 2018 alone. This, we believe, is a powerful endorsement of our capabilities and our brand.

Matt Tan and Levin Tan were top nominees for the EY Emerging Entrepreneur Of The Year 2017 Malaysia.