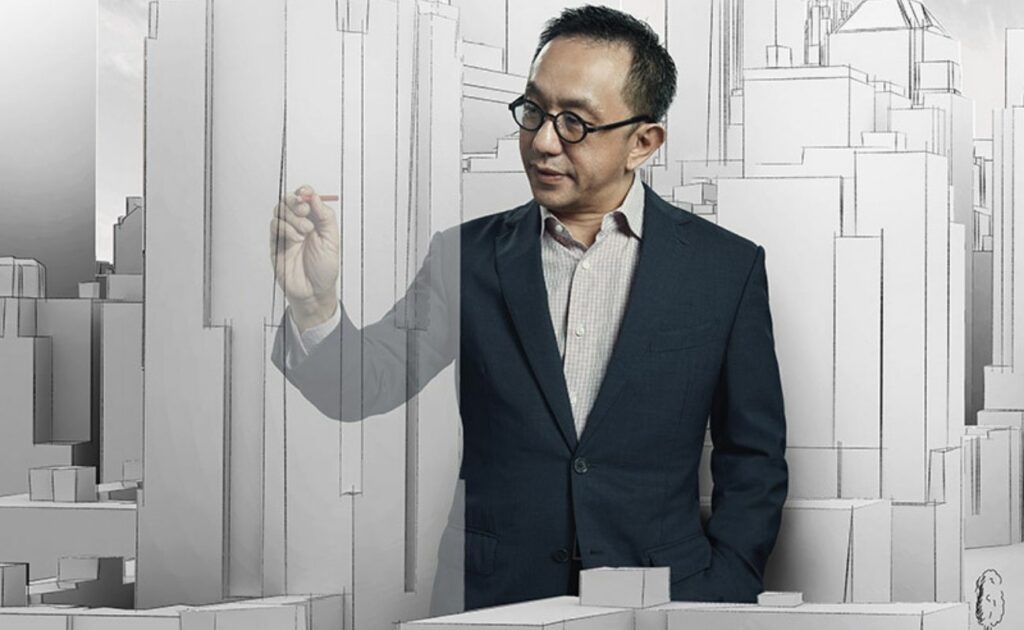 The former Chairman and Group Managing Director of Ireka Corporation, who passed away yesterday, was celebrated for his development of The Westin Kuala Lumpur, The RuMa Hotel and Residences and...
Monday, May 16, 2022 By The Peak Malaysia

Datuk Lai Voon Hon always believed in the importance of having a vision. The former Chairman and Group Managing Director of Ireka Corporation, who passed away yesterday from cancer, found inspiration in dreaming big, leaving a memorable legacy that has enriched the Kuala Lumpur skyline with iconic buildings.

A trained architect, the late Datuk Lai studied at The Bartlett School of Architecture at University College London, one of the world’s most prominent and influential architecture schools. In a cover interview with The Peak in 2017, he credited his father, Datuk Lai Siew Wah, who founded Ireka in 1967, for encouraging his choice in career: “My father told me, ‘If you have that gift of creativity, why don’t you try architecture? Then you won’t spend as much time under the sun, unlike me!”

Datuk Lai Voon Hon welcoming guests of The Peak’s Principal Dining Series event at The RuMa Hotel and Residences in 2019.

After practising as an architect in London and Hong Kong, where he focused increasingly on designing hotels and high-end residential apartments, it was also his father who laid the path for Datuk Lai’s eventual to the family business: “He had purchased three plots of adjoining land in Bukit Bintang, on which he wanted to build a hotel. He found my soft spot and pointed out, ‘You’ve been complaining that clients often don’t understand your concepts and saying that if they listened to you, their project would be far better. Now you’ve got the land right here – come back and design what you like. Build what you think might be the perfect hotel’.”

Accepting the challenge, he ended up creating The Westin Kuala Lumpur, a 452-room, five-star hotel that opened in 2003 and was later sold at a record price of MYR1 million per room. Although he would go on to build other landmark hotels like Aloft Kuala Lumpur Sentral – the largest Aloft hotel in the world in terms of rooms – and The RuMa Hotel and Residences, Datuk Lai would continue to take enormous pride in The Westin Kuala Lumpur even years later.

As his involvement in the company grew – Datuk Lai would eventually become its Group Managing Director in 2015 – Ireka would also flourish, successfully completing other commercial buildings in Kuala Lumpur, including 1 Mont Kiara, the OCBC Bank Head Office and Wisma AIA , Sabah, Iskandar Malaysia and Vietnam. At the same time, Ireka also ventured into residential developments, experiencing significant success especially with its i-Zen brand of luxury properties in Mont Kiara, Kuala Lumpur: “When we built our i-Zen properties, like SENI and Tiffani by i-Zen, we wanted to develop international-standard condominiums. We were the first to introduce concierge service, just as we pioneered the idea of introducing air-conditioning as a standard part of the package, rather than selling the units with holes in the walls as was the norm in those days.”

Through it all, Datuk Lai believed that it was Ireka’s emphasis on being different in whatever it did that helped define it: “We try to build something unique… we prefer to explore the latest or most interesting ideas, especially in construction or development, whether it’s Aloft Kuala Lumpur Sentral or 1 Mont Kiara mall, with its distinctive roof structure.”

Just as important was the need for vision and dreaming big: “I know we tend to make sure our dreams are realistic, though, personally, I’m one of those people who starts by getting the best vision I can. With all our resources, what’s the best vision we can achieve? Then we can start analysing and adjusting our goals, but with a lot of dreams, you can’t actually know how far you’ll go until you try. If I stopped dreaming, it would be the end of my career. I need to continue to dream big to be able to create things, so really, I encourage everyone to dream big to succeed in life.”