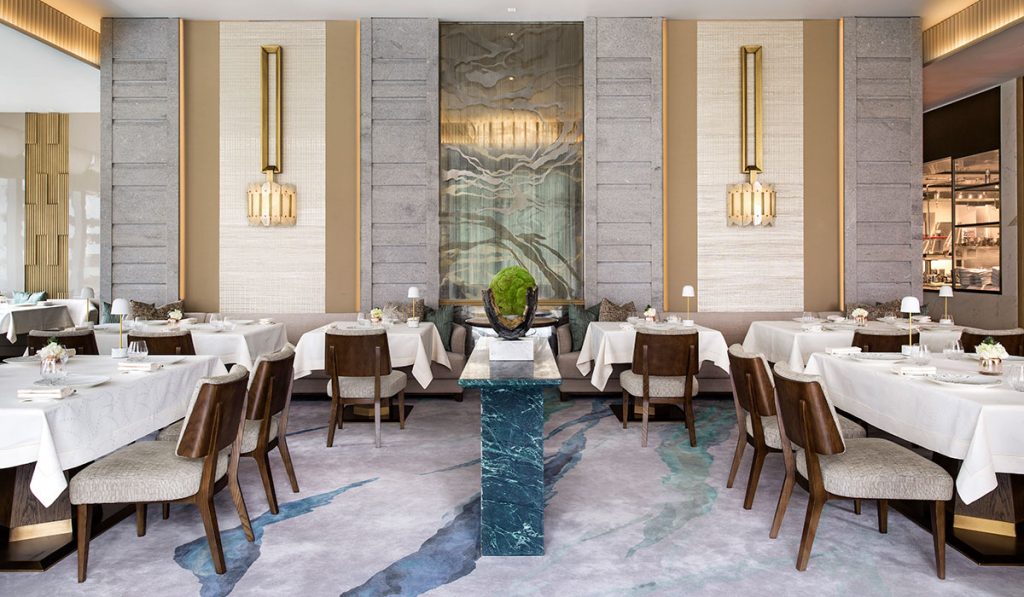 The Peak is back on the taste trail with four new recommendations to try this February.
Wednesday, February 5, 2020 By Neda Al-Asedi

It is a new month and so it is time for us to roll out our monthly food and drink recommendations. This February we take you from a Michelin-starred restaurant in Hong Kong to a new restaurant in a resort that looks to usher in a new era of Thai dining.

The St.Regis Hong Kong, which opened last April to fanfare and a great reception, is now home to two Michelin-starred dining venues. The 12th edition of the Michelin Guide Hong Kong Macau for 2020 awards L’Envol and Rùn, the hotel’s contemporary French and signature Chinese restaurants with one Michelin star each. Bagging a Michelin star in less than one year of opening is no easy feat but the culinary teams at these two restaurants, led by Chef Olivier Elzer and Chef Hung Chi-Kwong, make it look easy. L’Envol is known for its innovative approach to haute French cuisine, with seasonal menus showcasing unique food journeys and exceptional wine-pairings, while the dishes at Rùn serves masterful and unique interpretations of familiar Cantonese food. The next time you find yourself in Hong Kong, make it a point to book a table at the city’s newest Michelin starred restaurants.

KHUM HOM TO A GREAT MEAL

The health and wellness retreat in Bangkok, Mövenpick BDMS Wellness Resort, welcomes a new restaurant to their property in the form of Khum Hom. The restaurant ushers in a new era of Thai dining at the resort by introducing a unique take on Thai cuisine. Led by Chef Ian Kittichai, one of Thailand’s most famous chefs, Khum Hom will serve authentic and original recipes from the four culinary regions of Thailand: the north, northeast, central and south. Focusing on the quality of the ingredients, dishes will employ responsibly-sourced, organic produce to create wholesome dishes that not only taste great but also pays respect to Thailand’s rich food heritage, while being in line with the resort’s focus on health and wellness.

Fans of scotch whisky rejoice, for Chivas Brothers has released its largest ever collection of single malt scotch in the form of the Secret Speyside collection. The collection offers fifteen bottles of rare 18 to 30 year old single malts from four of the most elusive distilleries in Speyside, including the now vanished Caperdonich distillery which bottled its last scotch in 2002. Enjoy three rare single malts from the Glen Keith, Longmorn and Braes of Glenlivet distilleries respectively, while the other six bottles are three peated and three unpeated blends from Caperdonich. A veritable treasure chest into the history of Speyside’s unique centuries-long history of Scotch, the collection is a great opportunity to own and savour these otherwise hard to attain bottles of single malt whiskies. The collection is now available in KLIA and selected airports worldwide, and will roll out to selected markets globally in the summer.

Aman Venice welcomes a new consultant chef to their culinary team in the form of three Michelin-starred chef, Norbert Niederkofler. Known for his culinary philosophy Cook the Mountain, Chef Norbert draws inspiration from the mountains of his home region of South Ttyrol and puts value in locally grown produce. At Aman Venice, he will curate a series of dishes with the theme Cook the Lagoon, working with the resort’s executive chef Dario Ossola to consult and source from local farmers, fishermen and markets. His curated menu will be served at the resort’s signature restaurant Arva that celebrates inventive Italian cooking techniques. Throughout 2020, Chef Norbert will also be welcoming one other chef to join him in Arva’s kitchen for four handed dinner services, with dates to be announced as the year progresses.