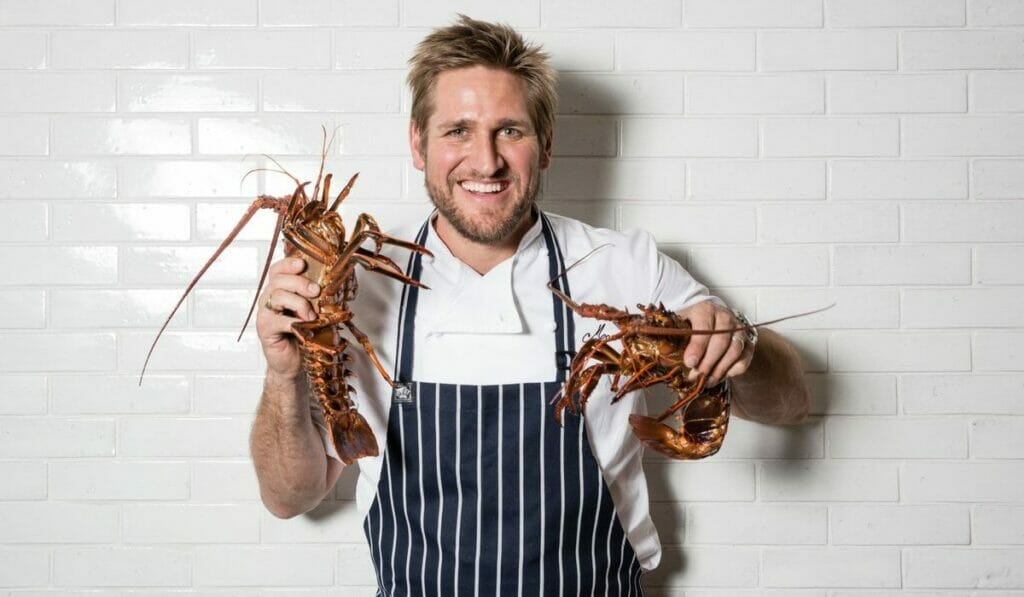 Chef Curtis Stone, who will be heading to the Margaret River Gourmet Escape in November, tells The Peak how he meets the expectations of today’s diners.
Tuesday, October 24, 2017 By Editors

Chef, restaurateur, cookbook author, food reality TV show host and judge, culinary consultant, creator of cookware and appliance ranges…there aren’t many corners of the F&B world which Curtis Stone hasn’t explored and mastered. The multi-talented, affable and towering Stone has come a long way from his Surfing The Menu days: currently the owner of much-accoladed restaurant Maude in Beverly Hills, and co-founder with his brother Luke of Gwen Butcher Shop and Restaurant in Hollywood, he is also a devoted dad to two sons.

Restaurant culture has evolved considerably since you worked under Marco Pierre White for eight years. How have diners’ expectations changed, especially given today’s media-saturated world?
The culinary world has become a much smaller place. Chefs work across different countries. It’s not like Noma is full of people from Denmark and El Bulli is full of cooks from Spain, they’re totally international kitchens – if you go to one of these great restaurants of the world, they literally have an international staff. And I think diners are the same, they are traveling more than ever. We often get people in my restaurant who compare us to other great restaurants of the world. With social media, you can see what people from all over the world are cooking. So diners have become a lot more savvy and a lot more interested.

Your work has ranged far and wide, from hotel catering to Michelin-starred fine-dining to food television and being a supermarket ambassador, and now running your own restaurants. Where do you feel the most comfortable? Or is the multi-tasking what you enjoy?
We chefs multi-task all day long. You get to work, you get started on this prep, you’ve got something in the oven, you go back to doing other prep, you put something on the grill, you’ve got to remember something is in the oven…when is someone getting that out of the other oven you need to use? You have to do a thousand other things constantly. I’ve always enjoyed having a few things on my plate, but I’m most comfortable in my restaurants. I get to work in the morning and dig the coals out of the fireplace from the night before, put them into a can, and light a new fire. That’s my first job of the day and it’s symbolic of the work in the kitchen. And I enjoy being there the entire day so I can see and participate in what’s going on.

You’ve lived, worked and travelled around Australia, the UK and the US. What dish says ‘home’ to you?
Nothing says ‘home like Australia’ more to me than a pork roast that my granny would make. It’s comforting, relatively easy to prepare, and just takes me back to my childhood days in the kitchen with her.

You named your current restaurants after your grannies, who instilled in you an appreciation of ingredients and cooking. How are you passing this on this legacy to your own children?
We have a garden at home and tend to it together as a family. The kids learn about healthy eating and what vegetable is in season. We took great pride in the process when we saw something we planted as a seed end up on the table. Some of my greatest memories with my family are around food and I’ll continue that tradition with my boys.

Your Beverly Hills restaurant Maude made a splash with its single-ingredient-themed tasting menus, but changes are afoot – what are you and executive chef Justin Hilbert planning?
We’ve really enjoyed doing Maude in its original format for four years, and have created nearly 50 menus and 500 new dishes, but we want to be at the top of our game and it’s starting to feel like we need to freshen up. We’re totally flipping the model. We’re still going to serve a tasting menu, but it will be newer, brighter, and more exciting than it has ever been. It’s been a crazy challenge but we want to make it even harder for ourselves and push ourselves even further. Stay tuned.

What can diners look forward to at your Audi Gourmet Beach Barbecue that opens the Margaret River Gourmet Escape this year?
Great ingredients cooked in an Australian way on the beach – some of the best ingredients in the world come out of Western Australia and the Margaret River, of course, has amazing seafood, beautiful produce, and incredible wines. Fun times!

Note: Curtis Stone along with a host of celebrity chefs from around the world will be heading to the Margaret River Gourmet Escape held from 16 To 19 November, 2017. For more information on the programmes, visit: gourmetescape.com.au