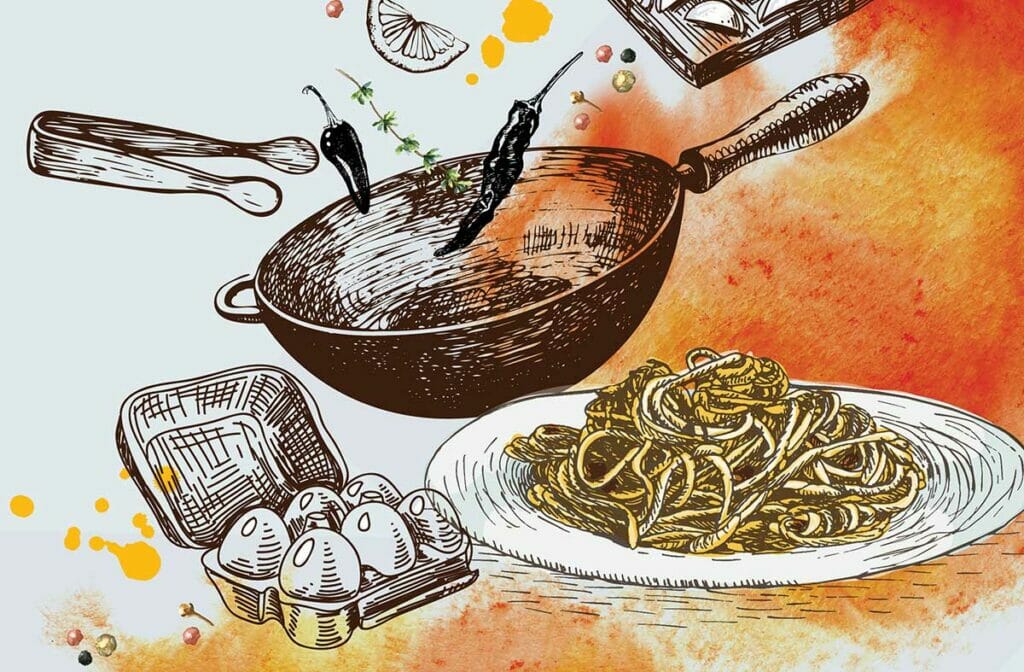 Why travel to only see the world when you can also travel and pick up some new skills? Here are some unconventional travel experiences for you to try on your next sojourn out of the country.

Few things are more insightful for a wine drinker and connoisseur than a visit to a renowned winery to see how your favourite vintages get made. Winery tours are a dime a dozen when visiting any wine growing region, but how often do you get the chance to make your own wine from scratch, from blending right down to bottling?

Bespoke wine company Viniv offers a unique experience for those looking to forge a deeper connection to wine, by allowing the rare opportunity to walk right into the heart of the Bordeaux winemaking region. The Viniv winery is located adjacent to Château Lynch-Bages, known for their red wines of the same name and for being one of eighteen cinquièmes crus (Fifth Growths) named in the Bordeaux Wine Official Classification of 1855. Winemaking in Bordeaux is often a strict business, with the community having to abide by rules of tradition, such as not allowing for mixing of grapes across properties. But Viniv members have free reign over how they blend their vintages, and access to all the vineyards in the region, allowing for picking of grapes across appellations and from both the left and right banks.

Viniv members are involved in the whole process from initial planning to label design, right up to the final blend and ageing of your wine. Along the way, a panel of experts from the surrounding châteaus are on hand to guide you and provide their expertise, including Daniel Llose, technical director at Château Lynch-Bages; Nicolas Labenne, head winemaker for Château Lynch-Bages and Château Ormes de Pez, as well as the legendary Eric Boissenot who consults at five of Bordeaux’s 1855 First Growth properties.

With enough time and dedication, Viniv lets you pop the cork on your first bottle of wine and call yourself a veritable Bordeaux winemaker. Don’t worry about running out of the 288 bottles of your 2019 vintage because you can always go back to the Viniv winery and make a second batch.

It’s no secret that pearl diving is one of the most challenging jobs in the world. It sees divers having to essentially free-dive (diving without the use of breathing apparatus) and search the ocean floor for pearl-containing oysters. The sheer skill and technique that it takes just to come up with a handful of pearls is making pearl diving an increasing unpopular career choice (dwindling numbers of women pearl divers in Japan and Korea, called ama and haenyo or sea woman in their respective languages, are a testament to this).

However, those interested in diving for their own gleaming treasure can make their way to the waters of Bahrain, which the government have opened up to tourists to try their hand at this challenging task. The Persian Gulf is known as a hotspot for pearl cultivation, and Bahrain is among the Arab countries surrounding the Gulf whose major trade export before the discovery of oil was pearls. The closely guarded Gulf waters of Bahrain used to be closed to visitors looking to collect their own pearls, but in 2017 the government opened up the waters to allow a small number of operators to lead tourists on pearl diving expeditions.

Though pearl diving is not for the fainthearted, modern developments have made it a lot safer for all, and you don’t have to be a certified diver to take part. All you have to do is book an excursion with one of the Tourism Authority recognised dive operators and then apply for a pearl diving pass from the government before attending a safety and training briefing on the day of the excursion. Once done, divers are allowed to collect up to 60 oysters that will be opened on the return trip to shore, before a professional inspects the pearls and packs them for you to take home.

Shake up your itinerary on your next trip to London, this time setting aside a few days to pick up on the basics of theatre and drama. As the home country of some of theatre’s most legendary names, and home of the West End, the Old Vic and the Globe Theatre (and many many others), London is a great place for theatre enthusiasts to fully immerse themselves in the art scene.

Learn from the best of the best with short courses at London’s Royal Academy of Dramatic Arts (RADA) that run the gamut of themes relating to the theatre-making and storytelling world. Follow in the footsteps of some of the best names of the British entertainment industry, such as Anthony Hopkins, Michael Gambon, Kenneth Branagh and many others who are just some names on RADA’s long (and impressive) list of alumni.  Whether you’re looking to be centre stage and under the spotlight, prefer to be running the show from the tech box or even want to brush up on your production management skills, RADA short courses cater to all interests and age groups.

Courses run from three-hour taster workshops all the way up to eight-week terms so you can choose what works best for your stay schedule. Whether you’re an enthusiastic beginner to drama, need a refresher on unleashing your inner thespian or a seasoned veteran looking to polish your connection to classical Shakespearean text, take your pick from the multitudes of courses available. For those looking for a more exciting first taste of drama, try out the Close Encounters short course, a six-day introduction to stage and camera combat to get your blood pumping.

COOK UP A STORM

Interested in taking your appreciation for the gourmet to new heights? Looking to expand into the food & beverage industry but want to get some hands-on experience in the kitchen to prepare you for the role? Or you simply like the idea of knowing what exactly goes into the food that you consume at some of the world’s best fine dining establishments? Take that enthusiasm on your next trip to Paris and enrol in short courses at the famed Le Cordon Bleu culinary arts academy.

From sweet to savoury, from farm to table, Le Cordon Bleu’s short courses teach you some of the most famous techniques of the strict French culinary arts, which any good chef will tell you is the most indispensable skill for any aspiring chef. Short courses available at Le Cordon Bleu cover cooking classes, pastry classes, boulangerie workshops and oenology lessons, covering every base of the gourmet food equation. Learn the basics of how to pair sake and wine on one day, get kneading the next in a bread-making workshop, and round off the weekend with a class in making French pastry. With most workshops being one-off two to four-hour sessions, feel free to sign up for any number of sessions of different themes and pick up these vital transferable skills of traditional French cuisine.

Learning some of the best and widely used techniques of French culinary arts will no doubt equip you to not only fully appreciate the food you’re eating, but also let you cook up a gourmet meal, and decide on wine or sake pairings to go with, for you and your loved ones on your own. As the saying goes, the best way to the heart is through the stomach.