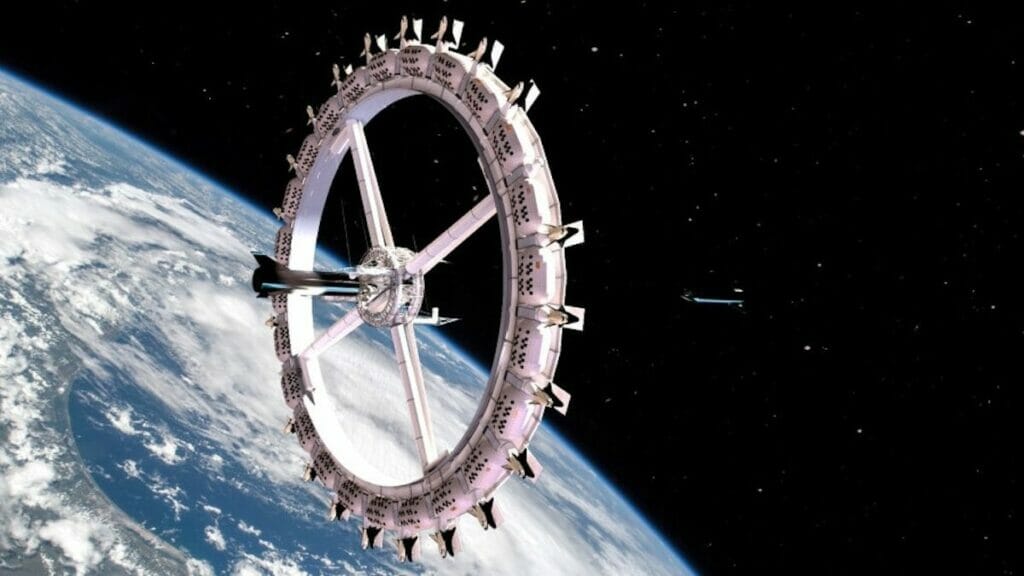 With the current state of the world, it’s safe to say that a majority of us are looking to a more hopeful future. Voyager Station offers a leap into a whole new venture of humanity: space travel – for those of us who aren’t astronauts. “We’re trying to make the public realise that this golden age of space travel is just around the corner. It’s coming. It’s coming fast,” said John Blincow, president of The Gateway Foundation, in a recent interview with CNN Travel.

The station is slated to be completed by 2027, with construction to start in 2026. Construction would have started earlier in 2025 if it were not for delays caused by COVID-19.

Plans for the space hotel were initially announced back in 2019 by The Gateway Foundation. Only now they have a new construction company – Orbital Assembly Corporation – and a different name – from Von Braun Station to the current Voyager Station.

Voyager station’s website offers several renderings of the hotel’s interior, complete with all that you would expect in a luxury cruise. From luxury rooms and suites, to a gymnasium and an activity module that also turns into a concert venue, to a restaurant with astronaut food classics like Tang and freeze-dried ice cream, to a bar with the best view of the world.

Although, just to emphasise that you are not actually in the world – even with simulated gravity and earthly, creature comforts – you would be able to do things otherwise unfathomable on Earth: like jumping off the balcony of the bar and landing safely a storey down.

According to Tim Alatorre, senior designer at Orbital Assembly Corporation, in a previous interview with CNN Travel: “Because of the weightlessness and the reduced gravity, you’ll be able to jump higher, be able to lift things, be able to run in ways that you can’t on Earth.” This is due to the 1/6 Earth gravity environment created on the station.

The structure rotates, like a Ferris wheel, but much faster, generating centripetal force that simulates the effects of gravity. According to Voyager Station, it is able to vary the level of artificial gravity by playing with the rate of rotation.

Alatorre in the same interview explained: “The station rotates, pushing the contents of the station out to the perimeter of the station, much in the way that you can spin a bucket of water – the water pushes out into the bucket and stays in place.”

The inner ring, which is the docking hub, will be manufactured first, followed by the outer ring truss and finally the habitation ring where the hotel and additional research facilities will be.

Getting involved in history

Orbital Assembly Corporation has plans of launching the next phase of human exploration of space.  Other than the hotel modules on Voyager Station, there will also be modules dedicated to research, the development of more commercial space endeavours and space tourism.

Seeing humans and technology from around the world intertwining to create this new reality, is reminiscent of how history continues to create new normals. With all the negative connotations this buzz phrase has brought up over the past year, it will be a pleasant change to imagine how humanity’s new normal could invoke a vision among the stars.