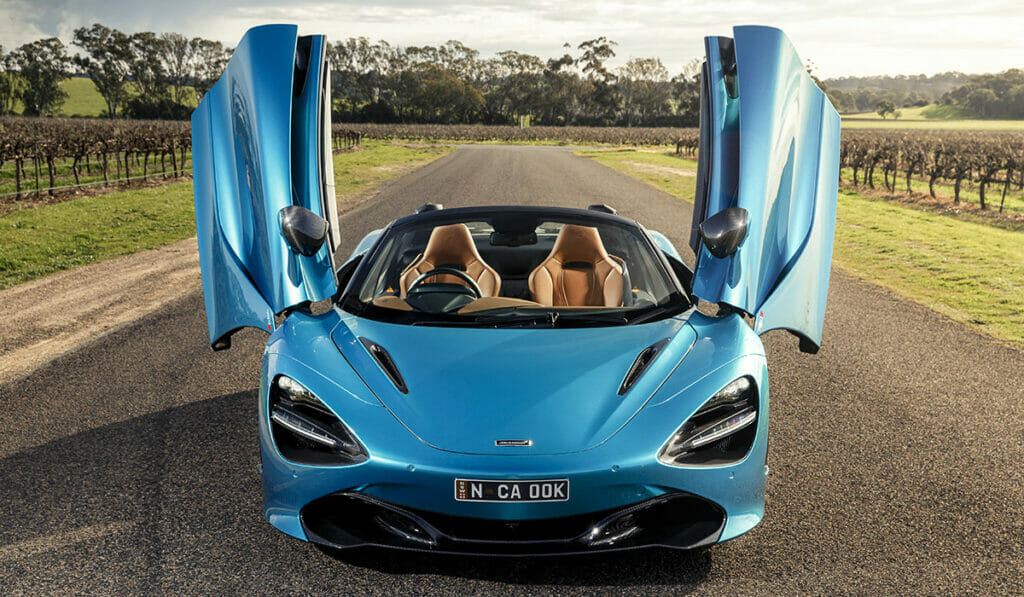 McLaren’s 720S Spider offers ferocious acceleration on par with the 720S Coupe even with the roof down.
Monday, August 19, 2019 By Jx Chong

“The McLaren 720S Spider is the second-generation Super Series that represents a stunning new interpretation of the McLaren design language and dedicated to the aerodynamic principles while personifying the brand’s performance DNA,” said McLaren Automotive Asia Pacific Head Rob Pritchard.Â

Adding to that was McLaren Kuala Lumpur, the sole official importer and dealer of the brand, Chief Executive Officer Roland Chan who said that Spider delivers across a remarkable spectrum of abilities to outstandingly high levels, and as the lightest in its class.

Chan added that the 720S Spider will complement the current range of McLaren sportscars and supercars in Malaysia which includes the 570S CoupÃ©, 570S Spider, 600LT CoupÃ©, 600LT Spider and 720S CoupÃ©.

McLarenâ€™s philosophy of unrivalled vision is central to the second-generation Super Series and the new Spider certainly delivers on this vision with its unique, glazed flying buttresses further aiding driver visibility while adding visual drama to the car.

The Retractable Hard Top (RHT) of the 720S Spider is a completely new design, with a one-piece, carbon fibre roof panel as standard and provides a full carbon fibre upper structure when the roof is closed. Using a folding mechanism that is electrically rather than hydraulically driven, the RHT can be lowered or raised in just 11 seconds â€“ six seconds quicker than the 650S Spider.Â Â

Needless to say, the canopy-like design of the 720S CoupÃ© makes it instantly recognisable from a distance.Â

But the new design is not just for show as the driver benefits from the sense of 360-degree vision within the cabin, allowing light to flood into the cabin while providing superior visibility.Â Â

(Related: McLaren: How This Young Supercar Maker Is Giving Brands Like Ferrari And Lamborghini A Run For Their Money)

The interior is the same welcoming and luxurious supercar cabin that McLaren has been known to make.

Owners wanting to experience the open-air nature of the 720S Spider even with the roof closed can can choose to equip the sportscar with an electrochromic glass top that can switch rapidly between a transparent or tinted state at the touch of a button.Â Â

The dual-zone climate control and air conditioning system has been recalibrated for the 720S Spider and is able to detect if the RHT position. The temperature and airflow are automatically adjusted, warming or cooling occupants according to the ambient settings already selected by increasing airflow into the cabin and moving more air to the footwell or upper cabin areas.

(Related: Why The Sexy McLaren 600LT Belongs In Your Stable)

The new 720S Spider is available in the same three specifications as the CoupÃ©, with Performance and Luxury trims extending above the standard model.Â Â

In terms of colours, there will be two new exterior colours â€“ Belize Blue and Aztec Gold â€“ have been introduced for the new Spider among a palette of 23.

Poised to give drivers the exhilaration of open-air driving, the new McLaren 720S Spider is ready for preorder for RM1,218,000 (before duties and options).Â