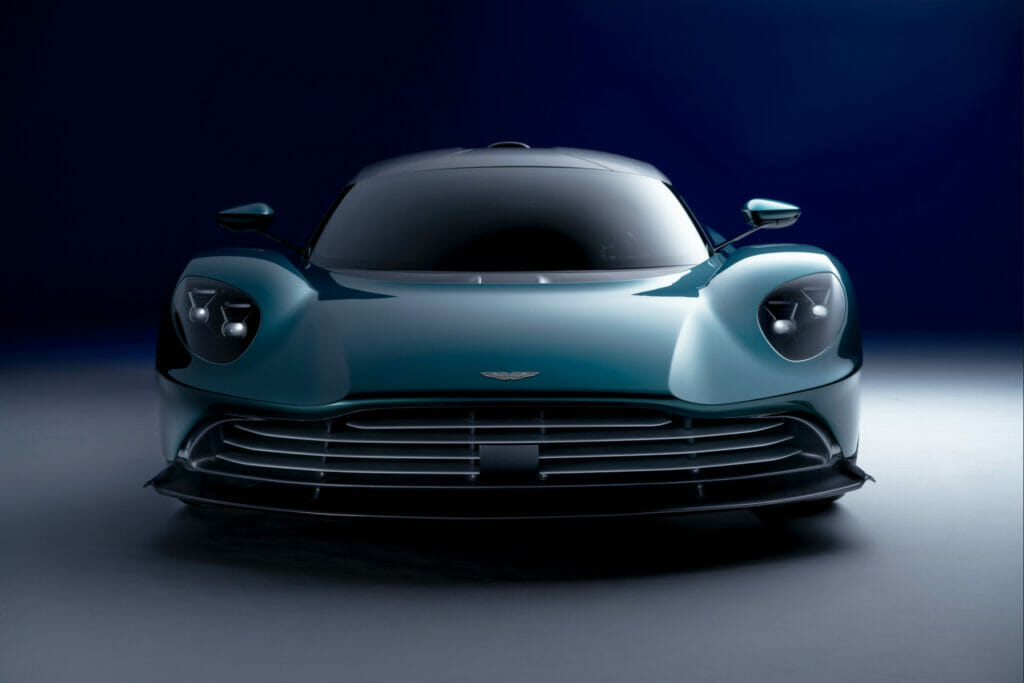 Looks like Aston Martin is hot on the heels of Bentley with the former also just announcing its own desire to go electric. And Aston has done this with the launch of an almost guilt-free newcomer – the brand-new Aston Martin Valhalla plug-in hybrid supercar!

Sure, things haven’t quite been going Aston Martin’s way lately, with the brand experienced a lot of turmoil recently, from the cancellation of planned models and engines to the forced restructuring of its brand-new Formula One team.

But all this was perhaps quickly forgotten come July 15, as the marquee’s boffins at its spiritual home in Warwickshire in the U.K. brought forth a mid-engine supercar with a V8 and two electric motors, a carbon-fibre chassis, more than 580 kg of downforce, and a total power output of 937 hp. Oh, and it’s also set to be James Bond’s new car, too!

And this new set of wheels is certainly a beauty with substance as the bigger deal about it actually revolves around the powertrain. When the concept was unveiled in 2019, Aston said the Valhalla would use a new twin-turbo V6 engine developed in-house, but that got shelved. Instead, the production Valhalla has a twin-turbo 4.0-litre V8 with a flat-plane crankshaft.

Aston says this V8 engine is also bespoke, but more likely it’s a version of the engine used by the Mercedes-AMG GT Black Series (Mercedes-Benz does own 20% of Aston, after all). It produces 740 hp and has a 7,200-rpm redline, with power sent to the rear axle. Aston describes the engine as the “most advanced, most responsive and highest-performing” V8 the brand has ever used.

Augmenting the V8 is a plug-in hybrid system consisting of one electric motor at the front axle and another at the rear. Thus equipped, the Valhalla can hit 130 km/h on electricity alone and it has an electric range of about 14 km. In EV mode power is only sent to the front wheels, but in other drive modes, the electric boost constantly varies between the axles — meaning the Aston Martin Valhalla has an all-wheel drive — with the ability to send 100% of power to the rear axle.

Total output is a whopping 937 horsepower, and Aston says the Valhalla will accelerate from rest to 100 km/h in just 2.5 seconds all the way to a top speed of about 350 km/h!

But suppose the one thing that’s still quite a mystery is how someone like James Bond would afford to tool around in his own, private Valhalla on a British civil servant’s salary. While Aston Martin hasn’t revealed the exact pricing of their electrified stunner just yet, many are already expecting it to cost at least £800,000!

Probably some special funding from Her Majesty’s Secret Service, we suspect…