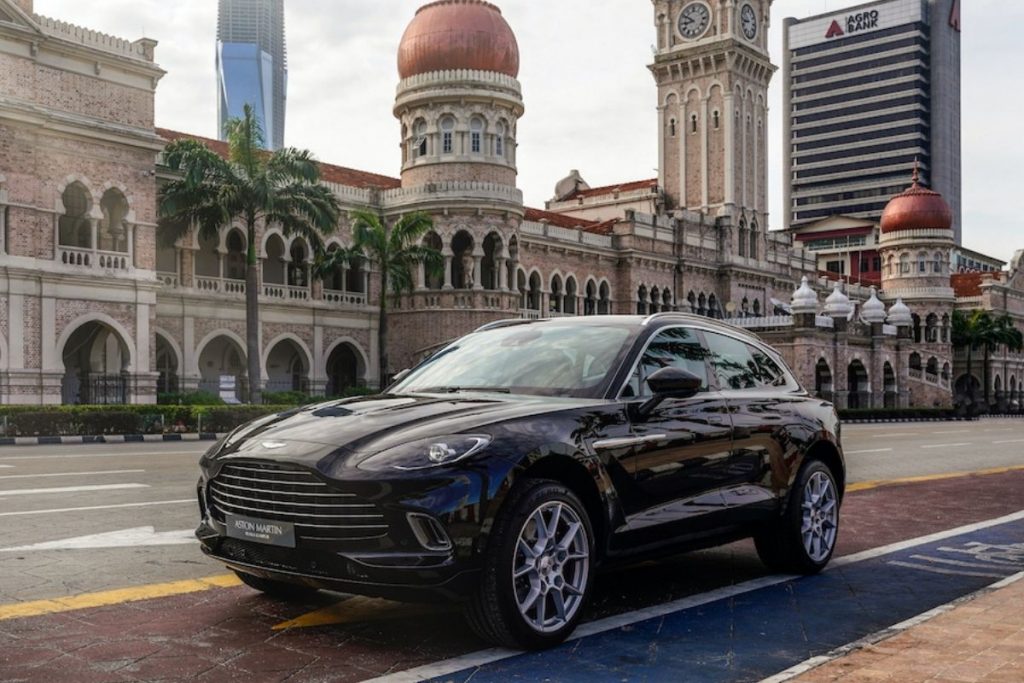 Best known for supplying James Bond with his wheels, Aston Martin now looks all set to capitalise on the hugely popular crossover market that has already seduced iconic rivals, such as Lamborghini with its wild Urus SUV. But while the Aston Martin’s DBX doesn’t quite have the Lambo’s extroverted styling, it still delivers its own brand of beauty.

Built for five, the DBX rides on a bespoke platform and utilises the tried-and-tested bonded aluminium construction process. This allows Aston Martin to tailor the packaging to suit its requirements in terms of design, interior space, functionality and performance – and, no doubt, go a long way towards convincing brand fanatics that an SUV can be a real Aston Martin.

To provide the new SUV with a huge breadth of ability, the latest 48-volt electric anti-roll control system (eARC) and electronic adaptive dampers are combined with adaptive triple volume air suspension. This is combined with a new version of the four-litre, twin turbocharged V8 engine found in the company’s DB11 and Vantage, and paired with a nine-speed torque convertor automatic gearbox.

Thus equipped, Aston Martin claims that its debut SUV can do the 0-100km/h sprint in just 4.5 seconds, and all the way to a top speed of 290km/h.

The marque’s characteristic styling cues also feature strongly, including a curvaceous design, a massive grille (the largest ever fitted to an Aston Martin, apparently), almond-shaped headlights, metallic side strakes, a Vantage-esque ducktail (with full-width tail lights) and a pleasing body-to-glasshouse ratio. Flush door handles, hidden window seals and a glass B-pillar cover give it a clean, concept car-like side surface.

The design team also paid close attention to the car’s aerodynamics, incorporating features such as ducted LED daytime running lights, large front fender ‘curlicue’ vents and a slotted tailgate spoiler to allow air to flow onto the rear windscreen. The latter not only keeps the glass clear of raindrops without the use of an unsightly wiper, but also works the rear ducktail.

So, will this behemoth fit into Malaysian driveways then? Well, at 5,039mm long, 1,998mm wide and 1,680mm tall, the DBX is longer than a Porsche Cayenne but shorter than both the Bentayga and Urus. Its wheelbase, however, is the longest of the lot at 3,060mm – shorter only than the massive Rolls-Royce Cullinan.

Aston Martin says that the SUV’s long wheelbase allows for class-leading head- and legroom at the front and rear. The slim front seats (which come with 12-way power adjustment as standard) and the minimised gap between the glass roof and sun blind free up useful interior space.

Step inside and one will immediately notice that the standard full-length panoramic glass roof opens the cabin up to some light; but if you want to keep it dark, you can specify the car with an Alcantara-trimmed powered roof blind, a first for the industry. And yes, the doors protect the sills to prevent you from staining your couture dress or Italian tailored suit!

There’s a floating centre console bridge and, along the sides, the decorative trim can be customised in a whole range of finishes, including solid wood and a flax composite that is a distinctive alternative to carbon fibre. The seats, meanwhile, are upholstered in full-grain leather from bespoke interior specialists Bridge of Weir.

A massive 10.25-inch infotainment screen – sitting above the air vents and below the push-button transmission controls – and a 12.3-inch instrument display command attention. You’ll even find dual-zone, 64-colour ambient lighting that will be familiar to owners of the Three-pointed Star. Apple CarPlay connectivity and a 360° camera system is, of course, standard.

As to be expected, the DBX comes with a plethora of safety devices. Autonomous emergency braking with pedestrian detection, adaptive cruise control, lane keeping assist, blind spot monitoring, rear cross traffic alert, automatic high beam, six airbags and stability control are all standard. There will also be a range of option packages offered, even such things as a Pet package that includes a portable washer for cleaning your furry friends!

So finally, there’s the question of cost. The DBX retails at MYR818,000 in Malaysia before options, taxes and on-the-road costs. That’s a fair bit higher than what Aston Martin Kuala Lumpur indicted last year, but the company says that the production units feature several quality improvements that have driven up the price.

But then, if you’re a Bond type with unlimited state funding, such things shouldn’t matter too much now, right?