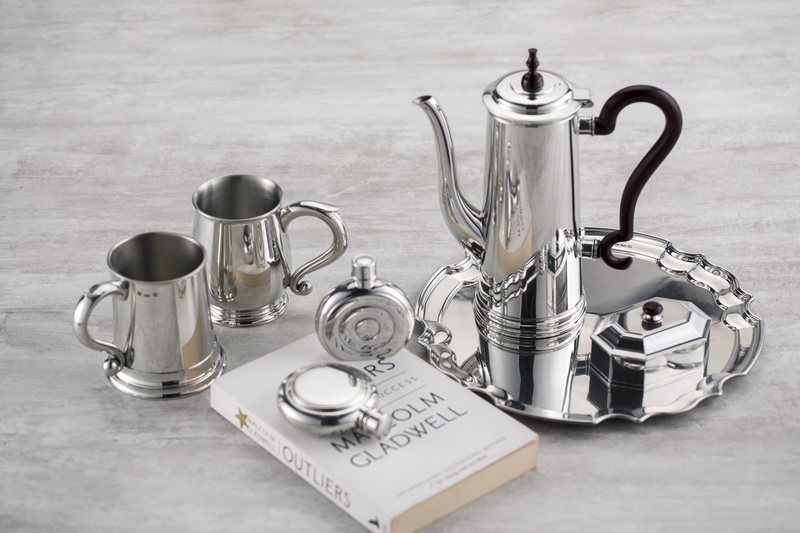 It is time to up your tablescape game with Royal Selangor’s latest pewterware collection.
Friday, October 11, 2019 By Jx Chong

Take a step back in time to colonial-era America through Royal Selangor’s Liberty Collection, pewterware that pays homage to the simplicity and elegance of that bygone era.

Featuring pewterware with curved, sculpted curvilinear rims and polished surfaces, it is clear to see that each member of the collection has its own unique story that ties in with the history surrounding colonial America.

Perfect as a gift for a housewarming party or elevating your at-home coffee experience, you can’t go wrong with the Wallingford coffee pot. The brilliant pewter finish evokes the can-do spirit of the American colonist who protested against the exorbitant tea tax by the English and resulted in the dumping of tea into the Boston Harbour. This fittingly paved the way forward for coffee to be the new beverage of choice.

The Wallingford coffee pot together with the octagonal Jefferson Container.

A hip flask is a cool way to store your favourite beverage.

The Boston tankards may come in two design but they are both equally stylish when raising a toast.

Next, there is octagonal Jefferson container which provides a snug space for storing all your sweets or knick-knacks. This was actually an adaptation of a late 1800s Palladian-style tobacco box. It also happens to echoes the favourite shape of the third American Thomas Jefferson, an accomplished architect, lawyer and politician.

Want to enjoy a sip while on the go? Just grab a hip flask to enjoy your beverage of choice. The Lancaster edition features a stylish moulded rim, reminiscent of a late 18th-century-dram bottle while the Delaware version sports moulded concentric rings with motifs adapted from the lid of a 19th-century hinged box.

If you are looking to raise a toast during a special occasion or moment, then there is no better way to do it with style than with the ‘tulip’ shaped Boston tankard. Featuring a straight-sided design, the Philadelphia version draws its look from the tankard made by William Will, an acclaimed 18th-century American pewter smith. The Boston tankard showcases the gentle curves of an early baluster shaped 18th-century tankard. Space is available for personalisation of both tankards. For those looking to serve drinks or hors d’oeuvres, there’s the Burke tray which sports an elegant Georgian-style pie crust rim.

Those interested in checking out the Liberty collection cab do so at any Royal Selangor retail store, authorised dealer and online at royalselangor.com from October onwards.