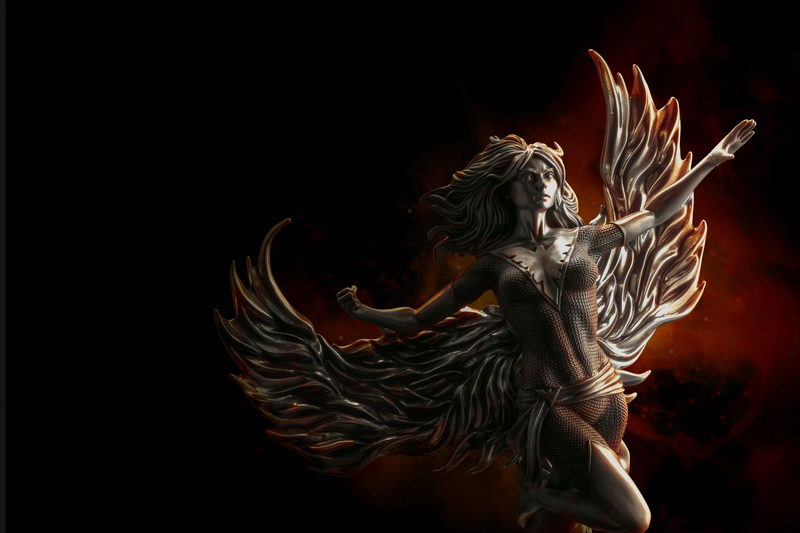 Royal Selangor and the Walt Disney Company have once again collaborated to release a brand-new Marvel figurine to its ever-growing range of collectible characters from the beloved universe of Marvel comics. The latest addition to Royal Selangorâ€™s Marvel Multiverse is X-Menâ€™s Phoenix in the form of the Limited Edition Phoenix Arising figurine, depicting the impossibly powerful alter ego of Jean Grey, founding member of the X-Men.

The 1/8 scaled sculpture shows the Dark Phoenix manifesting itself in the body of Jean Grey as she rises from flames that transform into the fiery wings of a phoenix. Limited to only 999 pieces, these individually numbered figurines are available for purchase from Royal Selangorâ€™s retail and online stores.

This launch of this limited edition figurine coincides with the return of the character and the rest of the X-Men to the big screen in the Dark Phoenix feature film. The launching of the Phoenix collectible figurine joins the other previously released cast of characters in Royal Selangorâ€™s Marvel Multiverse, including the limited edition life-sized, six-feet tall Iron Man Mark 42 suit, and various other figurines that feature well-loved characters such as Spider-Man and Captain America, among others.