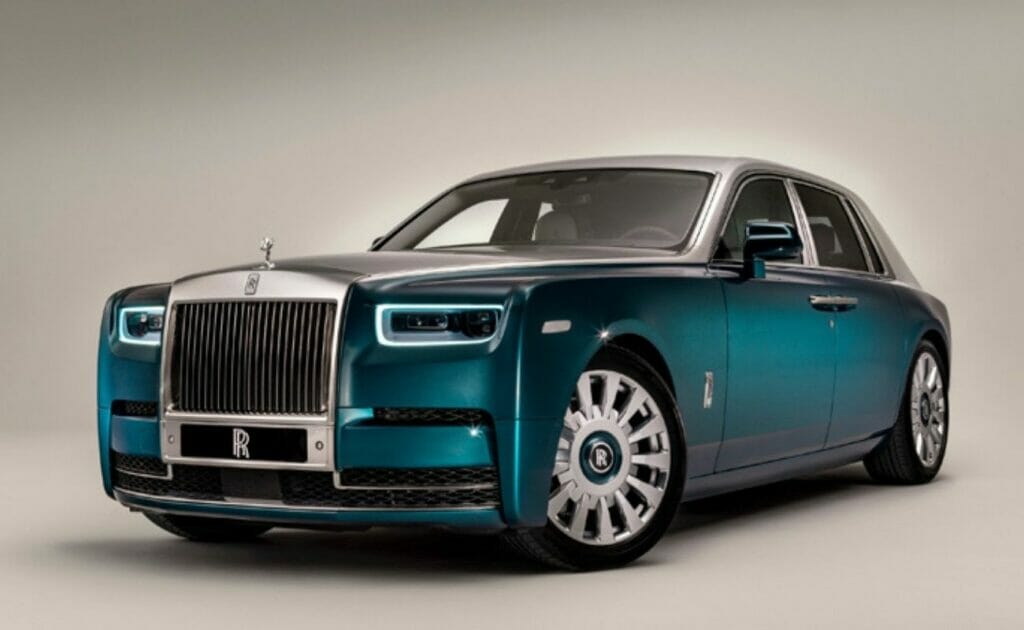 A stunning car that’s a fair bit off-the-beaten track, the Rolls-Royce Phantom Iridescent Opulence was recently unveiled to the world in Abu Dhabi. The story of this outstanding creation actually began back in 2017, when Rolls-Royce first revealed its current eighth-generation Phantom flagship model.

The then new car arrived as a completely redesigned and reengineered product from the ground up. These cars are known to be highly customisable, and Rolls-Royce says its buyers increasingly tend to be – surprise, surprise – collectors of fine, contemporary art.

Thus fittingly, one of the headlining features of the Phantom VIII is the ostentatious dashboard dubbed the ‘Gallery’, essentially a swathe of toughened glass with an embedded artwork that can be personalised by the owners, making it a canvas for creativity.

Over the years, many bespoke commissions have turned this gallery-on-suitably-plush wheels into an expression of art, design and engineering excellence.

Now, the Phantom Iridescent Opulence is a new masterpiece exhibiting deep hues of glimmering blue-green on the exterior. The same tones are carried into the interior in the form of the Phantom Iridescent Opulence Gallery, which features a mother-of-pearl clock inlaid into an abstract art installation made of bird feathers, designed in collaboration with Swiss-based ethical design brand Nature Squared.

“The opportunity of the Gallery concept allows us to work with a content of natural products that have never been seen before in the automotive world,” says Martin Ehrath, Head of R&D at Nature Squared.

As an established materials specialist, Nature Squared created the Gallery art piece by sourcing different sized iridescent feathers from a sustainable species of bird and wove them into a design that radiates out from the centre clock.

Extensive research was done to identify a sustainable bird species with the right plumage, and the feathers were selected for their iridescence. Eventually, more than 3,000 features were individually shaped to accentuate the sheen and rich hue of the natural feathers and hand-sewn onto an open pore fabric.

The Rolls-Royce Phantom is already a fairly solid symbol of conspicuous consumption, but the marque’s Bespoke programme churns out cars like the Phantom Iridescent Opulence that push the envelope even further. We suppose this new creation is but the perfect example of what can be achieved when you have master craftsmen and women at their best, working for you.