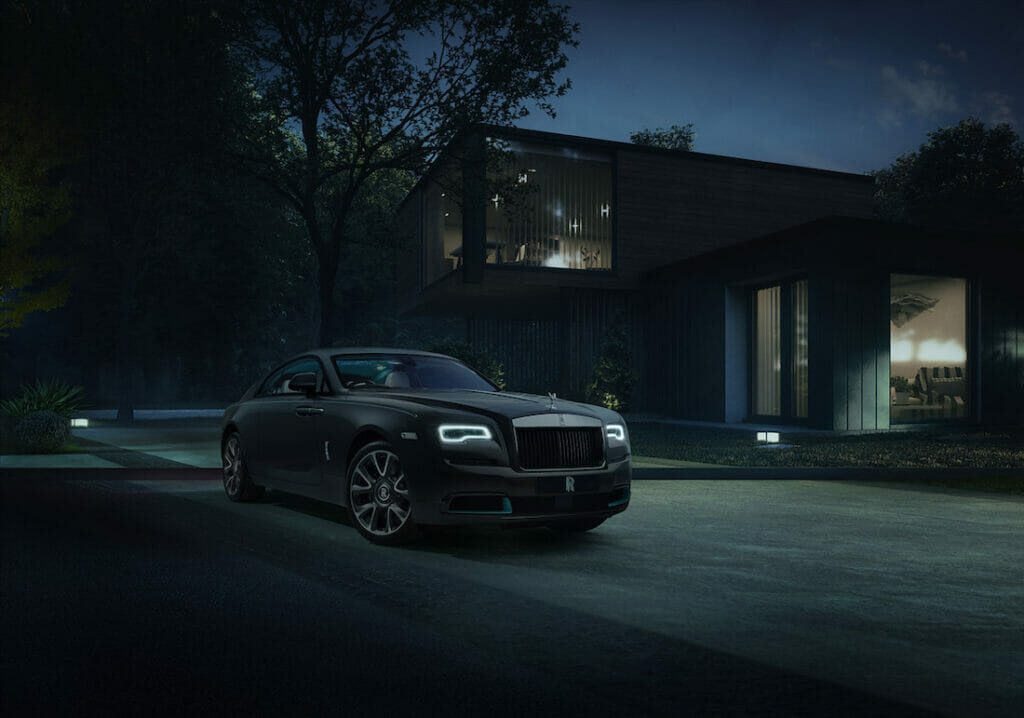 Time to break out that dusty Agatha Christie collection of yours from the study for some much-needed inspiration as it looks like you’re set to do some sleuthing of your own. A few months ago, Rolls-Royce – the now BMW-owned British luxury car marque established in 1904 in Manchester, United Kingdom – launched a special limited-edition version of its Wraith two-door hardtop coupé, called the Kryptos Edition.

Unlike most Rolls-Royces, where you pretty much left it to the chauffer to figure things out, this one has proven to be a bit more engaging for its owners. True, it is a coupé, after all, so it’s pretty much more of a driver’s car to begin with, but each Kryptos Edition also has encoded secret messages, or ciphers, hidden on it for the owner to figure out as well.

The brilliant idea behind this special automotive collection came from Rolls-Royce’s own Bespoke Designer, Katrin Lehmann, who has turned a personal interest in hidden messages into the idea of an encrypted car. But now, it looks like interested buyers determined to solve the mystery first should also factor in the cost of a team of cryptanalysts to help break it!

These days, there are few truly novel ideas when it comes to car marketing, but the one behind the Wraith Kryptos certainly seems to be one of them. Yet, maybe Rolls-Royce has overestimated the resourcefulness of its esteemed clientele this time around. After all, with the Wraith Kryptos, it seems to be attempting something closer to a Dan Brown novel, with “an encrypted cipher that evolves throughout the car for the clients’ pleasure and amusement.”

The trouble is, since the Wraith Kryptos’ global launch last July, none of the limited-edition’s 50 buyers have yet to successfully crack the riddle.

So, to help its clients along, Rolls-Royce has revealed the answer to the code scribed onto the Wraith’s unique Spirit of Ecstasy emblem. Apparently, it conceals the word “Kryptos” in coded cipher. Similarly, the embroidery on the headrests translates as the double-R monogram, also rendered in the cipher.

With such key reveals, Rolls-Royce hopes that it has helped its buyers to unravel the rest of the Wraith’s secrets. And those who do decide to take up the challenge now are invited to submit their efforts at cracking the code via the marque’s exclusive Whispers application beginning in February, with the first to complete the puzzle winning a unique and ultimately very prestigious mystery prize.

But perhaps before even bothering to send that email or Whatsapp to that RR contact of yours, know this: only two people at the home of Rolls-Royce in Goodwood, West Sussex, are privy to the full resolution of the puzzle’s sequence. They are above-mentioned designer and the brand’s own CEO Torsten Müller-Ötvös. Meanwhile, the answer remains in a sealed envelope within the latter’s safe.

So, we suggest you (and your team) should get cracking on some codebreaking of your own, then as time’s a wasting!