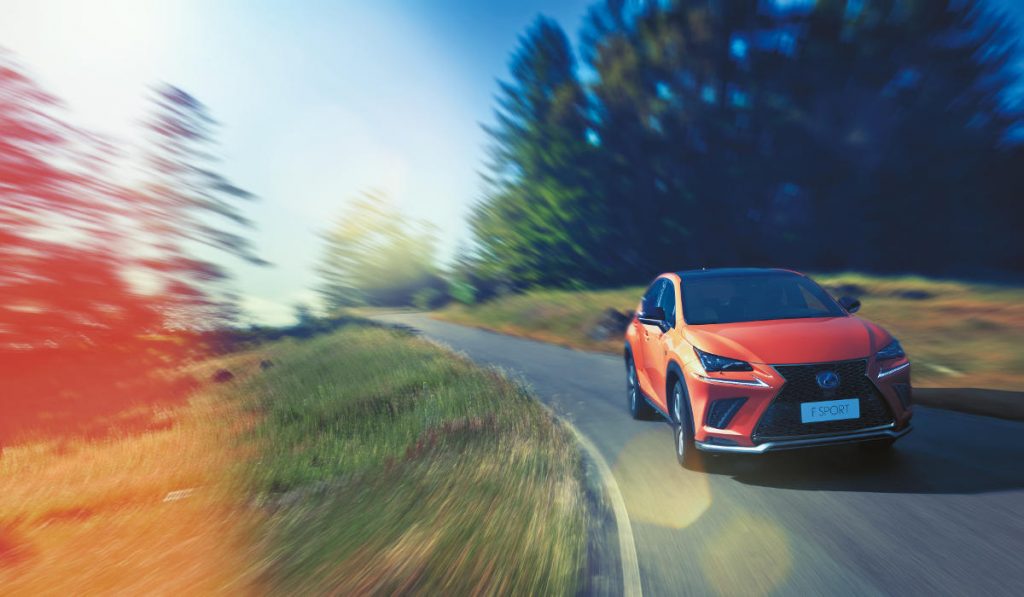 The Lexus NX is a very zeitgeist-y kind of car. Could this be part of the reason why consumers around the planet seemingly just can’t get enough of this hi-end crossover? Now, the luxury Japanese brand has revamped the NX, after just slightly more than three years, to keep pace with redesigns of rivals such as the Audi Q5 and even newer ones such as the Mercedes-Benz GLC. For Malaysia, the range consists of four variants – the NX 300 Urban priced from MYR311,900; the NX 300 Premium, which is priced at MYR329,800; the NX 300 F Sport priced at MYR387,900; and the NX 300h hybrid priced at MYR397,800 (all excluding insurance for Peninsular Malaysia private registration).

The refreshed NX begins life with a great head start, with its good size and retaining enough of the crossover DNA – high seating position, plenty of space – to satisfy those who lead slightly more adventurous lives than the average Malaysian baby-boomer. It’s a small point but the cosmetic update sees the NX increase in length by 10mm to 4,640mm, with the overhang bumped up by 5mm at either end. Other measurements, inside and out, remain unchanged.

And, yes, it’s very well built too. Inside and out, quality feels very high indeed, and the driving position is widely adjustable, with well-bolstered seats and a panoramic moon roof too – available as standard for the NX 300 Premium. Lexus refreshingly does cabins very differently to the German marques, with copious switchgear and the use of novel materials to clad an architecture that favours rigid strata over flowing curves.

Also grabbing attention is a larger 10.3-inch multimedia display with improved ‘remote touch’ controller. This touchpad has seen a surface increase of 30 per cent for better control when selecting menu items while keeping your eye on the road while at speed. At first, this interface appeared to be the stumbling block to wholly loving the NX’s interior, but after just half-an-hour in the car, moving your digits across its smooth surface and clicking on the item you desire becomes second nature.

There are two cup holders separating the driver and front passenger along with a power source and USB connection. Meanwhile, the Drive Mode Select function, which allows the driver to switch between eco, standard and performance-oriented drive modes, has also been improved, and can now be programmed to remember drive mode, chassis and air-conditioning settings.

In the back, head-, leg- and toe-room (behind my 188cm driving position) is generous for longer trips, and the pull-down divider that separates the rear seat is home to more cup holders, with room in each of the doors for bottles. There are also vents for backseat riders, and an ISOFIX attachment point in each window seat. Boot space is easy-to-load 500l, and that number swells to 1,545l with seats folded flat.

Outside is a new grille and bumper (front and rear) design and ultra-compact three-beam LED headlamps, which is inspired by the LC 500. Eighteen-inch alloy rims with new designs are also fitted, while the exhaust tips feature a baffle-type design. There’s a choice of seven exterior colours for all variants except the F Sport, which has eight, two of which are exclusive to the variant.

Other than the hybrid NX 300h, all NX variants share a 2.0l four-cylinder engine that produces 235hp at between 4,800 and 5,600rpm, with 350Nm of torque from 1,650rpm up to 4,000rpm. The D4-S injection system, which uses a combination of direct fuel injection and additional port fuel injectors, helps ensure ample power and crisp responsiveness at all engine speeds. Dual Variable Valve Timing with intelligence-Wide (VVT-iW) optimises torque throughout the engine speed range, and allows the engine to start in the Otto cycle and then run in the more fuel-efficient Atkinson cycle at cruising speeds.

Perhaps the best news about the refreshed NX is the way it drives: it’s hard to call fault with the experience, with a degree of polish, refinement and comfort that is expected by the car’s targeted customers. Significant improvements have been made to the suspension tuning to enhance ride and handling of the 2018 model, with springs, stabiliser bars and bushings retuned for improved turn-in response and steady-state cornering. Also, new shock absorbers improve the quality of the NX’s already smooth ride.

Time behind the wheel of the updated NX was relatively brief, but a quick, twisting drive through Karak and bookended by the capital’s city and suburban streets did highlight a broad cross-section of this medium crossover’s repertoire. It’s lively and energetic on the tarmac at speed — you can feel the stiffer tuning of the suspension, but it’s the engine that adds to the entertainment by offering accessible fun, within limits, of course! There’s a muscular mid-band power delivery, complete with an engaging engine note once you get up to speed.

Neat, sophisticated, just the right size for what the market needs in this neck of the woods and drives exceedingly well… The new Lexus NX is a most credible offering, with a nicely trimmed cockpit offering long-distance comfort for driver and passengers. Looks like the refreshed NX is set to continue the previous model’s best-selling ways in the compact/luxury crossover category!