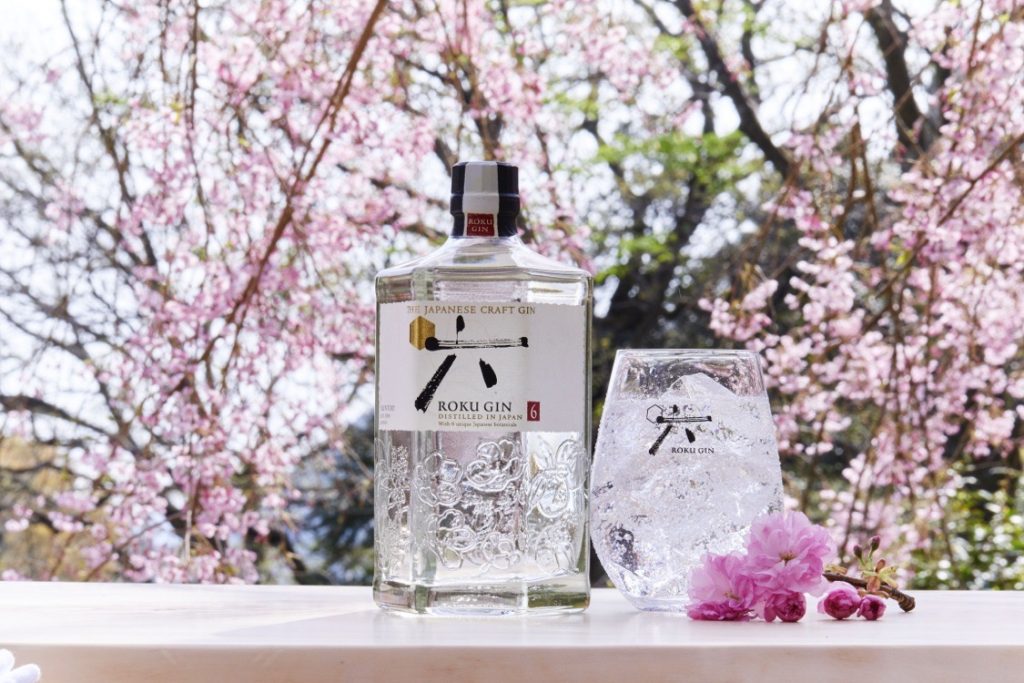 While it was once seen as the tipple for geriatrics, gin has over the years soared in popularity with the Brits alone purchasing 47 million bottles in 2017! Yes, thanks to a bigger interest in cocktails, a desire for more low-calorie drink options, and the increase in innovative and exciting gins on the market, the juniper-based spirit has become the on-trend tipple of choice in the UK, and right here in Asia too.

And since gin has now become one of those drinks that one would instinctively order when on a night out (although, this hasn’t been happening much lately now, has it?), it’s only natural that new players would be interested in a piece of the action. So now, enter Santory’s dark horse from the Land of the Rising Sun – Roku gin!

Roku simply means ‘six’ in Japanese, and this very interesting drink is distilled in Osaka. It is made with Sakura flower, Sakura leaf, Yuzu peel, Sencha tea, Gyokuro tea, and Sansho pepper, for a somewhat spicy finish. What’s more, each Japanese botanical has been harvested following the concept of shun, which means they are only harvested at peak flavour.

The meticulous craftsmanship of the gin, which reportedly took over two years to develop, is reflected in the selection process of the ingredients and even the way the botanicals are distilled. Such contemporary or ‘new wave’ gins generally place less emphasis on juniper – unlike, say, in the all too familiar London Dry Gin – and instead, highlight botanicals of the region in which they are produced.

Apparently, Roku is also the perfect gin for James Bond’s favourite tipple – the unflappable Martini. Why so, you might ask? Well, this is because Roku’s bitterness almost simulates the inclusion of Vermouth. You can go super dry with Roku and still have a Martini that hits the expected notes, making Roku gin one of the best Martini gins of recent times.

And while Roku plays nicely in most gin-based cocktails, some actually prefer to let its flavour shine in a simple Gin and Tonic. After all, the gin won a gold medal in the 2019 New York International Spirits Competition!

Still not convinced? Well then, why not think about this then: To make Roku, Suntory distills the six botanicals in it separately, according to category, in one of four distinct types of pot stills. It’s then filtered through bamboo charcoal to give it a smooth, lightly sweet flavour. Talk about going that extra mile, eh?