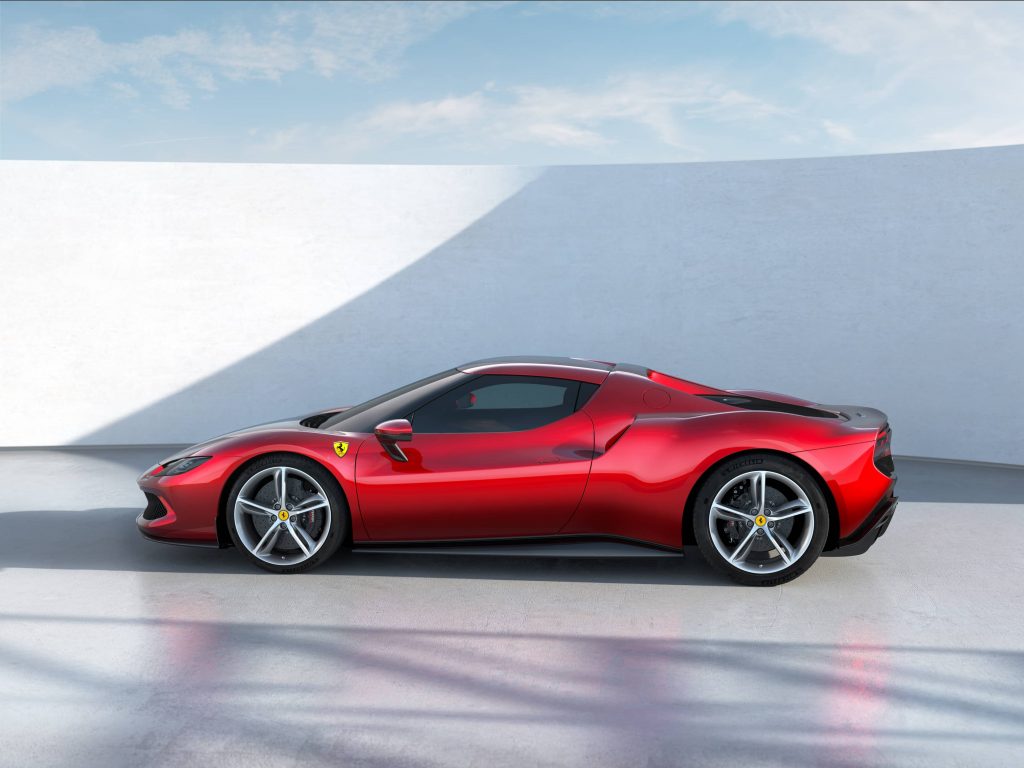 This much-anticipated new model from the Italian automotive legend replaces the F8 Tributo in the manufacturer’s storied lineage of mid-engine “entry-level” models. And it actually brings with it a couple of twists: one old, one new. The new: it’s a hybrid. The old: the engine is a V-6 engine. The first-ever put in a road-going Ferrari!

No, this is not a ‘beginner supercar (seriously, is there even such a thing in high import duty Malaysia?). Whatever you want to call it, the car sits at the end of a long process of evolution for the Italian carmaker. This began in the 1960s and ’70s when Ferrari wanted an entry-level sports car to take on the less-expensive Porsche 911 but didn’t want to take the Prancing Horse badge downmarket.

So, Ferrari launched the Dino line—named for Enzo Ferrari’s son, Alfredo “Dino” Ferrari, who died at age 24 from complications with muscular dystrophy – as a kind of diffusion line for the brand, the Tudor to its Rolex. The Dino brand debuted with the swoopy 206 coupe, produced from 1966 to 1974 (later as the 246 GT and GTS), always with a V6 to keep costs 911-adjacent. A V6 that Dino had helped develop, before passing away.

Fast forward to 2021, and Ferrari’s clearly got no issues with a V6 wearing the badge. After all, isn’t everyone in the motoring industry downsizing these days? The new car’s name, which combines its total displacement (2992 litre) and a number of cylinders was chosen, with the addition of the GTB (Gran Turismo Berlinetta) acronym in finest Ferrari tradition, to underscore this new engine’s epoch-changing importance to Maranello.

Ferrari has released some stunning figures including a 0-100 km/h time of 2.9 seconds and 0-200 km/h time of 7.3 seconds. It can also drive in an eDrive mode which gives it a range of 25 kilometres using just an electric motor releasing zero emissions, though this mode can’t be used for more than the odd run around one’s taman…

The 296 GTB also gets a fully digital cluster on the inside. So, from a design and theme point of view, it may be a throwback to the 250NM or the 246 GT from the swinging ‘60s and psychedelic ‘70s, from the inside it is a boldly modern Ferrari.

But for those with customisation in mind, the 296 GTB is readily available with the ‘Assetto Fiorano’ package, featuring GT racing-derived adjustable Multimatic shock absorbers optimised for track use, high downforce carbon-fibre appendages on the front bumper that can deliver an additional 10 kg of downforce and more extensive use of lightweight materials such as carbon-fibre for both cabin and exterior.

Then, there’s also the ‘Assetto Fiorano’ boasting an ultralight Lexan rear screen, and Michelin Sport Cup2R high-performance racing tyres, obviously aimed at the track enthusiast. Couple that with a livery inspired by the 250 Le Mans and you’ll get one heck of a tack day special!.

But hang on, no need to call the bank just yet… deliveries of the 296 GTB are set to begin only in the first quarter of 2022. This will kick off obviously in the European markets with prices starting from a cool 269,000 euros (RM1.47 million)….