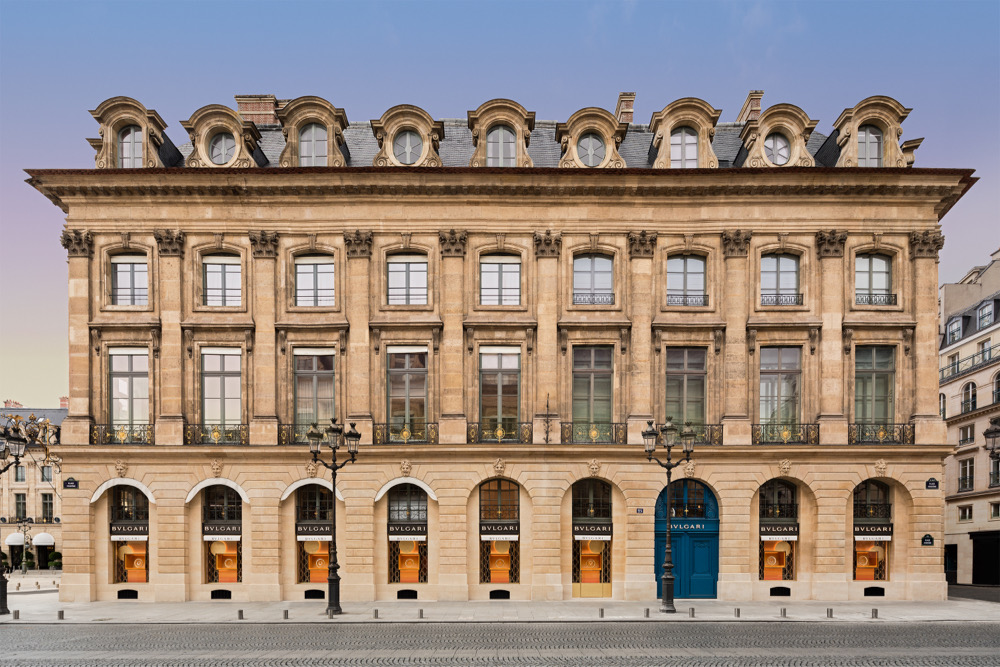 The relationship between Roman Jeweller Bvlgari and Paris the city is one that dates back to 1979 when its first store was opened at the legendary Hotel Plaza Athénée. Today, 40 years later, there are approximately 17 stores in the City of Lights, but none more iconic than the newly redesigned and restored Parisian flagship store at Number 23 of Place Vendôme.

Built at the end of the 17th century, the two Palais hosting the new Bvlgari boutique – the Hôtel de Boullongne and Hotel Peyrenec de Moras – were officially acknowledged as historical buildings in 1930, and have now undergone a major restoration in compliance with the city’s specifications for Place Vendôme.

The man behind the remodelling is architect Peter Marino, who along with four artisan laboratories – Atelier Chevalier, Atelier Perrault, VLD Paris and Art Mural –have created a new architectural identity for Bvlgari that draws on its Roman roots and cultural heritage with a focus on materiality, colour, and historicism. All the stone elements of the façade, including the sculptures, have been reintegrated and there is a single eye-catching blue wooden door as the main entrance.

Step inside and experience the feeling of being in a luxurious Roman home; the store is a place where visitors feel like guests while enjoying some Roman vibes in the heart of Paris. The newly-renovated interior recreates the exciting dialogue between cultural heritage and the eternally modern taste Bvlgari stands for and there is no shortage of references to the realm of jewellery.

All images are courtesy of Blvgari.