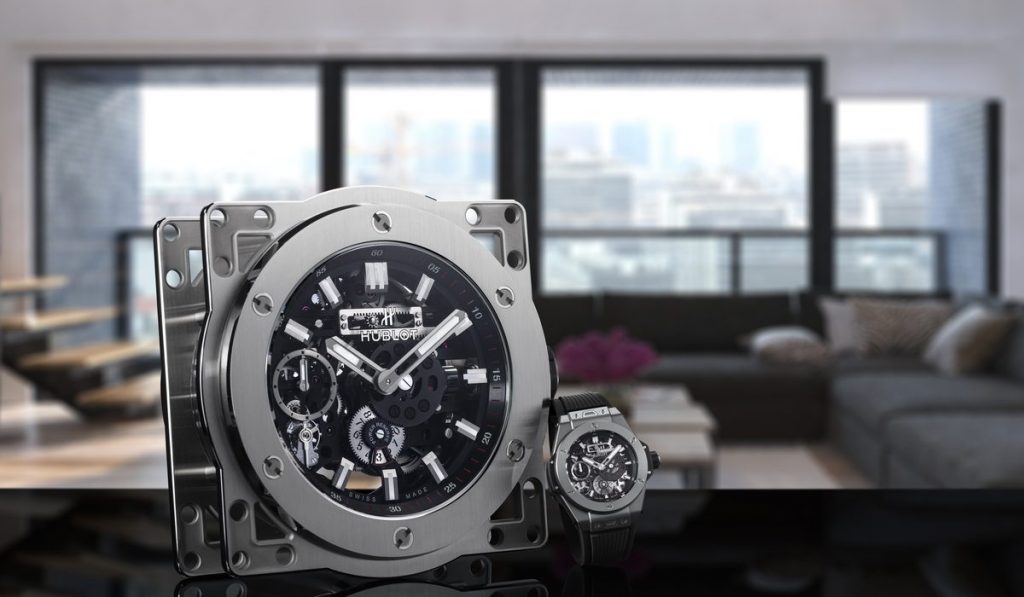 A L’Epee co-creation to accompany one of our favourite watches from Hublot
Tuesday, December 29, 2020 By Lynette Koh

In 2016,  Hublot unveiled the Big Bang Meca-10 in titanium or black ceramic, and the 45mm watch became one of our favourite launches that year with its cool new movement: aside from its impressive 10-day power reserve, what makes the manual-winding HUB1201 skeleton movement distinctive is its structure, which is inspired by Meccano children’s construction sets — as reflected in the movement’s perforated metallic strips, ratchet wheels, plates and so on.

Since then,  the Meca-10 family has grown steadily. While it has been launched in the Big Bang case in various materials since 2016, its movement was reworked this year: bearing a similar Meccano-inspired aesthetic and still boasting a 10-day power reserve, the HUB1233 movement sits perfectly in the tonneau-shaped Spirit of Big Bang case.

And now, for the growing ranks of Meca-10 fans, Hublot introduces the Meca-10 Clock. It was created with L’Epee, the Swiss high-end mechanical clock specialists that are probably best-known for its collaborative works with independent watch brand MB&F.

With the expertise of L’Epee, the Meca-10 movement has been made four times larger, while retaining most of its original specifications, including, of course, its 10-day power reserve. Like the watch, the clock features a skeletonised face that allows a clear view of the movement as well as the power-reserve indicator at 6 o’clock.

Measuring 19.6cm by 18.1cm and characterised by Meccano-style detailing, there  are two versions to choose from: steel (SGD67,100) or black PVD steel (SGD71,600). We can’t wait to see how else the Meca-10 family expands — literally or otherwise — in time to come.