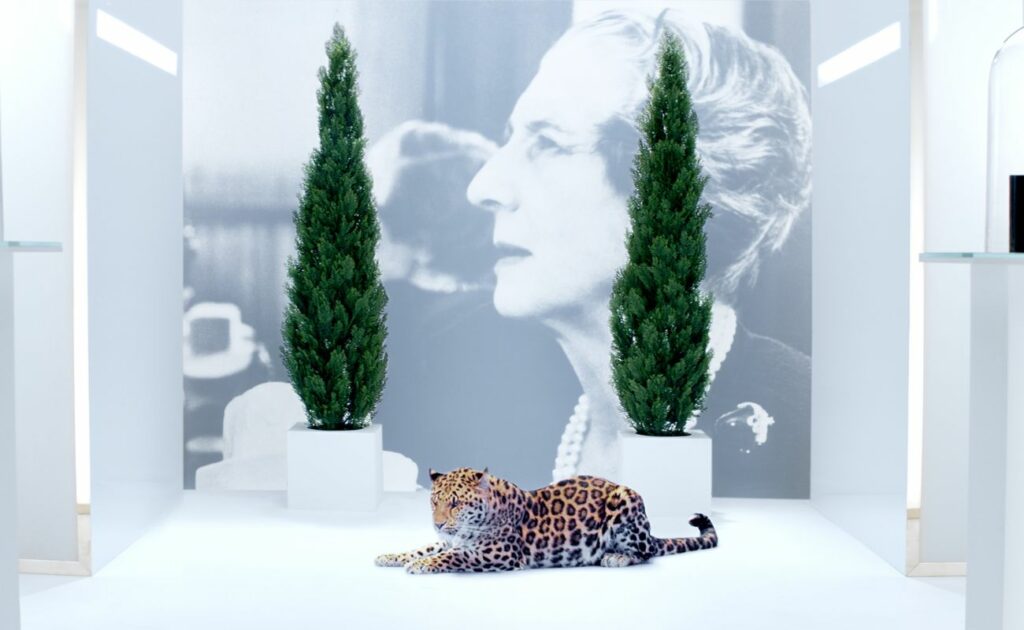 Cartier’s Into The Wild exhibition, celebrating its iconic panther emblem and the woman who inspired it, opens today.
Sunday, September 4, 2022 By The Peak Malaysia

The first sighting of Cartier’s much-loved panther icon was merely a hint – a pattern in onyx and diamonds on a ladies’ wristwatch from 1914 – of what’s to come. The abstract become figurative three years later, when Louis Cartier presented Jeanne Toussaint a cigarette case in diamonds, onyx and platinum featuring a panther flanked by cypress trees to.

Toussaint first met Louis Cartier before the First World War. She was a muse of the creative and social scene in Paris, and her sharp wit and fierce determination earned her the nickname ‘La Panthère’. Two years later, Toussaint ordered from Cartier a vanity case in gold and black Canton enamel that once again featured the panther, cementing her claim on the animal as her personal signature.

Impressed by her taste and originality, Louis Cartier invited her to come and work for the Maison. Starting off by designing handbags, she went on to design vanity cases, cigarette cases and other accessories before taking charge of the then new ‘S’ (Silver) department, which was to produce more accessible ‘designer’ collections.

In 1933, Toussaint became Creative Director of high jewellery at the Maison, one of the first women to occupy such a prominent position in the industry. She worked with designer Pierre Lemarchand, a frequent visitor to the Vincennes zoo (now the Paris Zoological Park), and crafted a new sculptural silhouette: the proud and powerful panther of the 1940s, transforming the motif into one of the most evocative pieces of jewellery of the 20th century.

One outstanding example is a 1948 Panthère brooch commissioned by the Duke of Windsor, with a power and predatory three-dimensional panther perched on a striking 116-carat emerald cabochon. What followed would be a glittering cascade of panther-inspired rings, earrings, pendants, bracelets and watches that dominates Cartier’s repertoire to this day.

Toussaint would remain Cartier’s Creative Director until she retired in 1970 and, in that time, she established the panther as the Maison’s icon as well as revolutionised the art of jewellery. Her trailblazing designs at Cartier did much to establish the Maison we know today – creator of some of the world’s most coveted jewellery. Little surprise that Louis Cartier’s ‘ma petite panthère’ is as much an icon of the Maison as the animal she admired and immortalised in precious stones.

Cartier is celebrating its beloved emblems this month with its immersive Into the Wild installation, which opens today and will run until 18 September. Discover the world of Panthère de Cartier in all of its stylistic forms – jewellery design, watchmaking, fine leather goods, home accessories, eyewear and high perfumerie – as well as the woman who inspired it through a sensuous experience staged at Workshop 3, Sentul Depot. Register online for entrance into the exhibition here now.

The first appearance of the panther pattern, in onyx and diamonds, on a ladies’ wristwatch from 1914.

Louis Cartier’s gift to Jeanne Toussaint saw the panther in full figure for the first time.

Toussaint commissioned Cartier to create this vanity case in gold and enamel that once again featured the panther.

The 1948 Panthère brooch commissioned by the Duke of Windsor featured a three-dimensional panther perched on a 116-carat emerald cabochon.