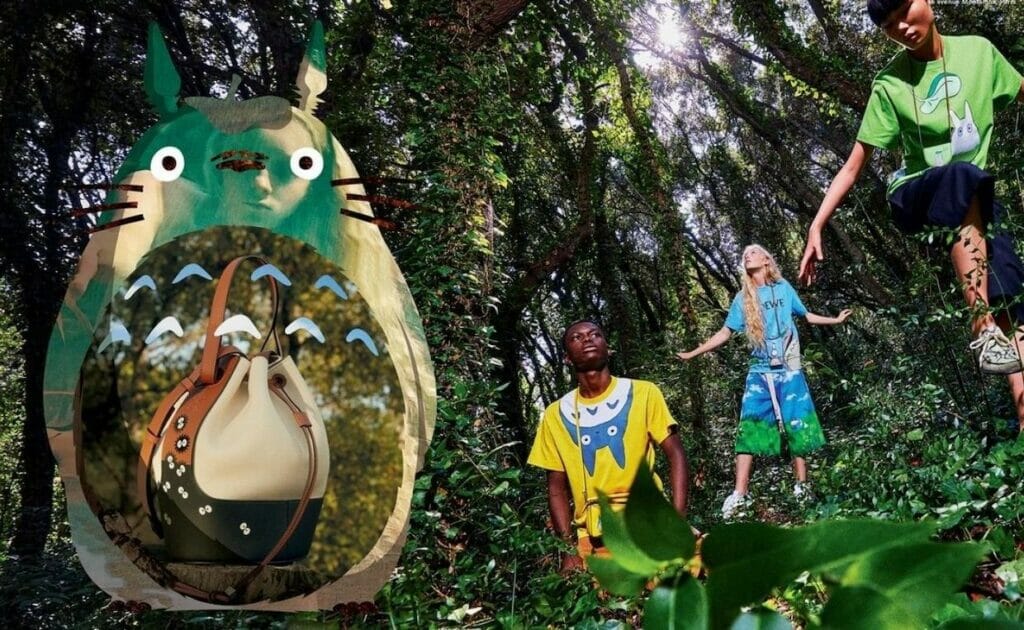 A collaboration that will enchant the many Hayao Miyazaki fans out there
Tuesday, January 12, 2021 By Lynette Koh

If the latest designer collaborations are any indication, now’s as good a time as any for some good, old-fashioned escapism. Firstly, you had Gucci’s kawaii tie-ups with the likes of Disney and Doraemon, and now you have Loewe launching a capsule collection featuring the characters from the popular animated fantasty film, My Neighbor Totoro.

In the press notes for the collection, Loewe’s Creative Director Jonathan Anderson says: “There is a natural longing for heartwarming feelings right now. When I think of a movie that affords me that kind of solace, speaking as directly to a child as it does to an adult, that movie is My Neighbor Totoro.”

The 1988 Japanese animated film, as many know, is one of the many successful works by Studio Ghibli. Founded by directors Hayao Miyazaki and Isao Takahata in 1985, the studio is behind multi-award-winning animated films including Spirited Away and Howl’s Moving Castle.

In the Loewe x My Neighbor Totoro collection, characters from the movie —including Totoro, his smaller-sized cohorts and the beady-eyed dust bunnies that take up residence in abandoned homes — appear on ready-to-wear as well as leather goods such as the Puzzle, Balloon and Hammock bags.

Aside from more straightforward (and very cute) prints, these characters have also been rendered using techniques such as leather marquetry (for certain bags and leather accessories), embroidery and hand-painting. The dreamy, pastoral landscapes in the film also figure prominently in the collection. The large camphor tree in which Totoro dwells, for instance, is depicted in delightfully fuzzy depth on intarsia knit sweaters. Also boasting equal levels of craft and cuteness: the dust bunnies that appear in different ways in the collection, such as mohair pom-poms hanging from the hem of a skirt. Our only complaint? Looks like the collection missed the Catbus.