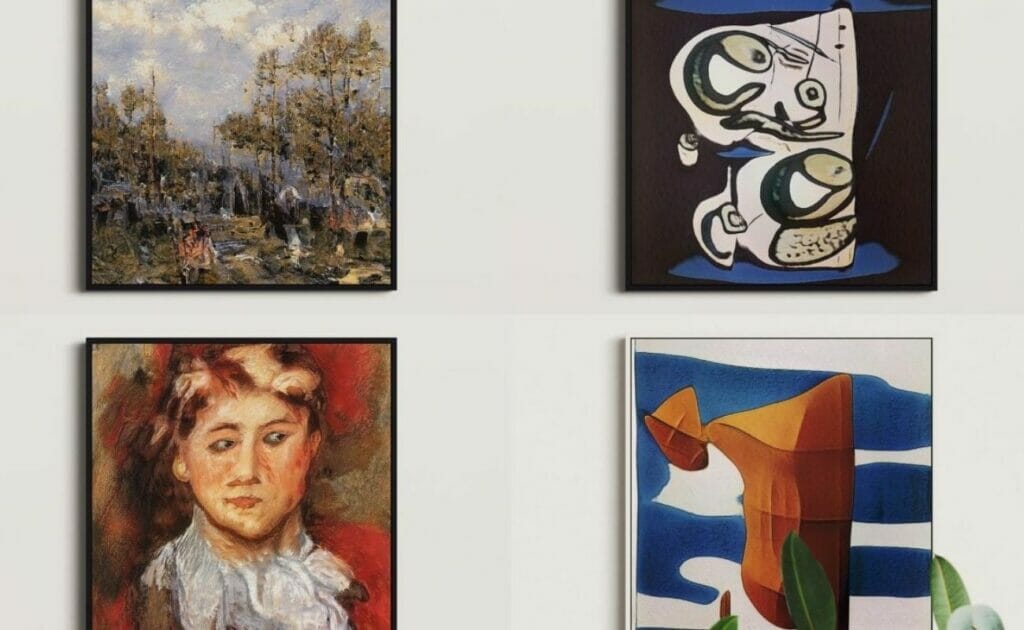 The service that’s democratising one-of-a-kind oeuvres painted by algorithm rather than by hand
Thursday, February 18, 2021 By Alvin Lim

Art is an expensive, and rather arcane, business. Artificial intelligence (AI) generated art is even more so. While it’s difficult to pinpoint when the first piece of AI art was produced, the first work of AI art to be sold at auction went under the hammer in 2018 at Christie’s. Edmond de Belamy was sold for a cool USD432,500 – nearly 45 times its estimated value.

These artworks are produced by way of machine learning – that is, providing systems with a given dataset and letting them work out the rest. The system can either attempt to find similarities between, say, impressionist art before churning out something resembling said impressionist art; or sifting out core facets of the art it’s processing before trying to create something completely novel.

It’s the second process – which is also known as a Generative Adversarial Network – that’s being used at AI Art House. After receiving images comprised of proprietary abstract and impressionist art, the system learns, adapts and creates an original oeuvre – one that is an order of magnitude better in resolution than you can get from competitors, said co-founder Jeremy Levine.

The technology used at the AI Art House is also a step up from what was used to create Edmond de Belamy, and only a single iteration of each piece is – or will ever be – created. You, and only you, will have access to the piece of art you just bought.

Which brings us to the big question – how can AIs truly create? That’s a touchy issue – many have stated that AI artworks aren’t created, but rather recreated. In a sense, systems, though creating entirely novel artworks, were merely imitating the creative process – not going through it per se.

That’s something, says the AI Art House, for you to decide for yourself. One thing for sure, though, the AI Art House democratises access to coveted, one-of-a-kind oeuvres typically stuck behind velvet ropes in museums and galleries.

Refer to its online gallery for its collection of AI-generated artworks (so far) if you’re interested in getting anything pretty for post Chinese New Year decorating. The arthouse itself is focusing on improving its proprietary AI tech and the art it produces into the near future.

Though no AI art piece has ever reached the heady heights of Edmond de Belamy again, it’s an art form – and medium – that’s made some solid headway into the mainstream. After all, AI art as a genre isn’t restricted to the realm of paintings – music and still images are some other areas that are seeing upticks in AI-led creativity.

It doesn’t mean that human created art is ever going to lose its intrinsic value. They just might face more than a little stiff competition from electronic rivals. As consumers, we can sit back and reap the rewards.

This piece first appeared in The Peak Singapore