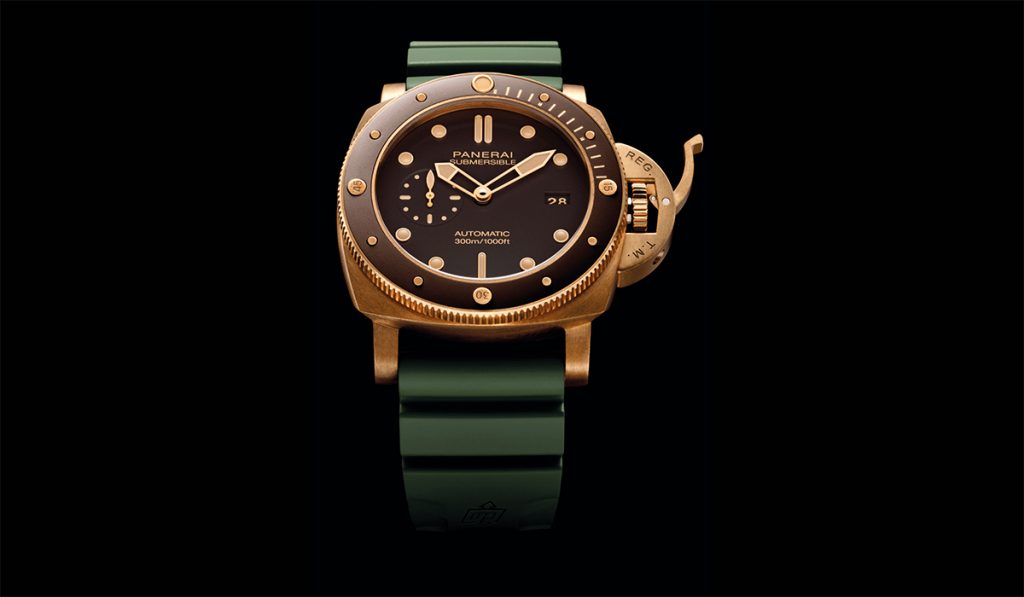 Whatever your style may be, whether it is Richard Mille, A. Lange & Sohne, Panerai or Hermes, there is definitely a watch on this list that will catch your fancy.

Bronze is one of the reasons luxury watches get to see the light of day, rather than the insides of a winder or safe. The modest alloy has become an increasingly popular material in watchmaking, with buyers enjoying how exposure to air gives bronze cases a beautiful patina over time that varies with individual use.

Since the first Bronzo debuted in 2011, Panerai has occasionally released bronze models over the years, but always in limited editions. That changed this year with the introduction of the Submersible Bronzo PAM 968. Not only is it readily available to everyone (who can afford it), it has the most bronze ever seen on a Panerai. Thanks to a case measuring a hulking 47mm wide and a chunky crown-locking mechanism, you get 161 grams of bronze on your wrist. Complementing all that metal are a black ceramic bezel insert, brown dial and honey-coloured lume.

Living up to the Submersible name, the watch is water-resistant to a depth of 300m, so the self-winding P.9010 movement will be safe on even the most extreme diving trips, and will continue to run for 72 hours on its own. The caseback is made from titanium, in consideration for those who might be allergic to bronze, and comes with an exhibition window for a clear view of the calibre. A thousand pieces will be made every year, so less die-hard collectors need not worry about missing out.

If you don’t know that it’s the 25th anniversary of A. Lange & Sohne’s Lange 1, you will by the end of the year. The Saxon watchmaker has planned 10 commemorative models to be released throughout the year, each a special version of a Lange 1 variation and limited to a scant 25 pieces. Now that the Lange 1 “25th Anniversary” and Grand Lange 1 Moon Phase “25th Anniversary” have been unveiled, it’s the Little Lange 1’s turn. The dainty 36.8mm watch has the same silver dial, printed blue numerals and blue hands as the other anniversary pieces released so far, and is equipped with the hand-wound L121.1 movement. Three down, seven to go.

Watches that are built for performance tend to have rubber straps for good reason. What they lack in glamour, they make up for in durability and lightness. But Richard Mille has just released a bracelet (which is already uncommon for the brand) that is elegant enough to debut on a ladies’ model. The RM 07-01 Ladies’ in Carbon TPT now comes with a matching Carbon TPT bracelet. Taking over a year to develop, it features dozens of Carbon TPT plates on a titanium skeleton. Not only does the proprietary carbon composite’s unique pattern now extend past the case, the bracelet is also designed to be supple and rigid, and weighs just 29g.

A twinkle in time

There are ways to admire timepieces that don’t involve wearing them or perusing glass displays in a boutique. When you step into a watch exhibition designed by Hermes, the very concept of time becomes a notion of play, just as the maison’s watches are. Through colourful panels and pulsating lights, Hermes invites visitors to explore its latest pieces. Those include the creative Arceau L’Heure De La Lune moonphase, the new Galop d’Hermes women’s collection, the updated Carre H and the timeless Cape Cod, all presented in a setting as pretty as it is peculiar.