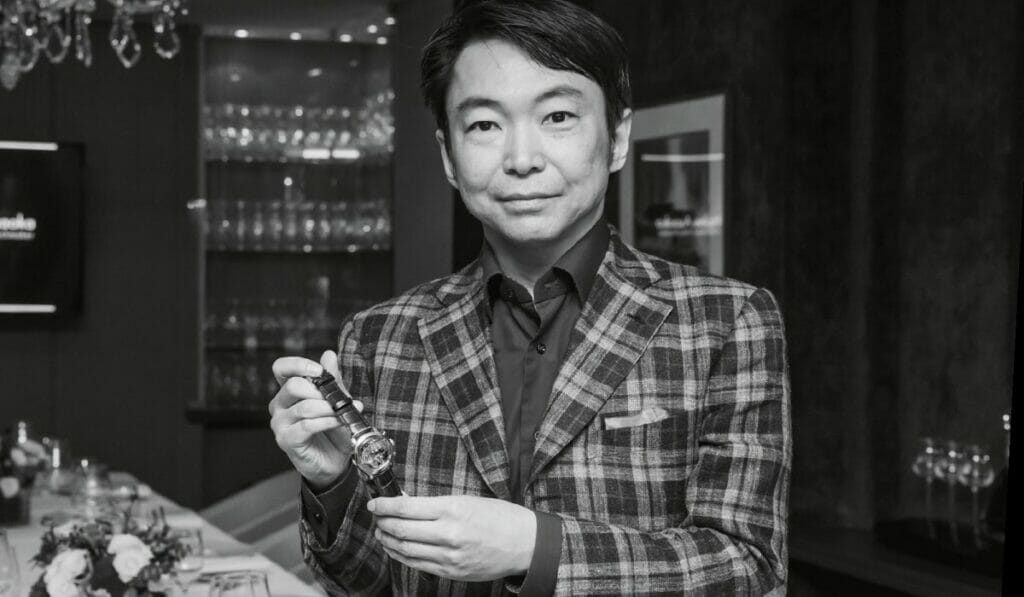 Hajime Asaoka put together a chronograph in five months – a feat so astounding that a watch engineer jokingly called him a liar.
Tuesday, March 6, 2018 By Editors

Durable – that’s how Hajime Asaoka describes himself when we speak at the Sincere Fine Watches boutique. It comes as no surprise that the independent Japanese watchmaker, who speaks through a translator, is a relentlessly hard worker who can toil at his workbench for 16-hour stretches.

How else could he have conceptualised and built his first chronograph – a finely finished column-wheel chronograph with an unusual layout – in just five months? A timepiece of this level typically takes years to develop.

With a smile, Asaoka recalls how an engineer at a renowned German watch brand reacted with humorous disbelief after learning of this feat: “He told me, ‘You’re a liar! Never tell my boss that.’”

That engineer might have felt a bit better knowing that Asaoka took 1.5 years to complete one of his earlier tourbillon watches – the Project-T Tourbillon. The movement of Project-T has a unique two-part modular construction that allows for easier production and servicing, and uses ball bearings instead of jewels for greater durability. To increase stability, the number of parts was reduced – for instance, the component that holds the tourbillon was machined from a single piece of metal.

Elaborating on the diff erence in time taken to create both watches, the Tokyo-based watchmaker explains that even though his latest chronograph has an unusual layout, he mostly worked around the traditional mechanisms of such timekeepers. But for Project-T, “I used a lot of new technology, and the structure was totally new. There was no reference.”

Not that he has a history of taking easy, well-trodden paths. A former product and graphic designer, he began studying watchmaking on his own in 1997, when he was tasked to design a wristwatch. His most important reference tome was Watchmaking by renowned English watchmaker George Daniels. In 2008, Asaoka successfully completed his first tourbillon prototype watch, after “making and throwing away many parts” over eight months. Incredibly, he has even designed and made some of the machines he uses, including dial-stamping and milling machines.

A mix of refined tradition and clean modernity, his designs reflect a watchmaking philosophy that is distinctly Japanese.

“My objective is to make watches that are new and interesting. But that doesn’t mean designs that are weird. I want to make watches simpler. I’m inspired by nature – look at animals or plants; their systems are aligned with functionality. There is nothing excessive. I like to make complicated things as simple as possible. If it were possible, my ideal watch would have only one wheel.”